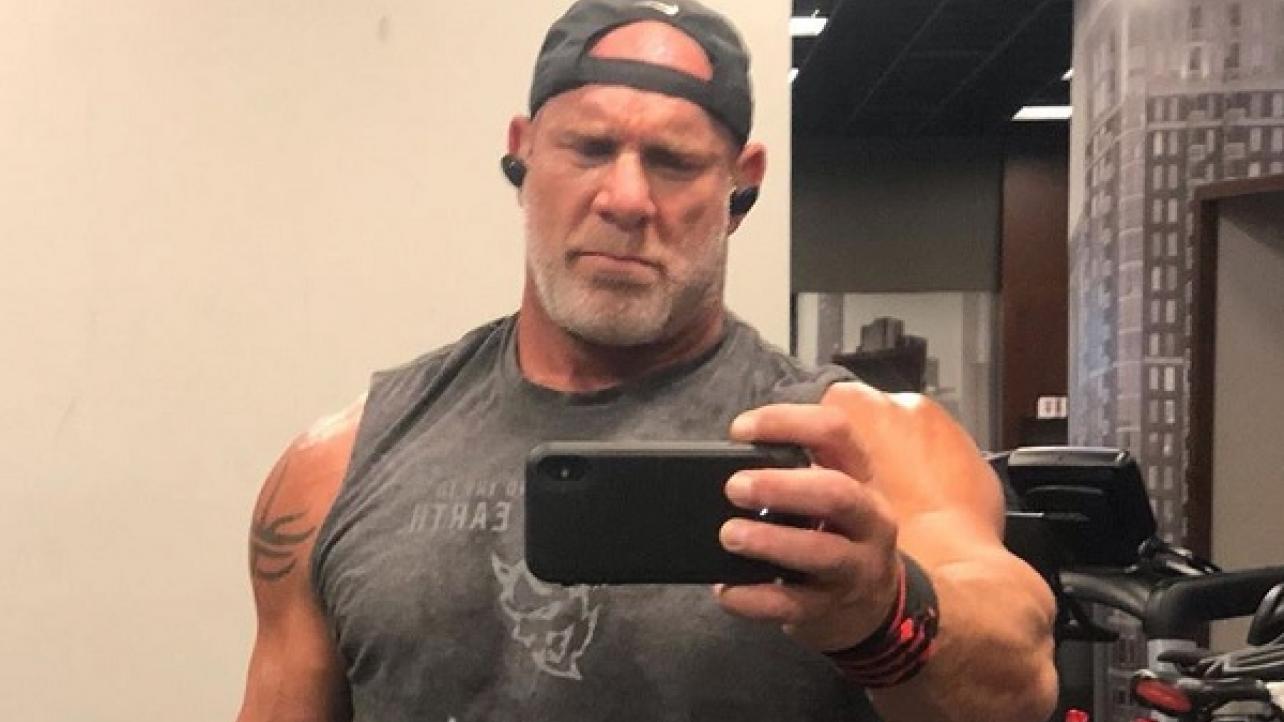 It looks like Bill Goldberg will be coming to Saudi Arabia in excellent shape next month.

As noted, the WWE Hall Of Famer will square off against The Undertaker in their first-ever match against each other at the WWE Super Show-Down special from Jeddah, Saudi Arabia on Friday, June 7th.

Ahead of his in-ring return, Goldberg took to social media this week to show off his physique three weeks out from his big comeback.

“3 weeks out,” wrote Goldberg in a post on his official Instagram page that included a photo of him in the gym. “Best way to describe the final push is like shoving an elephant into a thimble! #whosnext #spear #jackhammer #aintdoneyet #devestationcontinues @wwe #runningoutoftime #notmessingaround #muaythai #wrestling @dodgeofficial #mayorofmuscleville #imback #oldschoolgoldberg.”

Check out the photo of Bill Goldberg showing off his physique three weeks out from his WWE comeback against The Undertaker below.

Make sure to join us here at eWrestling.com on 6/7 for live play-by-play results coverage of the WWE Super Show-Down 2019 special!