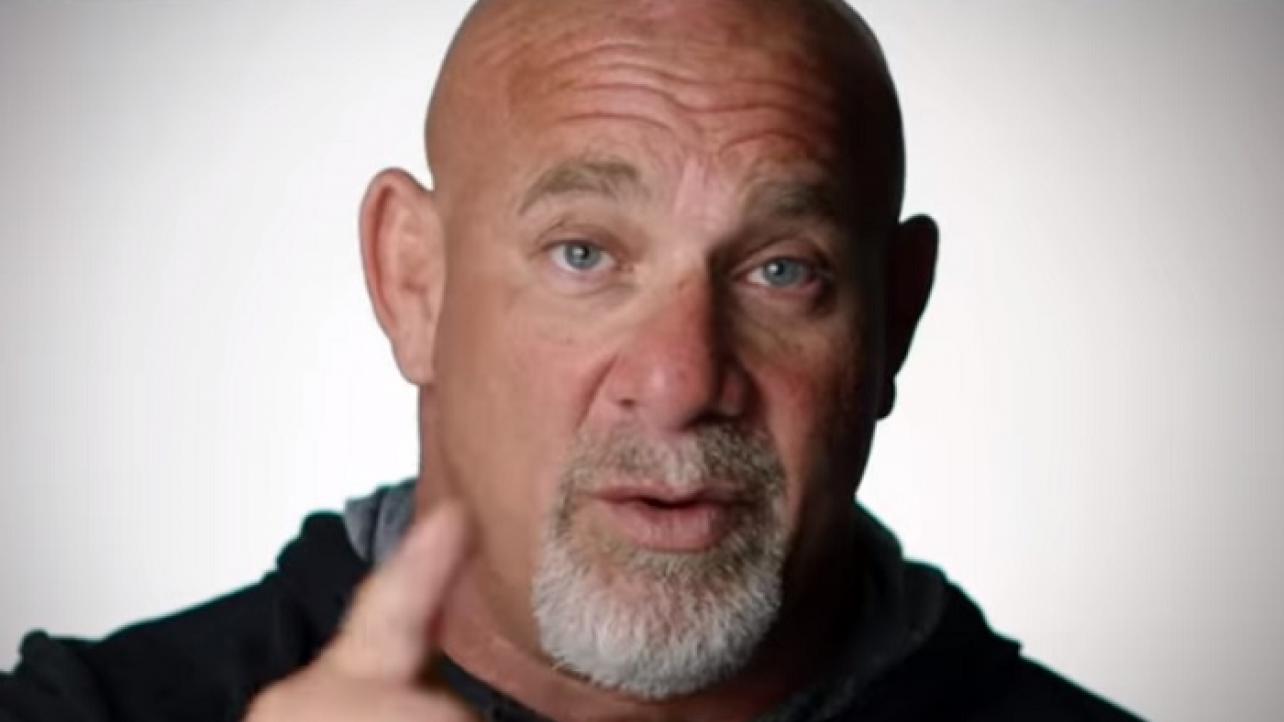 WWE Hall Of Fame legend Bill Goldberg recently spoke with the folks from Soundsphere Magazine ahead of his WWE Championship showdown against current title-holder Drew McIntyre at this Sunday’s WWE Royal Rumble 2021 pay-per-view.

During the interview, Goldberg spoke about who he wants to win the Royal Rumble match and go on to face him at WrestleMania 37 when he captures the WWE Title from “The Scottish Warrior” and who he views as the top future WWE Superstars in the company.

On who he wants to win the Royal Rumble match and move on to face him at WrestleMania 37 when he wins the WWE Championship from Drew McIntyre: “Wow. That’s an interesting question. You know, I’m going to plead the 5th and just say I don’t care. It doesn’t matter. I’ve got to get through Drew first. He’s the only one on my mind, I’m not looking past him for one second. He deserves the respect from a guy like me, he really does. I hope that I can conquer him, absolutely. Whoever the opponent is that wins the Rumble and gets to compete against the Champion at [WrestleMania], it’s going to be a wonderful fight whoever it is. I’ve got to kick Drew’s ass first.”

On four WWE Superstars he views as the future of the company: “I mean the usual suspects… Drew McIntyre, Keith Lee and Ricochet. I’ve always been a HUGE fan of Finn Bálor. I’d have to say those four are the future. There’s no question about it. In my opinion. And what do I know?”

Check out the complete interview at SoundsphereMag.com.