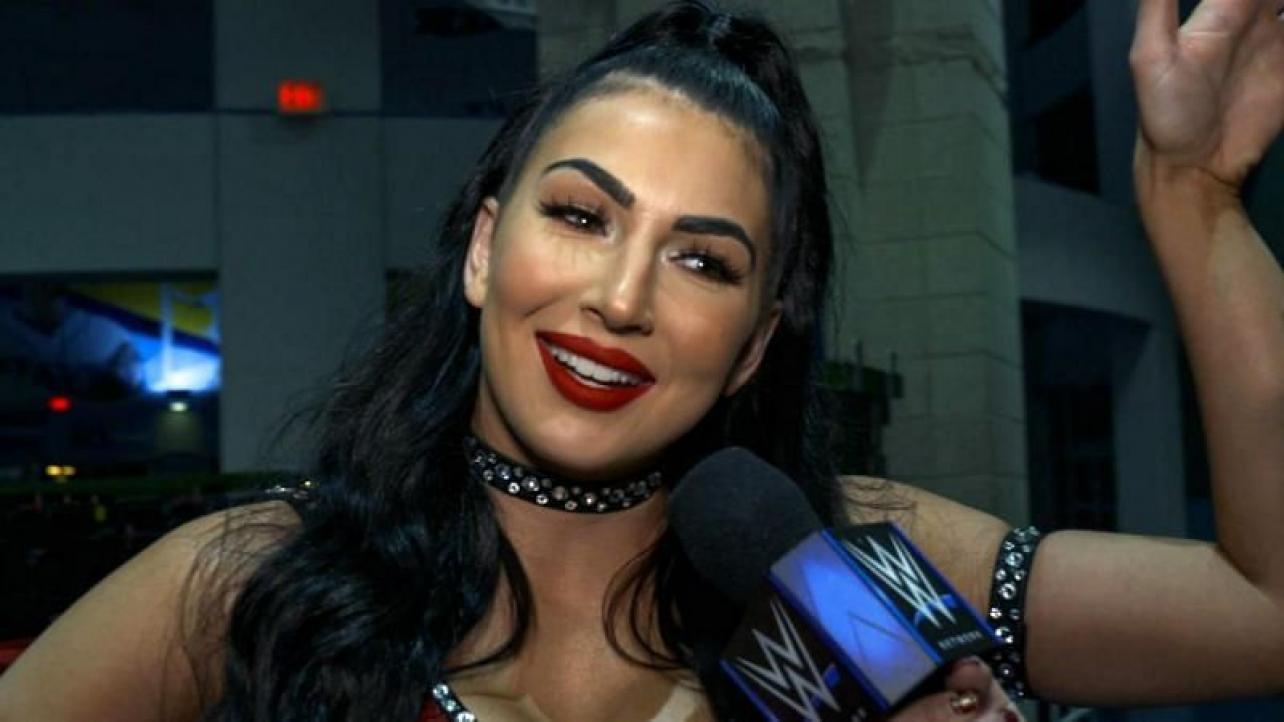 Billie Kay signed with the WWE back in April of 2015. Billie Kay last wrestled for the WWE in the Tag Team Turmoil Match on Night One of WrestleMania 37, when she and Carmella teamed up. Billie was among the WWE Superstars recently released, along with Samoa Joe, Peyton Royce, Chelsea Green, Mojo Rawley, Mickie James, Bo Dallas, Wesley Blake, Tucker and Kalisto. Former WWE Superstar Billie Kay is under a 90-day non-compete clause with the WWE until July 14th.

Below is the use description Billie Kay submitted to the USPTO: