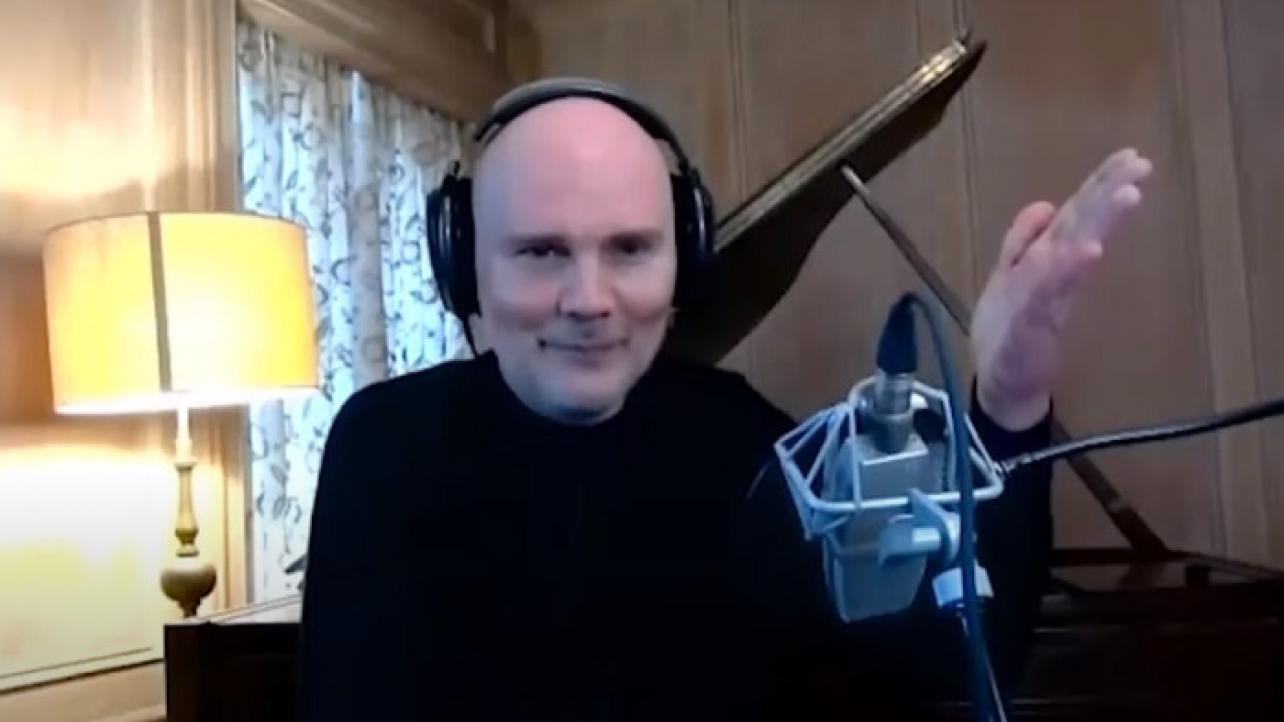 During the discussion, the NWA President and Smashing Pumpkins front man spoke about Flair’s potential future in the National Wrestling Alliance and more.

On Ric Flair being one of the biggest legends of the sport: “I think that’s one of those situations where you just see where it goes. Ric Flair, I don’t know if there’s a bigger legend in wrestling, right? You could say Vince McMahon but Vince McMahon, although he has wrestled, he’s an owner and a personality first and a professional wrestler second, and I think he would agree with that. Ric is the most decorated story and probably most mainstream thing, to this date, in professional wrestling which is pretty incredible considering how long he’s been in the business.”

On Flair most likely exploring the new opportunities presented to him: “He has so many opportunities and I think he should explore all these opportunities. I’m glad to be in business with him on this, of course I would love to have him back. My sense of it is it means a lot to him too. The NWA is where he made his name. When people think of the legend of Ric Flair, they often refer back to him as an NWA Champion.”