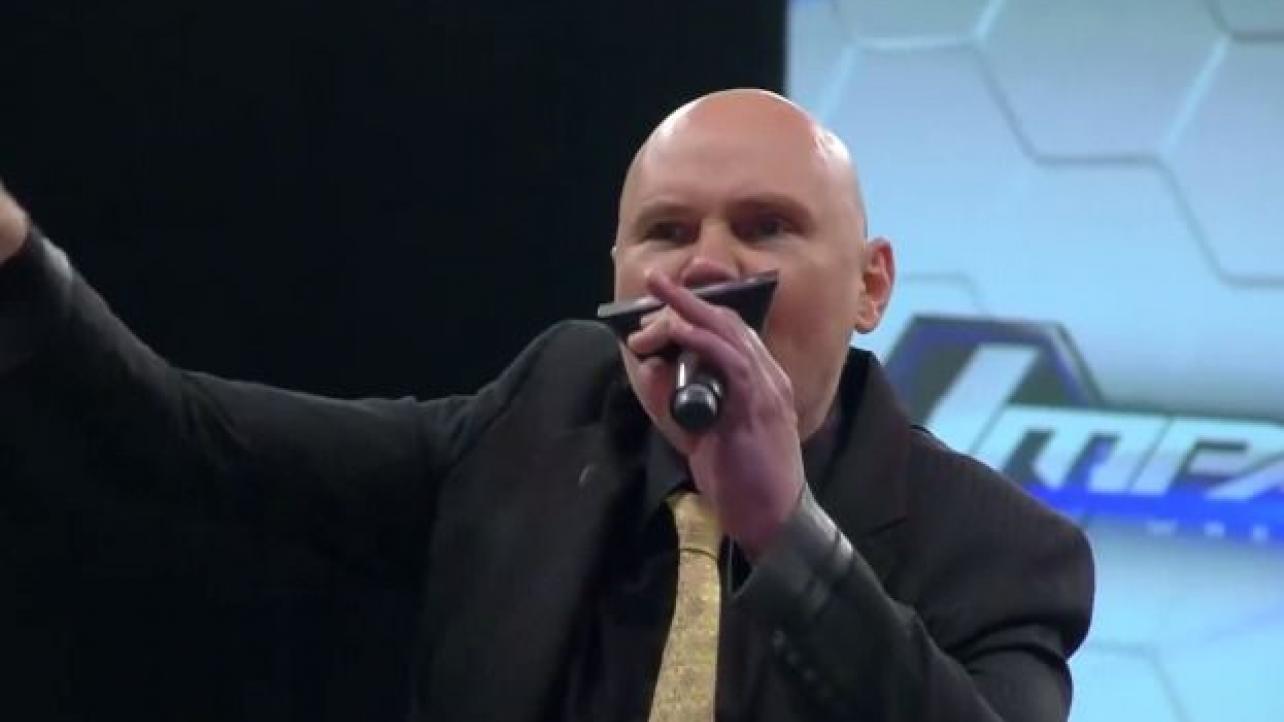 During the discussion, Corgan spoke about how he will use the way Vince McMahon deals with top-tier talent as a model to pattern himself after when handling behind-the-scenes politics in NWA.

“To me, is it ultimately good for the business, you know what I mean,” said Corgan. “Talent should have a chip on their shoulder, they should want to be champion, they should all be pushing forward. I don’t know Vince McMahon personally, but I look at the way Vince has run the WWE and I think that’s a good example.”

Corgan continued, “At the end of the day, does it serve the goals of the bigger company? You’ve seen times in the history of the WWE where a talent will sort of outgrow the agenda of the WWE, and out the door they go. Because they get too big a head and they think they’re bigger than the company. And at the end of the day what’s good for the company is good for the talent, but it’s not always the other way around.”

Check out the complete Billy Corgan interview below.