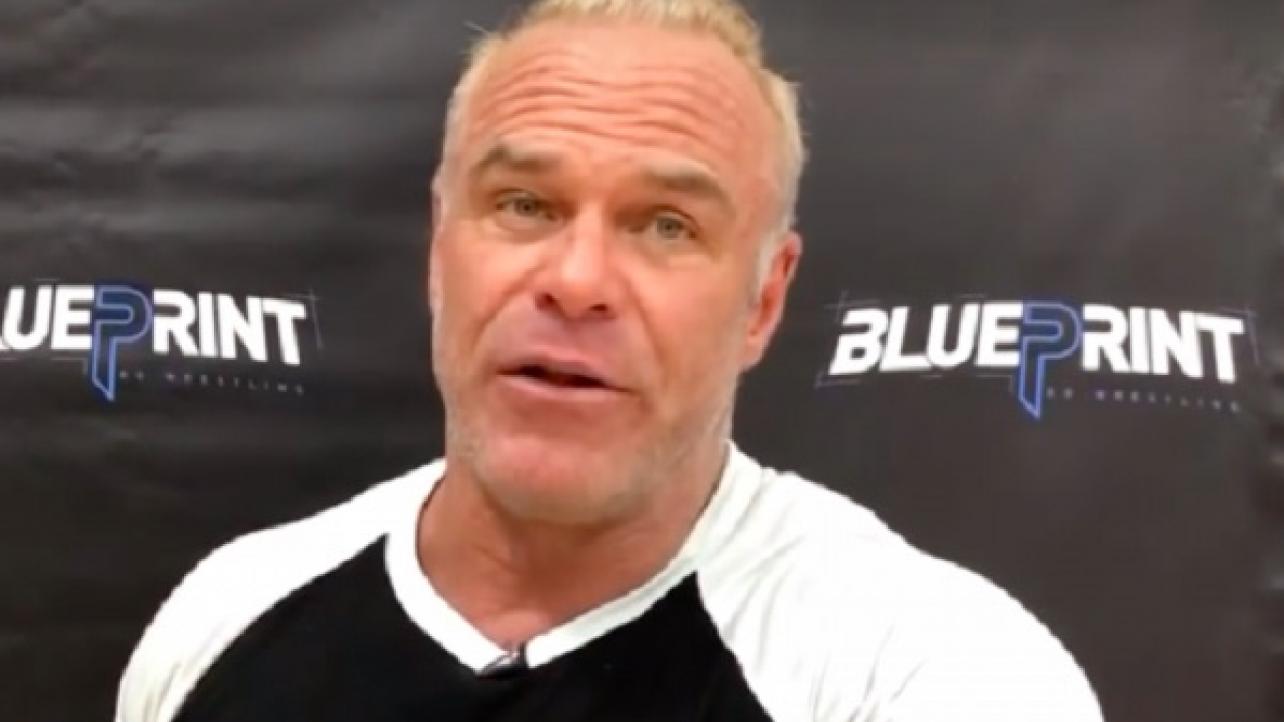 Billy Gunn On Being Excited To Work With AEW, WWE HOF Induction & More

Former WWE Superstar and soon-to-be WWE Hall Of Famer as part of D-Generation X, Billy Gunn, recently appeared as a guest on The Two Man Power Trip Of Wrestling podcast for an in-depth interview. Featured below are some of the highlights.

On if he thought being paired with Road Dogg would help his career at first: “No. I really didn’t and I never got in the business to do that. I just got in because someone was going to go give me a platform where I could go act like an idiot and be silly and goofy and have people that would actually pay attention to me when I’m doing these things. Me and Brian in our own right as The New Age Outlaws, we were sky-rocketing at that point and in the point of our career where they put us with DX it was just a natural fit because we were running neck and neck. Hunter needed some guys that would fit that mould and we fit the mould perfectly and obviously now because we are going in the Hall of Fame but it is cool to be acknowledged for what we did and it is cool to be with all of those guys. It is really good.”

On which version of D-Generation X he preferred: “But they set the tone so you can’t as much as I’d like to say yeah, I say it all the time and I think Brian does too that they weren’t very good until we got with them (laughing). It was an all-around effort and I’ve said this in a couple of interviews and I don’t think that I would’ve went because there is no way that you can put in DX and not put Chyna in with them. There is just no way. One, there would’ve been a riot I’m sure and yes, I understand people want her to go in by herself and eventually she will because I feel like this will open the door for that but let’s just be happy that she is going and that she is going with a group that really put her on the map and yes, she did some great stuff by herself and she was probably the greatest female entertainer that we will ever see. I’ve said it before, I don’t think I would have went if they didn’t put her in there.”

On what he felt the turning point for the Monday Night War was: “I think it was when we invaded WCW because that put the final nail in the coffin. I don’t feel like anybody else could have done that. It was so made for DX just to go up in there and totally cause havoc and we were just having some fun and it turned out to be one of the greatest moments ever in wrestling. So Kid had a big part in it and he is very underrated because he is awesome in the ring and he is awesome out of the ring and he fit DX perfectly. That was the good thing about what we did too was we didn’t let anyone else in. They tried to stick some other people in there but we just put the brakes on it because and I’m not comparing that to nWo because they let everyone that was in WCW in there at one time or another but when they had just the three of them (Hogan, Hall and Nash) it was a great chemistry. When they just had them it was good. When you start adding all of those elements like well they are over so we all want to be a part of that, we never let that happen and that was on Hunter not letting that happen because we didn’t have much say so.”

Check out the complete Billy Gunn interview from The Two Man Power Trip Of Wrestling podcast below, or at Podomatic.com.

Billy Gunn On Being Excited To Work With AEW, WWE HOF Induction & More