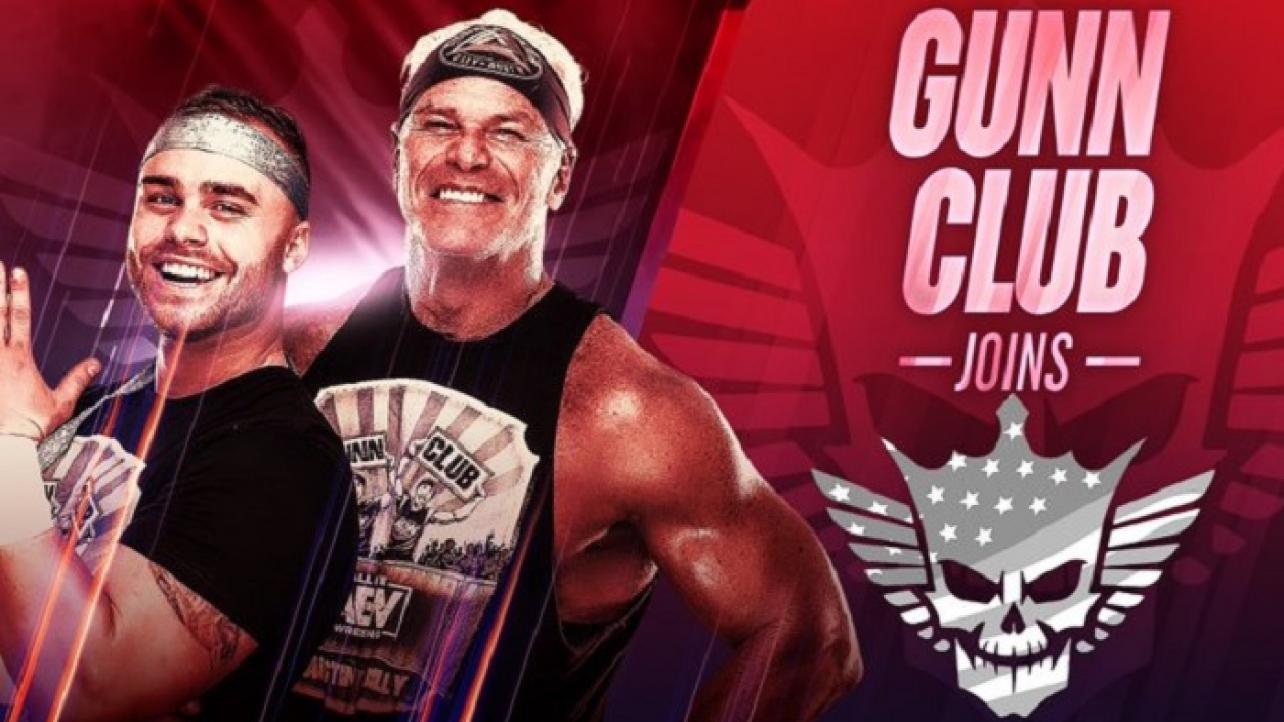 During the discussion, the leader of The Gunn Club spoke about what impresses him the most about Darby Allin, Sting vs. Triple H at WrestleMania 31 and the involvement of D-X and nWo, if the AEW vs. WWE rivalry will ever reach the level of the WWE vs. WCW wars.

On what impresses him the most about Darby Allin: “Darby’s willing to lay it all on the line. There are no reservations to him. You get everything he has every single time. He said on Dynamite he wants the biggest and baddest, and he’s going to get every bit of that against me on Rampage. He’s never met a trainwreck like me before. I’m not built for flipping and diving—I am built to beat people up.”

On Sting vs. Triple H at WrestleMania 31 where DX and the nWo mixed it up: “That night was super special. It was a collaboration of what people really wanted to see. So much of the Attitude Era was the NWO and DX. It was cool to see Triple H and Sting in there together, and now I get to be side by side with Sting and his protégé, Darby Allin. He’s done a great job helping Darby, and Sting still brings a lot to everything he does. He’s a true legend. So it’s a cool dynamic, getting to see an era of what Sting was and what Billy Gunn was, and people can now experience that while also enjoying new talent like Jungle Boy and Darby Allin.”

On whether or not AEW vs. WWE will ever reach that level of rivalry WCW had with WWE: “You’re putting me on the spot here [laughs]. It has a little bit of that same feeling. WCW was absolutely drowning us. That’s what led to the creation of the Attitude Era. They were beating us in the ratings; they were beating us in every aspect. When that happens, you either tuck your tail and run or you turn up the heat. We turned up the heat, and we all did what we did best. Now [in AEW], what we’re doing is waking them up to realize there is competition. And everyone thrives on competition. That’s why WCW and WWE were doing so well; we were thriving off the competition. I feel that’s where we’re at now. AEW is competition. Whether [WWE] wants to acknowledge that or not, it doesn’t matter. We know we are competition, and that’s what we thrive on. I love it, I think it’s great—and it’s fun to watch. It makes great programming.”