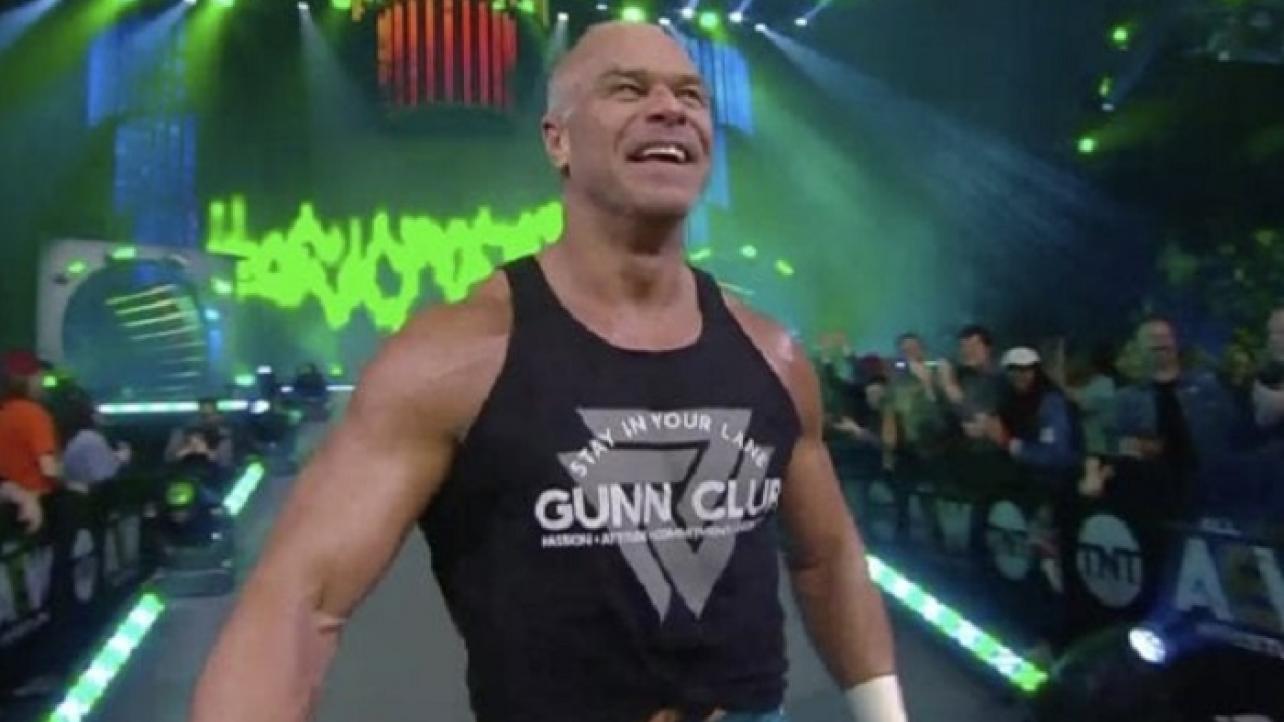 Billy Gunn made his All Elite Wrestling debut during a very newsworthy episode of AEW Dynamite in Indianapolis, Indiana on Wednesday evening.

Gunn returned as one of the entrants in the first-ever Dynamite Dozen Battle Royal. He came out using the Billy Gunn name, and even did a crotch-chop and yelled “Suck It!” during the match.

The WWE Hall Of Famer as part of D-Generation X would make it all the way to the final four of the match, as he would be one of the final men standing near the end of the match, which saw MJF and Hangman Page standing tall as the surviving final two.

MJF and Hangman Page will meet to determine the AEW Diamond Ring winner of the first-ever Dynamite Dozen Battle Royal on next week’s edition of AEW Dynamite from the Sears Centre Arena in Chicago, Illinois.

Check out video footage of Billy Gunn’s ring entrance for his AEW debut during the Dynamite Dozen Battle Royal from AEW Dynamite at the Indiana Farmers Coliseum in Indianapolis, Indiana below.

.#WWE Hall Of Famer from #DX, #BillyGunn, makes his #AEW debut on #AEWDynamite during first-ever #DynamiteDozen #BattleRoyale during #AEWonTNT broadcast from #AEWIndianapolis on TONIGHT’S #Dynamite show