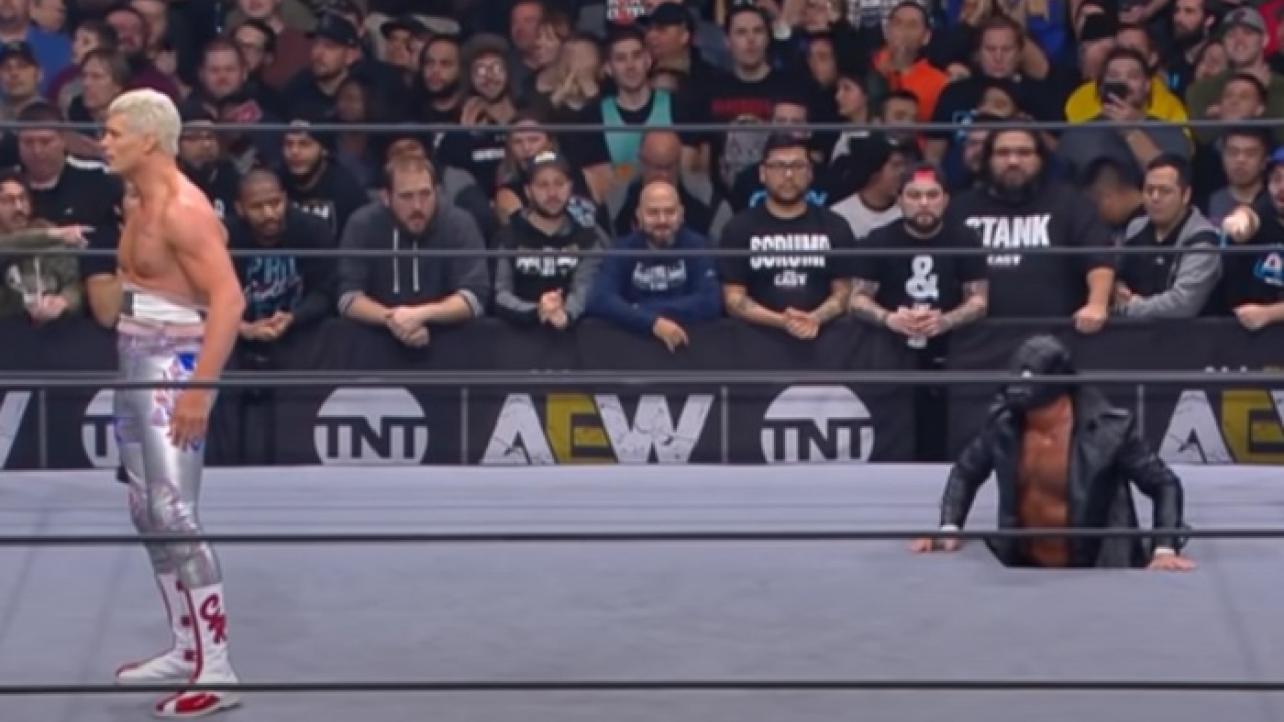 The Butcher & The Blade recently appeared as guests on the official All Elite Wrestling podcast, AEW Unrestricted, to talk about their pro wrestling careers and current run alongside The Bunny (Allie), as well as their recent alignment with Eddie Kingston and The Lucha Bros — Pentagon Jr. & Rey Fenix.

During the interview, The Blade, born Jesse Guilmette, revealed the circumstances behind his secret debut with The Butcher (Andy Williams) and The Bunny (Laura Dennis) on the November 27, 2019 episode of AEW Dynamite.

Guilmette explained during his appearance on the official AEW podcast, which features hosts AEW referee Aubrey Edwards along with veteran commentator and one of the trio of voices featured on the AEW Dynamite on TNT broadcasts every Wednesday night, Tony Schiavone, how he and Williams were snuck into the arena and hidden under the ring to set up their surprise AEW TV debut.

“We were under for not even five minutes,” said Guilmette. “They blacked out the arena [during Cody’s entrance] and that’s when we snuck in.”

Check out the complete episode of AEW Unrestricted featuring the new interview with The Butcher & The Blade below, or by visiting Omny.fm.

New episodes of the official All Elite Wrestling podcast drops every Thursday.