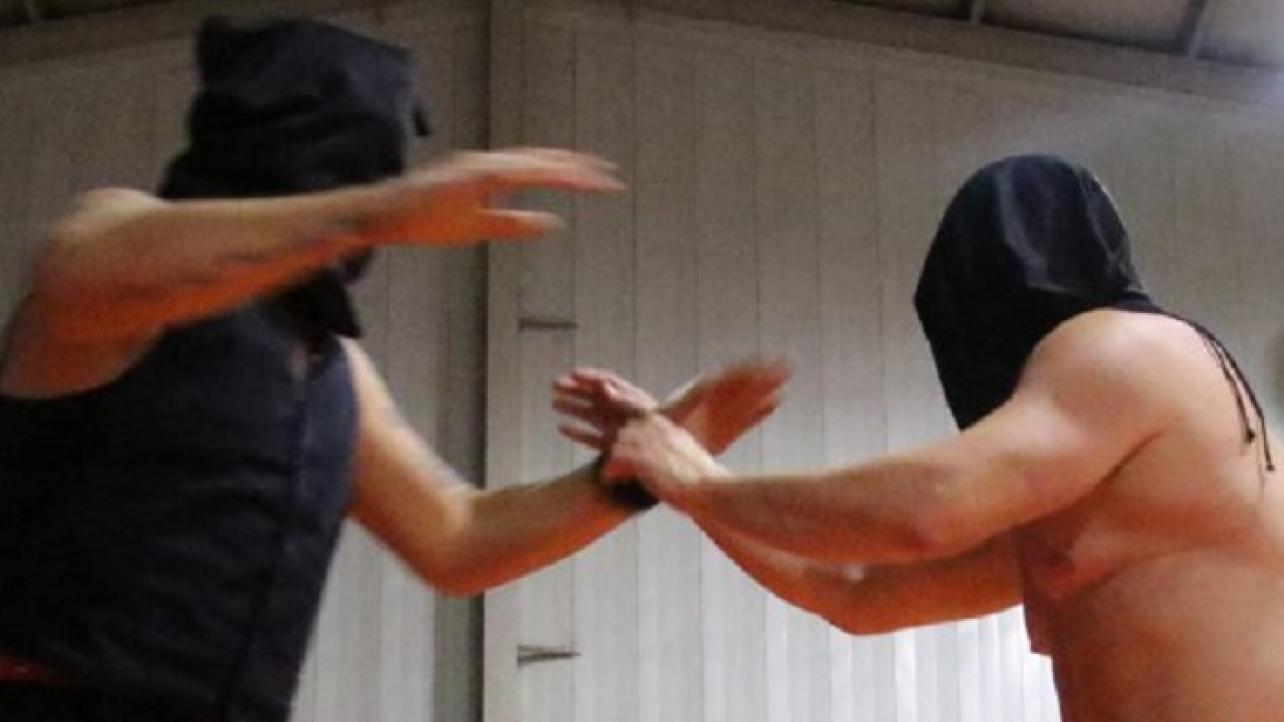 IMPACT Wrestling has announced some unique matches and segments for their upcoming “Throwback Throwdown” special on AXS next Tuesday, November 26th.

Scheduled for the event, which premieres on AXS TV on 11/26 at 8pm ET/PT, is a blindfold match, a body slam challenge, ‘The C*ck Pit with Captain Joystick’ (Joey Ryan) and more.

Jump aboard the time machine as IMPACT Wrestling goes back in time for the inaugural Throwback Throwdown edition of IMPACT!, set to air on Tuesday, Nov. 26, on AXS TV starting at 8 p.m. ET/8 p.m. PT.

IMPACT Wrestling travels back to the early 1980s as the Superstars and Knockouts take center stage at Toronto’s Don Kolov Arena to pay homage to the Golden Age of professional wrestling on this special presentation of IMPACT PROVINCIAL WRESTLING FEDERATION.

This one-night-only edition of IMPACT! showcases the IMPACT Wrestling stars as you’ve never seen them.

The entertaining, fun-filled IMPACT! features the International Commonwealth Television Championship on the line in a Loser Leaves Town match, plus a Blindfold match and a special Body slam Challenge. This is pure ‘80s, pure entertainment!

“I’m sure Throwback Throwdown will be talked about for quite some time and perhaps become an annual Thanksgiving week tradition,” said IMPACT Wrestling executive vice-president Scott D’Amore.

Anyone who can body slam the wild-man Kongo Kong will claim $3,000. Featuring the King of the Great White North Muscles McGee (Brian Cage) and golden boy Mr. Atlantis

The electrifying debut of the hot newcomer Johnny Swinger

IMPACT Wrestling is one of the world’s largest wrestling entertainment properties, creating more than 300 hours of original content annually across television and other digital platforms. IMPACT Wrestling specializes in creating premium content, events, products, merchandise, and music, as well as the management and promotion of professional wrestlers. Its highly successful flagship, IMPACT!, is broadcast globally, including AXS TV and Twitch in the United States, Fight Network and GameTV in Canada, Sony ESPN in India, 5STAR and Fight Network in the United Kingdom, SuperSport in Africa, and MVStv in Mexico. IMPACT Wrestling is a subsidiary of Anthem Sports & Entertainment Corp.

AXS TV is a leading music, entertainment, sports and lifestyle U.S. cable network in 50 million homes controlled by Anthem Sports & Entertainment and originally founded by entrepreneur Mark Cuban. AXS TV’s programming appeals to an impassioned fan base, delivering eclectic content in a wide variety of areas including music performances, celebrity interviews, pop culture, combat sports, and professional wrestling. The channel is the home of IMPACT Wrestling, one of the world’s largest entertainment properties; as well as original programming featuring legendary newsman Dan Rather; music icon Sammy Hagar; and music virtuoso Paul Shaffer, among many others. AXS TV is currently available nationally in the United States and parts of Canada, Mexico, and the Caribbean. For a list of providers, visit axs.tv/subscribe. For more information, see www.axs.tv. Press information is available at axstvmediacenter.com.

The world is about to know the rising star that is… “Jazzy Fit-Body” https://t.co/hpTjh3JUou