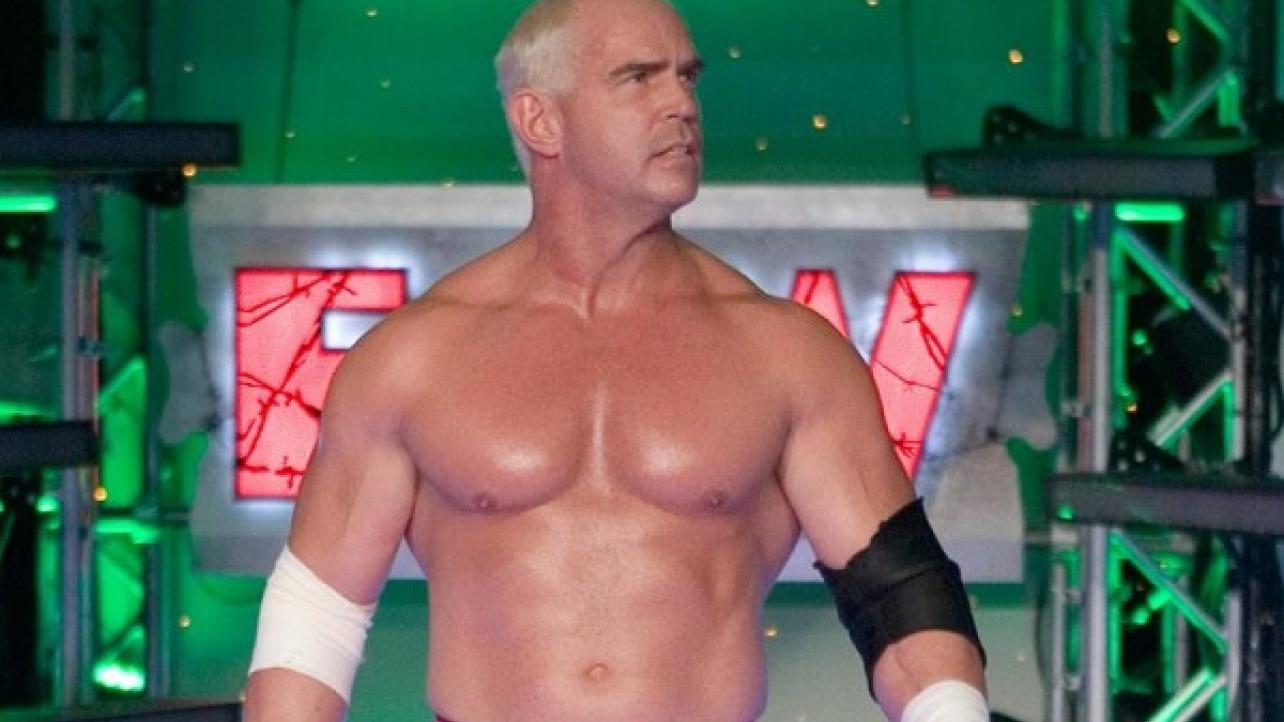 Former WWE Superstar Bob “Hardcore” Holly recently appeared as a guest on the Steve Austin Show podcast for an in-depth interview. Featured below are some of the highlights.

On how dangerous Steve Blackman is and his intentions during the infamous Brawl For All: “Let me tell you something. That whole thing with that Brawl For All, [Blackman] was dead serious about hurting people. I mean, this guy, I kid you not, Steve, he isn’t anybody to mess with. I pushed his buttons on purpose, but I knew my boundaries. I knew my limitations. I knew how far I could go with him because I knew Steve. I wasn’t about to push him over that edge where I was going to come up missing because I’m serious – Steve is no joke. I’d put him in the same class as Meng, basically. Like, I put those two right there. Yeah, yeah. Steve’s dangerous. He’s dangerous. I talked to him actually probably about five [or] six weeks ago for the first time in years. Yeah, he’s one of those kinds of guys where if you’re messing with him, just joking around, he questions, ‘okay, is this guy really messing with me or is he wanting to start something?’ He’s always that serious! [Blackman]’s a good dude, funny, one of the nicest people you’d ever meet, but he’s just somebody that’s dangerous. He’s flat dangerous.”

On the origins of the Brawl For All shoot-fighting tournament: “[WWE] decided on this Brawl For All. I can’t remember who came up with this crazy concept, but I wasn’t even supposed to be in it. I wasn’t even on their radar to be in it. Tiger Ali Singh backed out of it, he said he was going to beat everybody, but when it came down to it, he backed out of it and so [Bruce] Prichard called me and asked if I wanted to be in it. I was, so I got in it. When Steve Blackman heard about it, he wanted in, so they put Steve in it. And, actually, Blackman probably would’ve won the whole thing. He was taking this thing so seriously, and this is the mindset of Steve Blackman, he was taking it so seriously he was actually working out with guys, preparing for this Brawl For All, shooting in, taking guys down, like, obviously, boxing was included. He was practicing, doing that, and the guy that he was practicing, training with was a lot heavier than Steve and ended up rolling on his knee and it messed his knee up, so he had to back out if it.”

On Bart Gunn ruining WWE’s plans by knocking everyone out in the tourney: “Obviously, Bart [Gunn] was in it. I was riding with Bart Gunn at the time and he had called Bruce Prichard and told Bruce that he was going to win the whole thing and Bruce was like, ‘I have no doubt you will; good for you; I think you’ll do well in it; blah, blah, blah.’ And Bart was like, ‘no, Bruce.’ See, I actually think he thought Bruce was patronizing him and he’s like, ‘no, Bruce. I’m going to win this whole thing.’ Long story short, Bart ended up winning it, but one the way there, when Bart did fight Steve Williams, he knocked Steve out. It actually screwed up their whole plan for Steve Williams to work with [Austin] because they had no idea that Bart was going to knock him out. Like Bart said, if they would have just told him what the deal was, he would’ve had no problem putting Steve [Williams] over basically, and so, Bart just went out there and did what Bart does. Bart knocked him out and ended up screwing up their whole thing and that’s how Bart ended up moving on and obviously knocking out The Godfather, and knocking out Bradshaw, and making his way to the end.”

“It screwed up their whole storyline as far as Steve Williams working with [Austin] when Bart knocked Steve [Williams] out because their whole plan was for Steve Williams to win the whole thing and they thought he would. And, actually, the sad part about this whole thing is seeing somebody like Steve Williams get knocked out because of who he used to be, how big of a deal he was, and what a stud he was. And it was just really tough seeing it happen, but the boys all popped when it happened because [Jim Ross] was going around telling everybody how Steve Williams was just going to walk through everybody and people were tired of hearing it. The boys were tired of hearing that. And when Bart knocked him out, it just blew the roof off the back. The boys popped because everybody was sold out at the monitor watching the thing and when Bart knocked him out, the boys popped. You cannot plan for something like that to work out in your favor because it’s not. When you dangle $100,000 carrot in front of somebody, especially a bunch of hungry boys, it’s not going to work out like you think it is and it didn’t. And unfortunately it didn’t. And when you really stop and think about it, because of who Steve [Williams] was, 1987 All American, he’s a big deal in Japan, and then, all that gets wiped clean from getting knocked out. It’s like, almost all of his credibility went out the window, in a sense. It didn’t, but it did. Do you know what I’m saying? It’s like, here is this guy who is supposed to be one of the baddest men on the planet and then Bart knocks him out? It almost wipes out his whole credibility even though anybody can get knocked out at any given second. And that’s why you don’t pit the boys against each other like that. It was a bad idea to start with. And it’s like, if they wanted [Williams] to work with [Austin], there [are] a whole bunch of different ways to get him there instead of having him come in and try to do a shoot fight for $100,000. It’s just not going to work out.”

Check out the complete Bob Holly interview from the Steve Austin Show at PodcastOne.com.