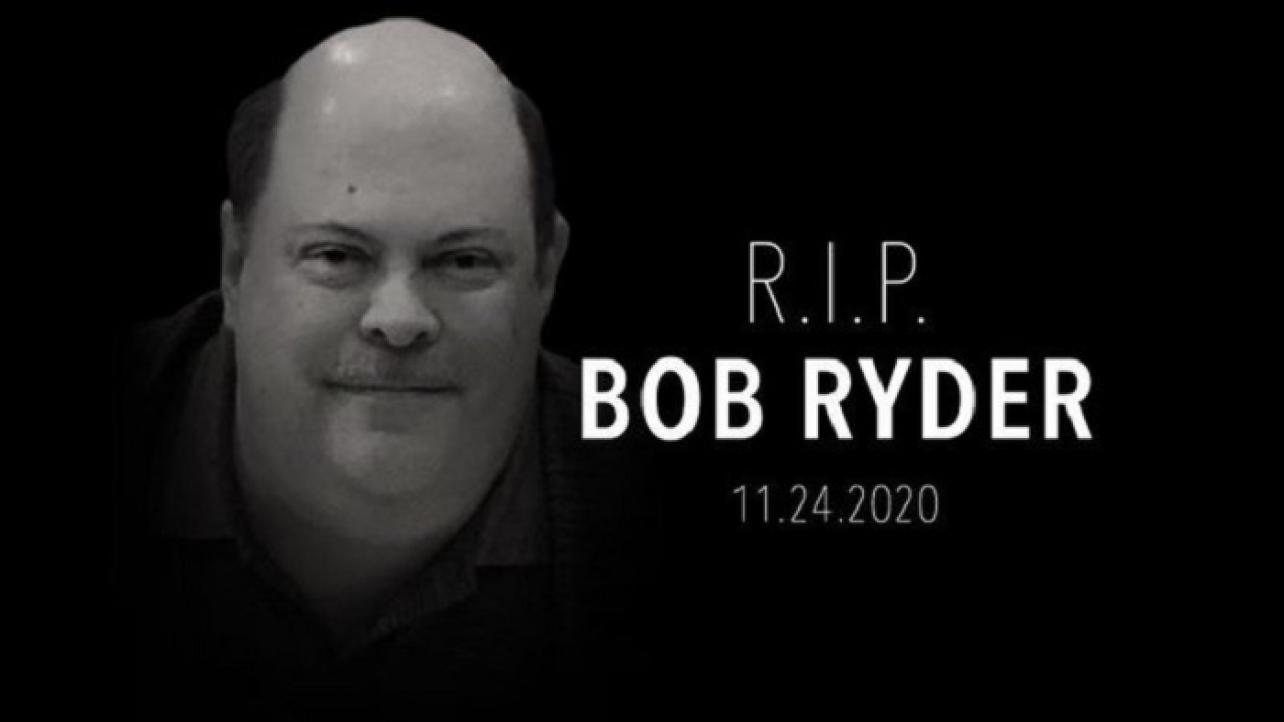 According to Dave Meltzer of F4Wonline stated:

“Bob Ryder was found dead at his home in Nashville by police today. We don’t know more but he had fallen yesterday and was on advanced chemo. Impact officials couldn’t get in touch with him and went to his home and he never answered, police were called and found him dead.”

Ryder, the founder of 1wrestling.com, fought a long battle with cancer for a number of years, living well beyond the 3-6 months he was initially told he had left. The cancer went into remission at one point, but it came back and Ryder had been undergoing weekly chemotherapy.

Ryder continued his work for Impact Wrestling from his home in Nashville, while doing chemotherapy. He worked as the Director of Travel Operations in recent years, but held other roles with the company. Ryder was found at home this morning, but had last been in contact with Impact last night, according to PWInsider.

Ryder’s Contributions To The Wrestling World

As a pioneer of the Internet Wrestling Community, hosting the first-ever online WWE chat at WrestleMania 11, running Prodigy Wrestling for the internet service provider, and later founding 1wrestling.com with ECW Original Joey Styles, Ryder was one of the longest-running employees for Impact, if not the longest.

Ryder went on to work for WCW, where he helped with their website as well as hosted WCW Live with Jeremy Borash. Ryder and Borash were actually the last voices heard on any WCW broadcast on the show they hosted following the final WCW Nitro episode in March 2001.

Many in the wrestling community were stunned by the news and upset as they took to Twitter to pay their last respects and write memories and/or thoughts of Bob Ryder.

Several tweets can be viewed below.

Rest in peace to Bob Ryder and our condolences go out to his family and friends.

AEW and the wrestling world mourn the passing of Bob Ryder, our thoughts are with his family, and his friends. #RIPBobRyder

BEYOND devastated about the passing Bob Ryder. He was the kindest, most selfless person you could imagine. He always did for others. He meant the world to me. We had just talked & I was worried he would be alone for Thanksgiving. Cannot tell u how much I will miss @brydertna

Just heard the sad news about Bob Ryder’s passing. Bob took such great care of me & my family during my time with @IMPACTWRESTLING. Even after I left, Bob was so incredibly supportive of my family & career. Godspeed, my friend, you’ll be missed.#RIP Bob Ryder

RIP to my dear friend Bob Ryder.
I loved you very much – I wish I had told you what you meant to me because you we always there for me like a great uncle when I first arrived in America. Can’t believe you’re gone. I’m so sorry. You were family to me ❤️ #BobSquad

RIP Bob Ryder. Thank you for pushing me and believing in me.