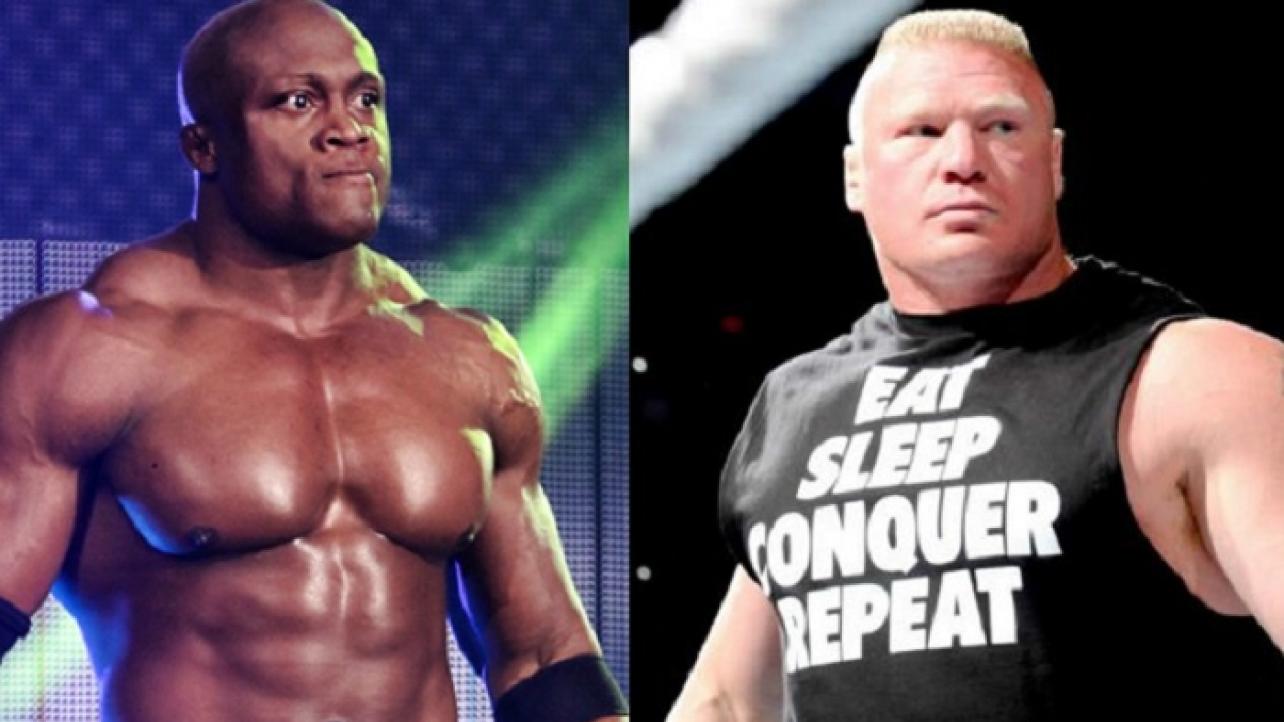 As noted, Bobby Lashley spoke with Scott Fishman of TV Insider this week to promote his WWE Championship defense against Bill Goldberg at this Sunday’s WWE SummerSlam 2021 pay-per-view.

In addition to the highlights we recently published from the interview, the WWE Superstar also spoke about expectations going into his match against the aforementioned WWE Hall of Fame legend this weekend, as well as rumors on a potential showdown against Brock Lesnar.

Featured below are some of the highlights from the discussion where he touches on these topics at length.

On excitement for his match at SummerSlam against Goldberg “You feel the excitement when Goldberg walks to the ring. I was there. After I beat Keith Lee on Raw, Goldberg’s music came on and the whole place erupted. There is no question about his star power. It was something that was needed in my career to have this kind of match. When Goldberg comes, he looks toward those big matches.”

On a possible showdown against Brock Lesnar: “I don’t know what is going on with Brock, but we have several different pay-per-views throughout the year. SummerSlam is not the biggest one. It is one of the biggest ones. There are still options to maybe see some of these big matches everyone wants.”

On his expectations for Goldberg as an opponent this weekend: “I have a lot of respect for Goldberg for what he has done in his career. It really doesn’t matter if Goldberg is in shape or ready or can do a longer match. That is irrelevant. It was like the last pay-per-view I was in. It didn’t matter if Kofi was in shape or ready to have a long match. It was just me beating him up for however long I wanted to beat him up. It’s the same thing here. He can take a break and relax because the outcome will be the same. Me kicking his ass for as long I want to kick his ass. If it’s 10, 15, 20, 30 minutes, I can throw him around for as long as I need to do it.”