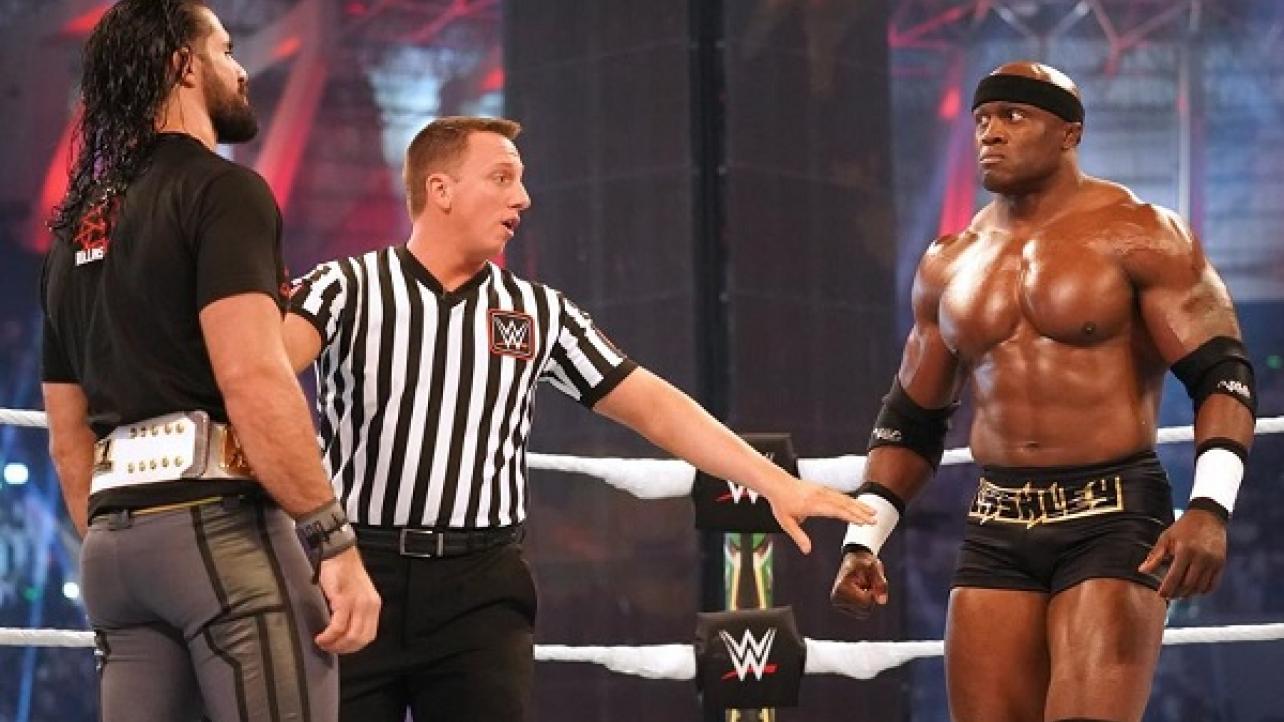 As noted, WWE announced an exciting pair of matches for Monday’s RAW on Friday evening. The matches include Ronda Rousey and Sasha Banks vs. Nia Jax and Tamina Snuka in tag-team action, as well as a Triple-Threat match for the WWE Intercontinental Championship.

Following the announcement, Lashley took to Twitter to comment about getting “the chance to shine” on Monday night and end a streak of over 11 years of him not holding a title in WWE.

“The last time I held a title in [WWE] was 11 years and 7 months ago today,” wrote Lashley via Twitter after WWE announced a Triple-Threat match with Lashley, Seth Rollins and Dean Ambrose for the WWE Intercontinental Championship at Monday’s RAW. “Now, #TheAllMighty gets the chance to shine. [Seth Rollins] you know from last week what I’m capable of. [Dean Ambrose] I hope you were taking notes.”

Rollins was quick to hop onto his own Twitter page to respond.

“Yeahhh… there’s a reason it’s been over a decade since you’ve been a champion,” Rollins replied. “Put up or shut up, Bob.”

Make sure to join us here at eWrestling.com on Monday, January 14th for live play-by-play results coverage of WWE RAW.

Yeahhh… there’s a reason it’s been over a decade since you’ve been a champion. Put up or shut up, Bob. https://t.co/4g8pC2gZOo

THIS MONDAY on #RAW…