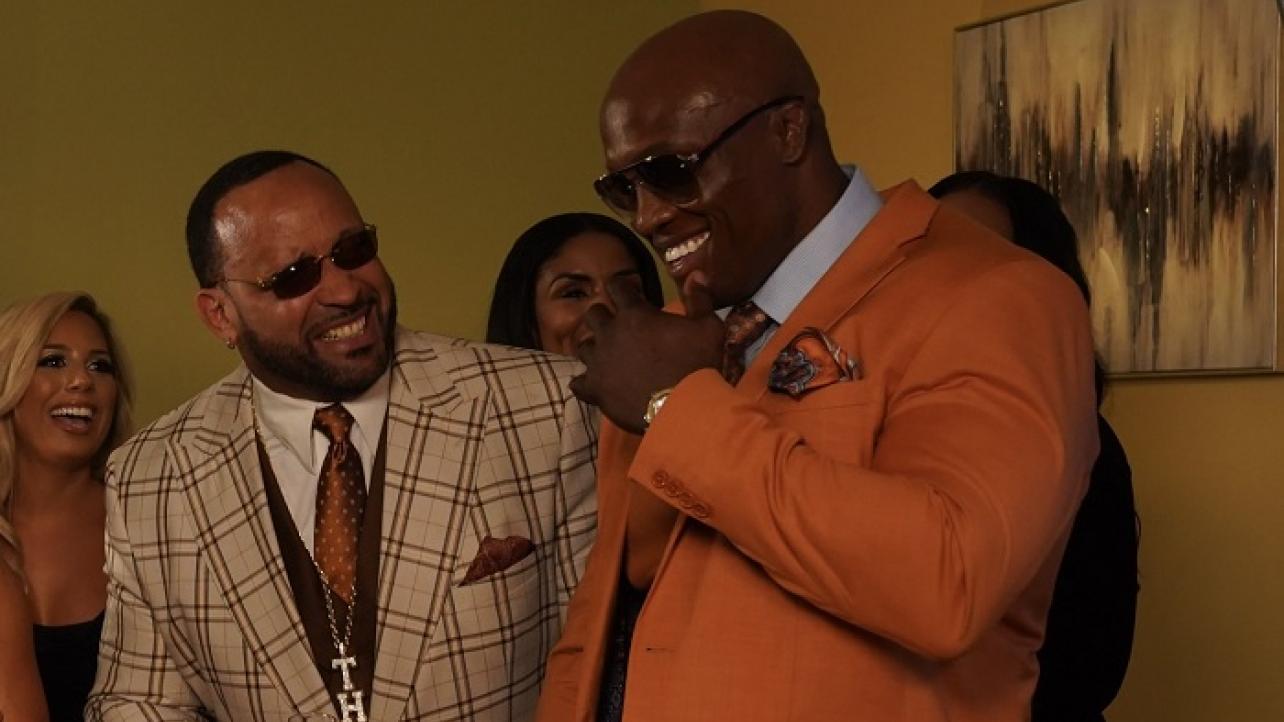 Bobby Lashley Talks About Being Aligned With MVP In WWE

In addition to the highlights we published from the interview previously, the WWE Champion also spoke about starting out with MVP, being aligned with him during this run in WWE prior to The Hurt Business and more.

Featured below are some additional highlights from the discussion where The All Mighty one himself touches on these topics and more.

On starting out with MVP and others: “He and I started out together. We came up with Booker T, Fit Finlay, JBL, the Guerreros, Undertaker. They were in the locker room with us and taught us the style of wrestling. We’re kind of those guys in this generation now. He and I talk on a daily basis. We are good friends. It’s a natural fit.”

On initially being aligned with MVP before The Hurt Business: “There was this early interview before even forming the Hurt Business where Drew [McIntyre] was kicking his head off every week. MVP told Drew, ‘I’m going to get you back. I promise you.’ He got him back with me. So everything fell in line. Everyone that put their hands on MVP when he first came back, I got a hold of them.”

Bobby Lashley Talks About Being Aligned With MVP In WWE