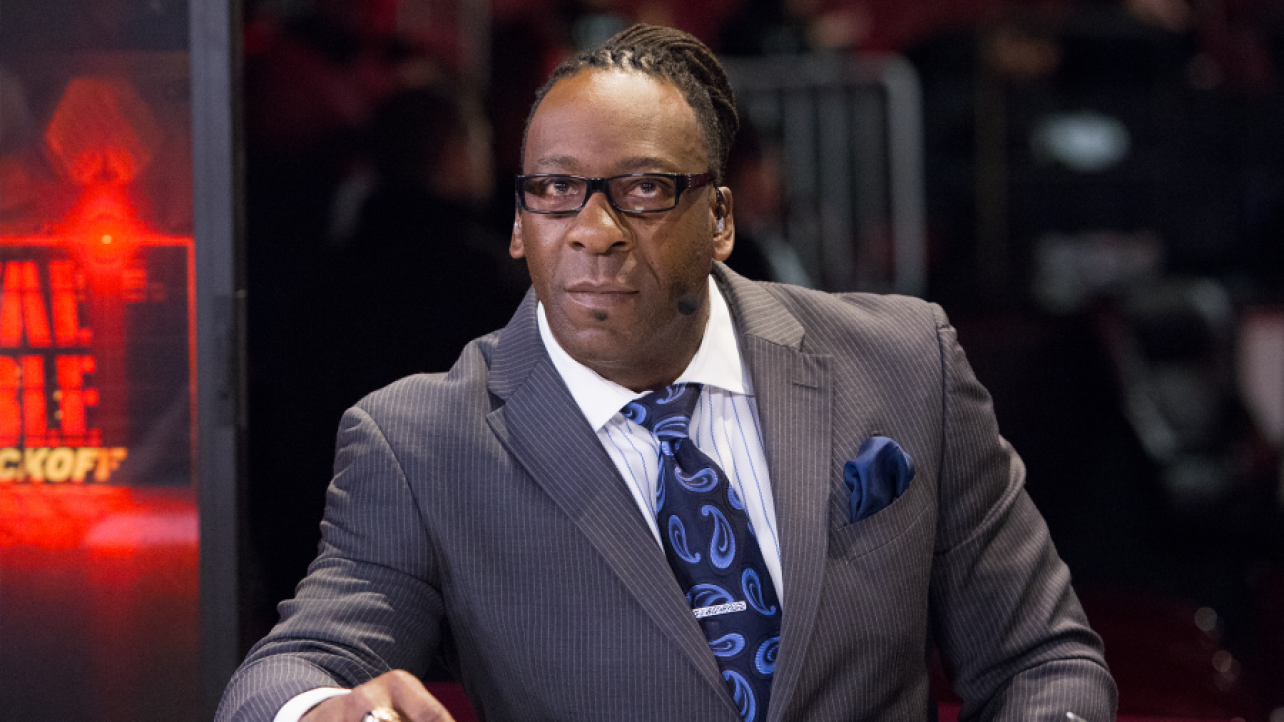 — On yesterday’s “Heated Conversations” podcast, host Booker T had Corey Graves on as a guest to “clear the air” about their recent online “feud”, if you want to call it that. Almost immediately into the show, the two admitted that it was all a work.

— Graves said that he was he was “entertained by how we were able to work the entire wrestling industry; somehow nobody bothered to call and it took off like crazy.” He mentioned how fans were going nuts on his Twitter and even Michael Cole approached him on Monday and wanted to know what was going on and he told Cole that they were just “messing with one another.” He also mentioned Big E as another person who contacted him confused as he believed the two were tight.

— Graves thought it was crazy how no wrestling “journalists” bothered to check any facts and that he didn’t get a single phone call from these wrestling journalists and they both laughed at how they entertained each other for the last week.

— Booker added that “a lot of people don’t know hard I was smiling” when told that he would be taken off of Raw and put the PPV Kick Off show and he went into details on how this all started. He said that last week, he had nothing to talk about at the end of his podcast and so “on a whim”, he started talking trash about Graves, knowing that all the dirtsheets would pick it up.

— They ended the segment by saying they love each other and Booker T said that he is one of Corey Graves’ biggest fans.