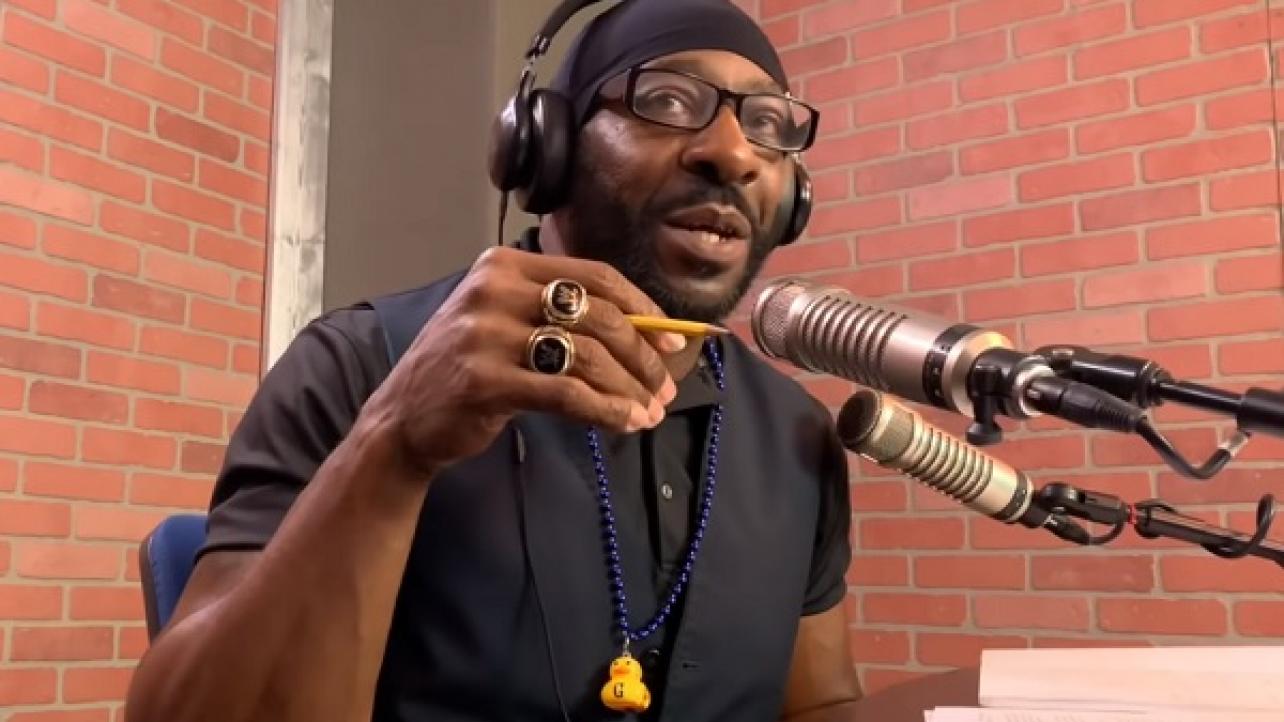 On a recent episode of his Heated Conversations podcast, WWE Hall Of Famer Booker T spoke about the ongoing issues reportedly going on between Sasha Banks and WWE. Featured below are some of the highlights of comments Booker T made about the subject during the show.

On Sasha Banks’ decision to sit out: “My take on this is that a lot of times things aren’t made up sometimes to what you think they are. You can think things are a certain way when you get there, but when you finally get there you realize that it is not what you thought it was.”

On what he thinks of Banks and her talent: “There are those ones like Sasha Banks, who has all that talent and rises up to that top level and gets there and then realizes that it is not what she thought it was because the reason is that it is not all about you. It is never going to be about you.”

Check out highlights of Heated Conversations with WWE Hall Of Famer Booker T at YouTube.com.