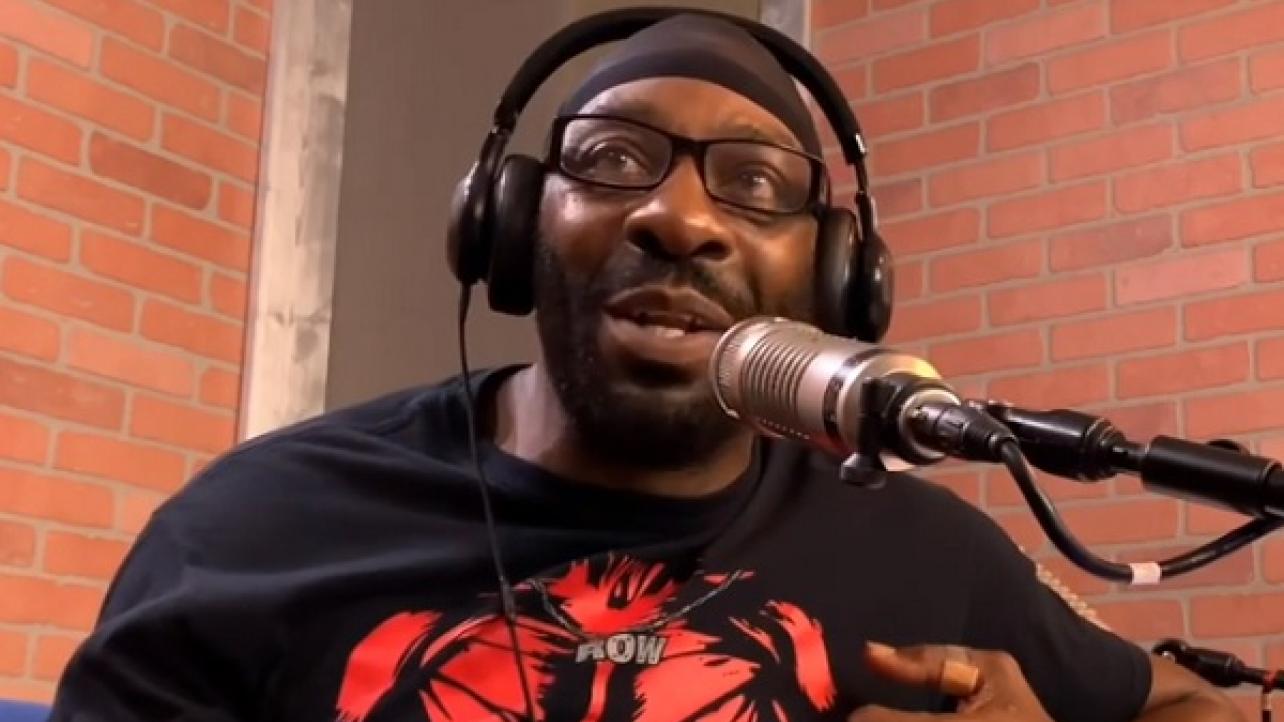 Booker T finally broke his silence regarding the recent rumors that WWE pulled him from his originally advertised appearance at the upcoming Starrcast III convention.

The WWE Hall Of Famer and promoter of the Houston-based Reality Of Wrestling (ROW) independent pro wrestling promotion spoke about his recent Starrcast mishap on the Hall Of Fame podcast where the former five-time heavyweight champion recalled the events that led to him declining the event.

According to Booker T, the early reports about WWE being involved were untrue. He clarifies the rumors during the show, noting that it was his own personal decision to pull out of the scheduled appearance.

“I want to set the record straight right here, especially as far as the Starrcast event,” said Booker during the show. “Let’s start it in chronological order. You and I were at the last Starrcast in May event and we had a great time out in Vegas. The fans were really awesome out at the autograph signing as well. It was a great experience for me, but I do remember after Starrcast and you and I were talking after the event and I said that I wasn’t going to do a Starrcast next time just because. I just didn’t think it was right for me to be working for WWE and being at Starrcast.”

He added, “He just said [the appearance was] ‘an autograph signing.’… But that date, like I said, it was never mentioned one time in text or verbally that it was Starrcast, and if he said, ‘Hey Book, would you like to do Starrcast III?’ I would have said, ‘Hey man, I appreciate it but no.’ But it wasn’t framed that way, so I just want the people to know that I did not pull out of Starrcast… I was never in Starrcast; I was booked for a date, for an autograph signing, not knowing that it was Starrcast.”

“WWE had zero to do with me not doing that booking, they did not pull me from it,” Booker explained. “As well as, WWE is not scrambling to find somebody else because it was never a WWE booking. I was never supposed to be at Starrcast from the beginning.”

He also says he doesn’t want to fall into the middle of a war between WWE and AEW.

“I said it was a war because it is – it truly is a war. The war is real and I don’t want to be caught in the middle of it. Those are my words, and the only person I talked to about this was Conrad Thompson… As far as how Dave Meltzer got my words, that’s for you to decide. The backstory as far as me being at all All Out, me pulling out of events, I challenge you guys, the listeners, to get that information from Dave Meltzer. Make him produce that information as far as me being a part of All Out, because all of that is just straight up lies.”

Booker continued, “I challenge Dave Meltzer to find that information as far as me signing an AEW contract to appear at All Out because I’m sure those guys work by contract. The only thing that you are going to find is these text messages [with Conrad Thompson] and myself for the world to see. That is the only thing as far as me being apart of an event but it had zero wording as far as Starrcast, All Out, AEW or anything like that. I thought it was just a regular booking, a regular signing and that was it. I was going to go do it and come home and that was it, but it had nothing to do with All Out. For Dave Meltzer to be quoting me it seems like Dave Meltzer would have had to of had a conversation with me. I had zero conversation with Dave Meltzer.”

(Check out the complete episode of The Hall Of Fame podcast with Booker T below, or at AudioBoom.com, and thanks to WrestlingInc.com for transcribing the above Booker T quotes.)

Obviously this was about Booker’s planned and advertised Starrcast appearance that he’s no longer doing, and why, and if it’s Starrcast and an appearance changed, who would be the first person I’d ask to find out?