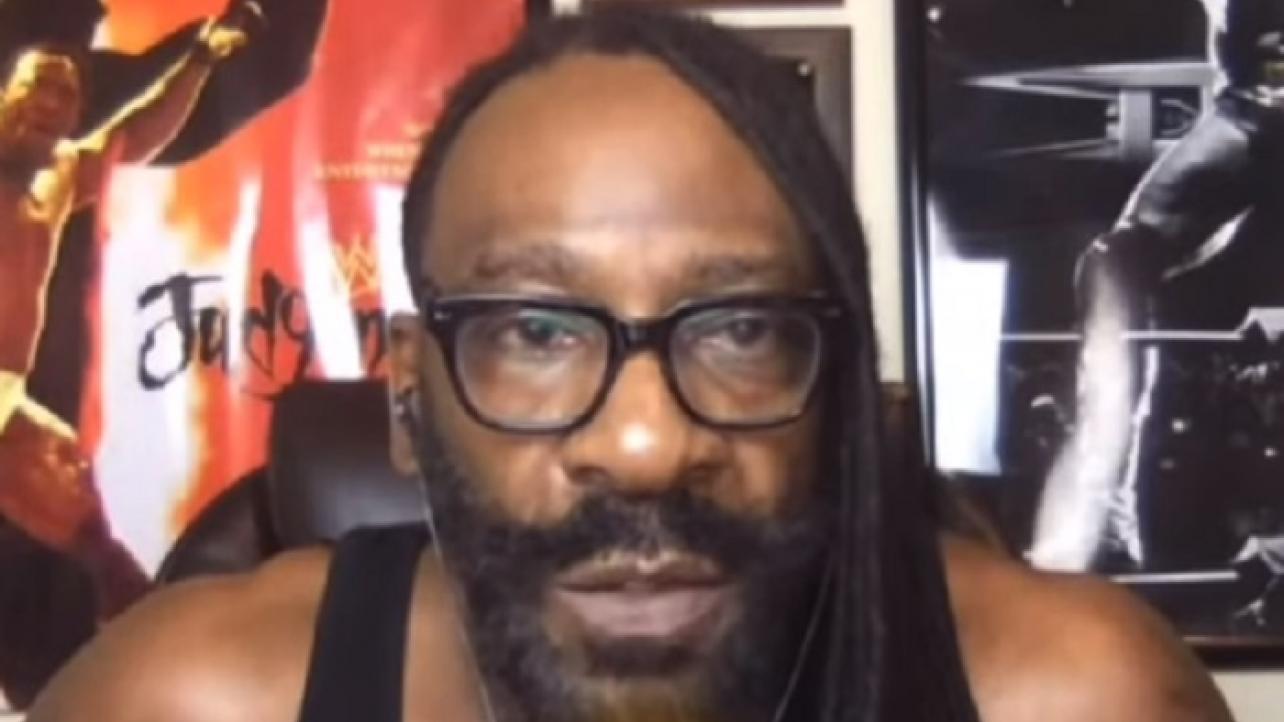 Booker T Looks Back On His KOTR Run, Talks About The New WWE NXT

Booker T recently sounded off on some current WWE topics during a recent installment of his “Hall Of Fame” podcast.

While on the show, the two-time WWE Hall of Fame legend reflected on his past run as King of the Ring in WWE, and shared his thoughts on the new version of NXT 2.0.

Says he’s really into the new NXT: “I’m really digging where NXT is going right now. It’s a totally different vibe. It’s a totally different show. It’s something that I always thought NXT should be. I think what this has done more than anything is it’s giving those guys that’s ready to come up out of that system and get them put in the main roster storylines immediately. The only thing that it’s going to do for me is give those more people to work with. That’s what we’re talking about with WWE more than anything is we’ve seen everybody pretty much work with each other. It’s pretty much a cycle like washing your clothes. Now with all of the influx of the NXT talent going straight to the main roster, I think this is going to be a game changer. I like it. There’s been a lot of guys in NXT that have been ready to go for quite some time. Those guys have been, I wouldn’t say fronting NXT, but they have been a main part of the star power. For those guys to be on the main roster is the place a lot of those guys should have been a long time ago. I was talking about guys like Tomasso Ciampa and should he move to the main roster? I say Tomasso Ciampa is like a player/coach. He’s a guy that fits perfectly in NXT. Some guys, say for instance, The Hit Row, these guys are stars as well as they can be put in situations where they can make somebody else look good at the same time. My thing is certain guys and other guys, you have to look at them totally differently.”

Why he was the greatest King of the Ring winner: “For me, I’ve always been able to make something out of nothing. For me, the King of the Ring tournament was a moment for me to be able to actually be in that position to wear the crown. Then again, when you get that position, it’s what you make out of it. I want to talk about some of the chatter I’ve been seeing on the internet as far as the greatest King of the Ring. I want to figure out what is the make up, and what it is that you are looking for as far as King of the Ring winners. I know I was the best King that ever wore the crown. I’m not just saying that because it’s me. I’m saying that because that actor who played that role so well, his a** should get an Academy Award for some of the stuff that he did. No one did more with the King of the Ring and the crown than I, all the way to capturing the World Heavyweight Championship. Even now, King Booker action figures are the top seller as far as action figures go. You can’t find one. They are almost extinct. They go so quick (he laughs). They’ve made 7 or 8 different King Booker action figures. That doesn’t happen by accident. Me, carrying that role the way I did, that didn’t happen by accident. Me, creating that role, the way it came across, did not happen by accident.”

Check out the complete episode of the show at ESPN975.com. H/T to WrestlingNews.co for transcribing the above quotes.

Booker T Looks Back On His KOTR Run, Talks About The New WWE NXT