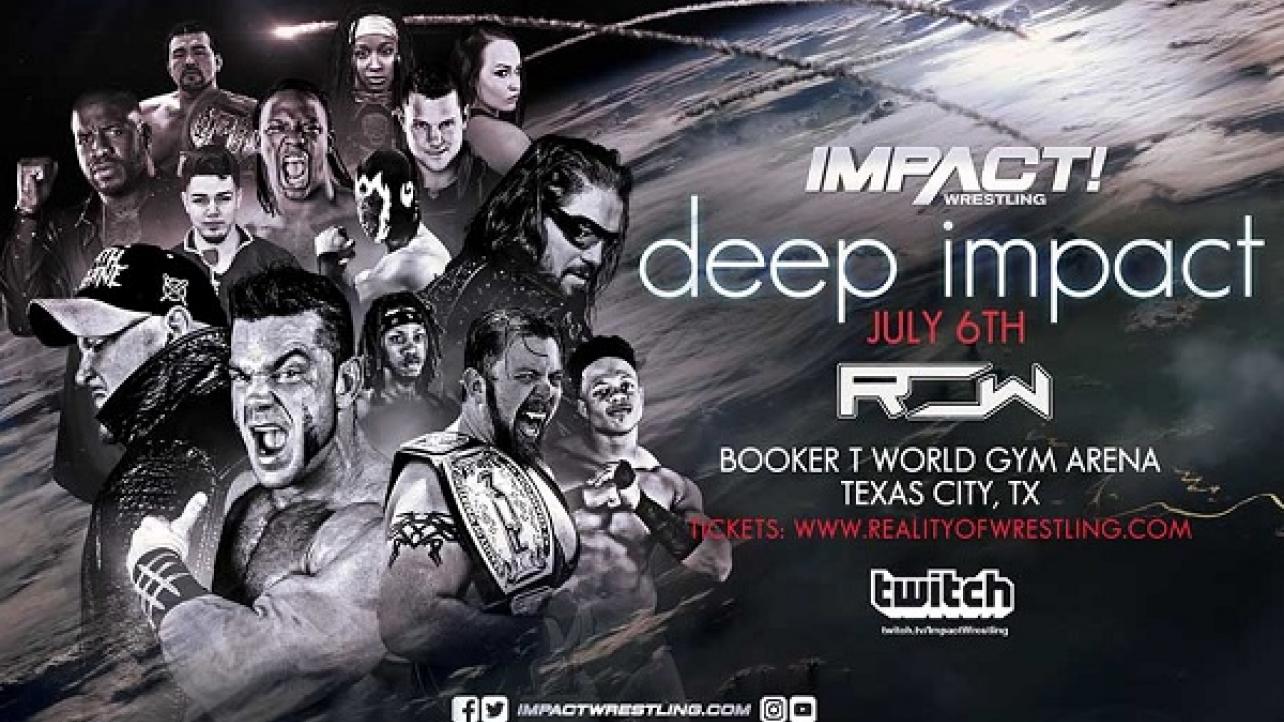 IMPACT Wrestling announced earlier today that they will be partnering with WWE Hall of Famer Booker T’s Houston based promotion Reality of Wrestling for the July 6th event entitled, Deep Impact. The show, which will stream on Twitch, takes place at the Booker T World Gym Arena in Texas City, Texas.

IMPACT teams up with @TheOfficialROW to bring you DEEP IMPACT on July 6th!

This @Twitch event promises to be a night of unforgettable action in Texas City!

Ticket information can be found here.