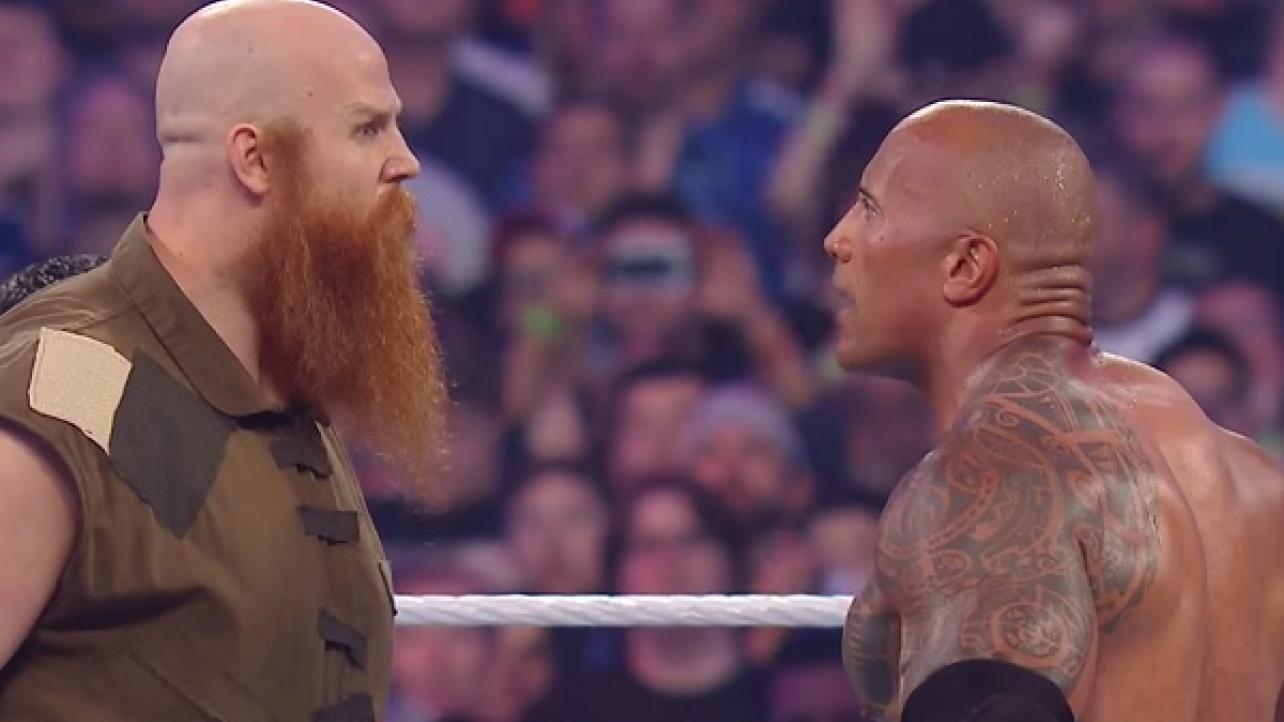 On a recent episode of his “The Hall Of Fame With Booker T & Brad Gilmore” podcast, WWE Hall Of Famer Booker T spoke about Dwayne “The Rock” Johnson quietly confirming his WWE in-ring retirement.

As noted, the WWE legend turned Hollywood A-list film and television star / producer announced during an appearance on the ABC morning talk show “LIVE with Kelly & Ryan” earlier this week to promote the new “Fast & Furious Presents: Hobbs & Shaw” movie — which is currently in theaters nationwide — that he has “quietly retired from wrestling” (Watch Video Here)

During the podcast, co-host Brad Gilmore asked the WWE Hall Of Famer what he thinks about Johnson going on record on a mainstream television show to confirm the news that he no longer plans to step inside the squared circle for “one more match.”

Booker, with a chuckle, wasn’t at all surprised by the news.

In fact, Booker was more surprised that fans would even think that someone — let-alone a 47-year-old veteran of over 20-years in the business who is literally the prime example of a past talent that isn’t motivated by financial gain to continue beating their own body up on a regular basis to earn a living — would even consider the idea.

“I don’t see why people think wrestlers want to wrestle for the rest of their lives, first of all,” said Booker T when asked about the subject during the show.

As a follow-up question, “The Hall Of Fame” podcast co-host Gilmore asked Booker T if “The Great One” should want to have “one more match” in WWE, specifically for the purposes of finishing up his legendary career inside the ring with a more high-profile match on WWE’s grandest stage — WrestleMania, with him even mentioning that The Rock’s most recent “match” at a WrestleMania pay-per-view was at WrestleMania 32.

For those who may not remember, The Rock came out with a grand entrance at AT&T Stadium in Arlington, Texas at the show held on Sunday, April 3, 2016, complete with members of the NFL’s Dallas Cowboys Cheerleaders, as well as a flamethrower. He proceeded to then use said-flamethrower to set an enormous sign bearing the name “The Rock” ablaze before going on to announce that WWE had set the new all-time attendance record with 101,763 fans in attendance inside the venue that is home to the NFL’s Dallas Cowboys.

This would lead to The Rock being interrupted by The Wyatt Family, with him revealing that he happened to have his ring gear on underneath his street clothes and that he felt like having a match right on the spot. He then challenged The Wyatt Family to a match, which Rowan would accept, and the rest was history — literally.

It’s in the history books as a record-holder.

The Rock would go on to defeat Rowan after a brief stare down, a Rock Bottom and a 1-2-3 for the pin fall victory — with clocked in at a reported six seconds, according to WWE, which makes it the fastest WrestleMania match in the record books.

With all of that in mind, however, Booker T still feels that The Rock — along with his overall legacy in WWE — needs that.

“I don’t think wrestling is not about really making that curtain-call in that aspect,” Booker said in response to Gilmore. “Especially now-a-days, you know? And I don’t think that The Rock has a reason to come back and have a certain match with anyone to solidify his legacy and what he’s done in the business.”

He added, “I don’t think he needs that. I think he gave enough to the sport, to sports entertainment, to be able to walk away whenever he wants to walk away from it.”

Make sure to check out “The Hall Of Fame With Booker T & Brad Gilmore” podcast / radio show every Monday, Tuesday and Wednesday on ESPN 97.5 FM out of Houston, Texas, as well as online at HallOfFamePodcast.com.