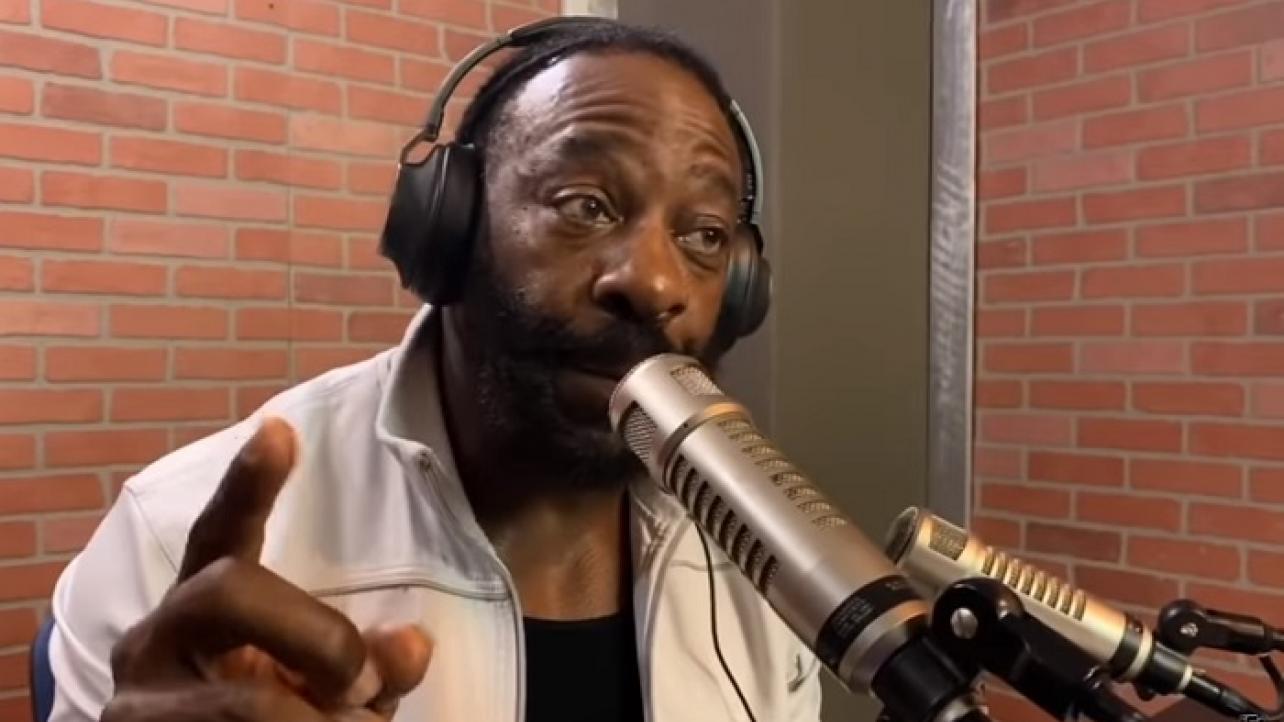 During a previous edition of his Hall of Fame podcast, Booker T spoke about shoot fights he’d seen in a wrestling locker room. The 5-time WCW Champion discussed an exchange between Ernest ‘The Cat’ Miller and Buff Bagwell, as well another fight involving “The Stuff”. Check it out:

On Ernest ‘The Cat’ Miller and Buff Bagwell fighting:

“I remember Cat Miller sitting down and Buff Bagwell was going to try and sneak shot him. And he came over to sneak shot Ernest ‘The Cat’ Miller! People don’t know man, this dude is like the real deal. Blackbelt Jones, something like that. And he moved so quick on Bagwell, blocked it and was on him so fast. Bagwell couldn’t wait for somebody to break it up. It was one of those types of deals.”

On another shoot fight that involved Bagwell:

“The best one was Diamond Dallas Page and Buff Bagwell. They were trying to create an angle and they were acting like they were going to fight in catering. And both of them start jaw jacking back and forth really hard. And then BANG! They start fighting each other. But it was like a worked shoot and nobody broke it up! (laughs). Finally they stopped and realized they had ribbed themselves. That was the best one of them all.”