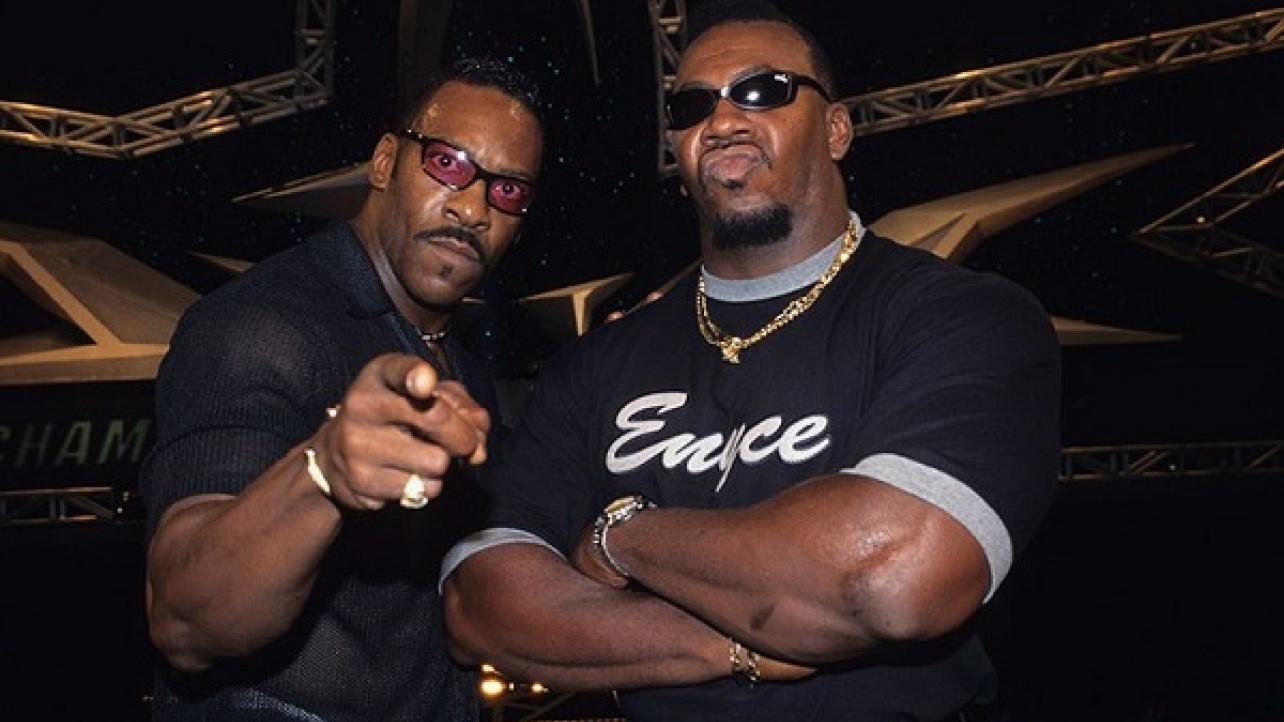 As noted, WWE announced on Monday that Harlem Heat — Booker T and Stevie Ray — will be the tag-team inducted into the WWE Hall Of Fame as part of this year’s Class of 2019 at the ceremony scheduled for WrestleMania 35 weekend next month.

Following the announcement, USA Today’s “For The Win” section released an interview with the duo to talk about their reaction to the big news, their legendary run as Harlem Heat and more. Featured below are some of the highlights from the interview.

Stevie Ray on getting the call about being inducted into the WWE Hall Of Fame this year: “I was speechless for a couple of seconds. The last thing I was thinking about was the Hall of Fame. I’m going to be honest with you, I hadn’t really thought about it. You know, I get the fans hitting me all the time with different things about Harlem Heat needs to be in the Hall of Fame, so on and so forth. But you never know, so I never gave it very much thought.”

Booker T on getting the call about Harlem Heat being inducted, making him a two-time WWE Hall Of Famer: “It was surprising, actually, I guess because one reason, my brother and I, we never actually wrestled in the WWE. My brother took a step aside at that point in time because he had a daughter, and he wanted to see her grow up and see her go to college. He got a chance to do that. But our career in WCW was awesome. My brother and I were together for eight and a half years in WCW and together another two years prior in the Global Wrestling Federation. So we had a career as a tag team, and to be recognized as one of the great tag teams of all time…. [there were] a lot of great tag teams that we competed against back in the day, like the Steiners, the Nasty Boys and the Road Warriors, Sting and Lex Luger, Public Enemy – so many guys we got a chance to grapple with back then, and to be recognized, it’s pretty awesome.”

Booker T on what he wants WWE fans to remember Harlem Heat for in 20 years: “It would just be keep passing it on more than anything. Young guys right now, the Usos, those two guys came out of my school. Authors of Pain, right now, two guys wrecking shop. You’ve got Street Profits out there representing Harlem Heat. That’s what it’s about. If they look back and say ‘Harlem Heat was badass,’ that’s the only thing that really matters, as well as we were good people.”

Check out the complete interview with Harlem Heat at USAToday.com.