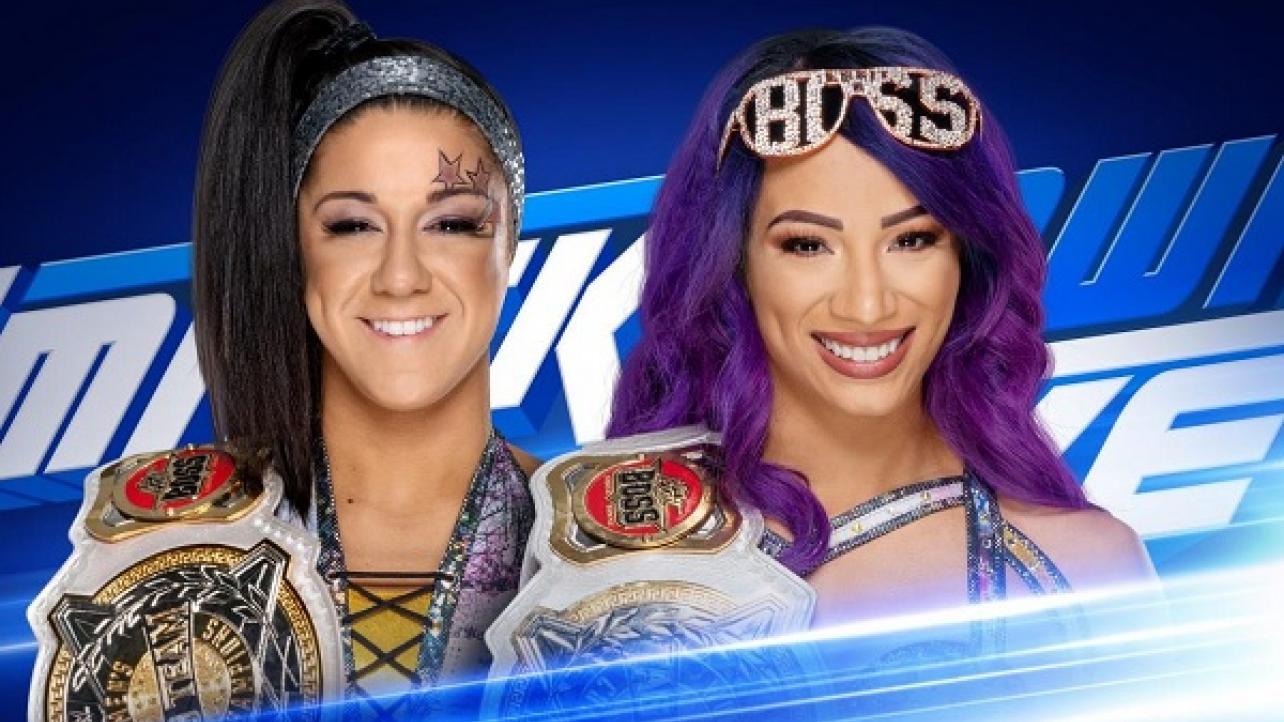 – As noted in the official WWE.com preview for tonight’s show, the WWE Women’s Tag-Team Champions The Boss ‘N’ Hug Connection (Sasha Banks and Bayley) are scheduled to appear on tonight’s edition of WWE SmackDown Live from the Bankers Life Fieldhouse in Indianapolis, Indiana. Ahead of tonight’s show, Sasha Banks posted the following on Twitter:

– As this year’s WrestleMania 35 pay-per-view approaches, WWE has been releasing full matches from past WrestleMania events for free via their official YouTube channel. Featured below is a classic — the complete Brock Lesnar vs. Undertaker match from WrestleMania 30, which features “The Beast Incarnate” sending shockwaves throughout the WWE Universe as he ends “The Dead Man’s” legendary undefeated streak at WrestleMania.

WrestleMania 35 goes down from MetLife Stadium in East Rutherford, New Jersey on Sunday, April 7th, airing live on pay-per-view and via the WWE Network.