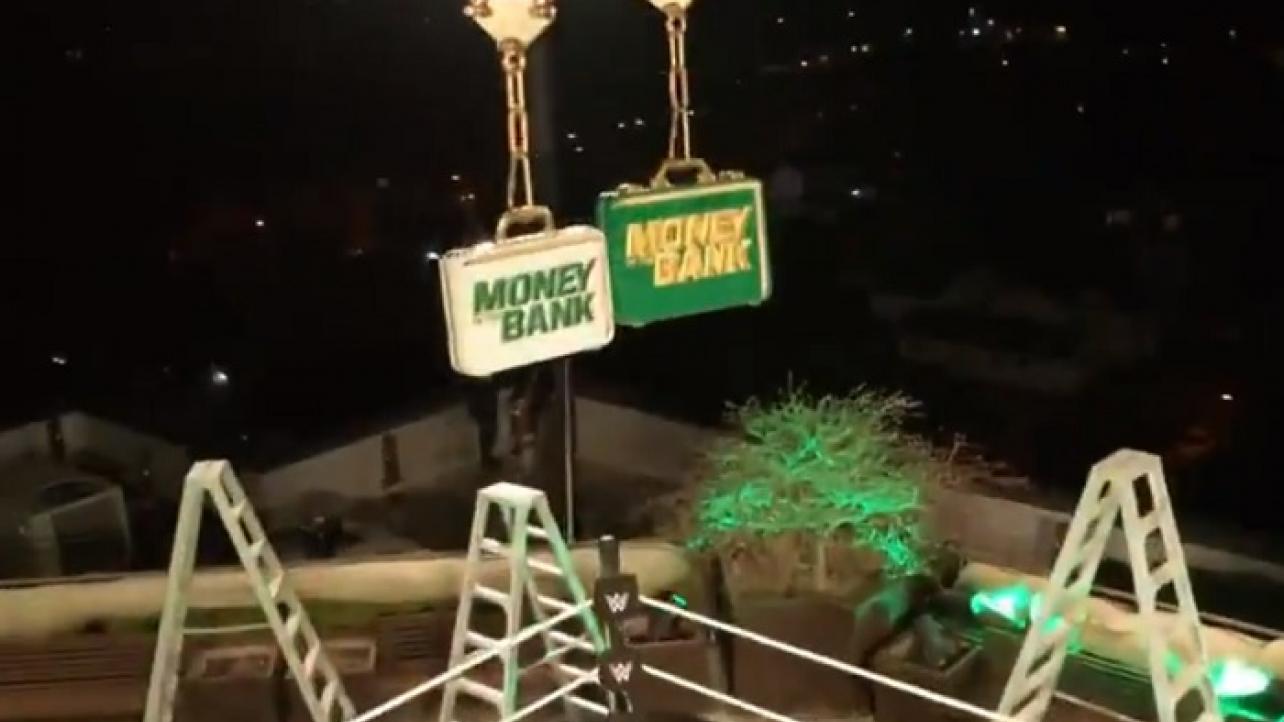 It was revealed on this week’s episode of WWE Friday Night SmackDown that the two men’s and women’s “Climb the Corporate Ladder” matches at WWE’s headquarters in Stamford, CT will take place simultaneously.

As explained by Michael Cole and Corey Graves during the broadcast on Friday night, the competitors will start by wrestling on the bottom floor before ascending towards the top, and ultimately, the roof.

The matches were reportedly taped at the same time, so this would not be a case of splicing together different footage.

It is worth noting, however, that it is expected to be more of a cinematic presentation along the lines of the “Boneyard Match” between The Undertaker and A.J. Styles at WrestleMania 36 last month.

Check out video footage below from this week’s WWE Friday Night SmackDown featuring Michael Cole and Corey Graves running down the aforementioned details on the men’s and women’s simultaneous “Climb the Corporate Ladder” matches at next Sunday night’s WWE Money In The Bank pay-per-view.

Make sure to join us here at eWrestling.com next Sunday, May 10th, for LIVE WWE Money In The Bank Results coverage!

Your don’t deceive you.

For the first time ever, the Men’s and Women’s #MITB Ladder Matches will be happening SIMULTANEOUSLY! #SmackDown pic.twitter.com/iF4abSludy