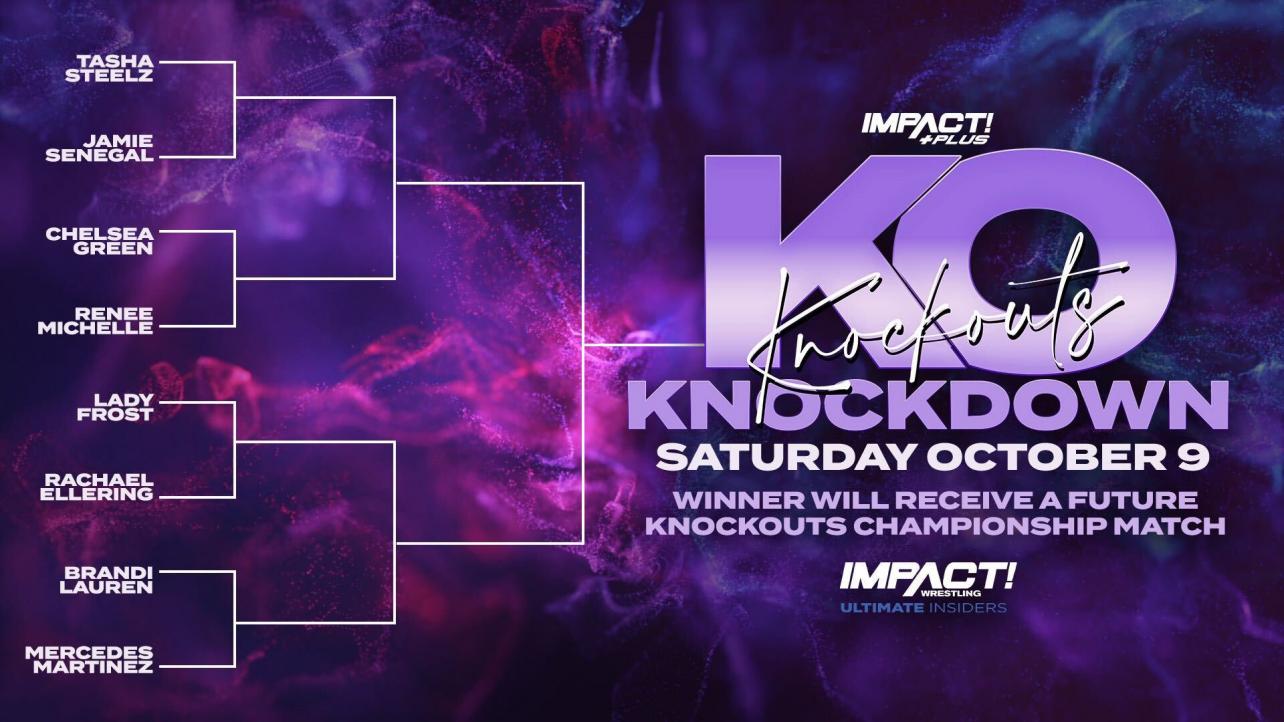 The complete bracket for the IMPACT Knockouts Knockdown tournament has been released.

Ahead of tonight’s edition of IMPACT On AXS TV, the promotion has released the entire opening bracket for the tourney that will take place on Saturday’s special event on IMPACT Plus.

Whoever wins the tourney will go on to challenge for the IMPACT Knockouts Championship, which is currently held by “The Virtuosa” Deonna Purrazzo.

BREAKING: Here is the full bracket for the #KnockoutsKnockdown Tournament THIS SATURDAY on @IMPACTPlusApp! pic.twitter.com/aG1OOrsvYJ