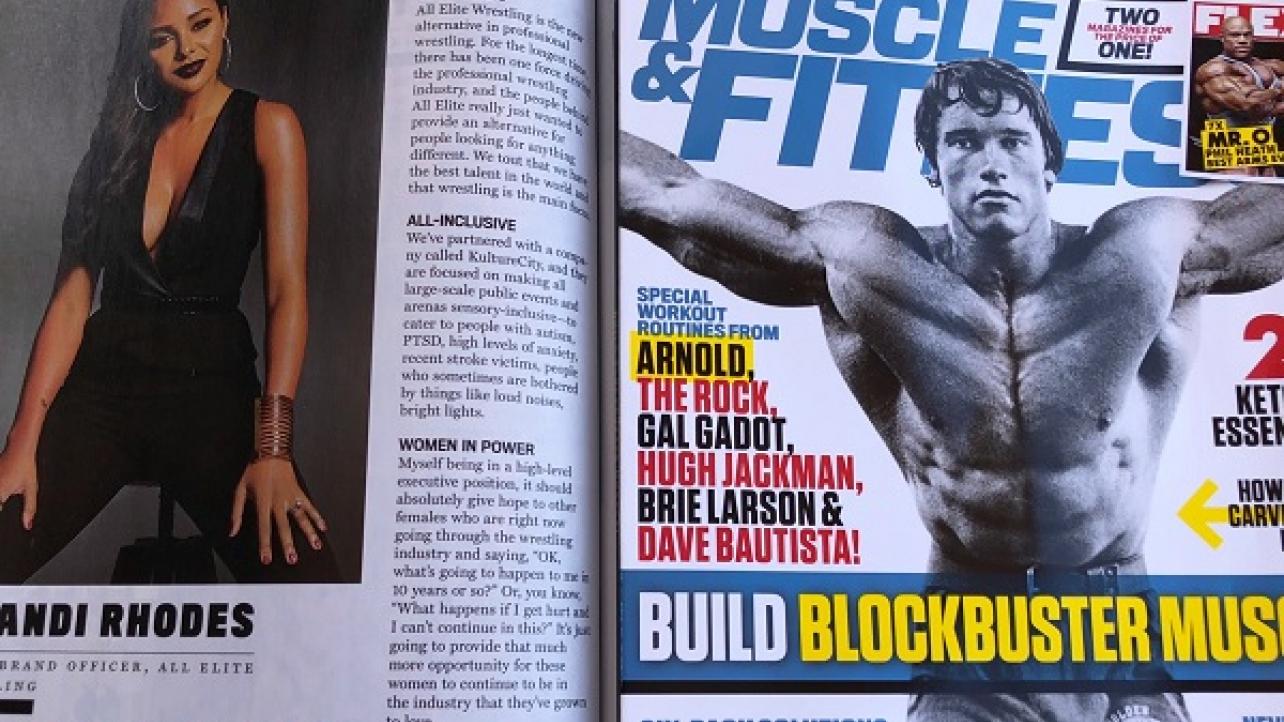 All Elite Wrestling (AEW) Chief Brand Officer (CBO) Brandi Rhodes took to social media on Friday to announce that she is featured in the latest issue of the popular magazine, Muscle & Fitness.

Brandi wrote the following on her official Twitter page on Friday about being featured in the magazine ahead of AEW’s big “Double Or Nothing 2019” pay-per-view event at the MGM Grand Garden Arena in Las Vegas, Nevada on May 25th:

“In the company of Arnold!! thank you so much to @muscle_fitness for the feature and write up! Pick your copy up today! #Elite #AEW #DoubleOrNothing.”

Check out photos of Brandi Rhodes in the latest issue of “Muscle & Fitness” magazine below.

In the company of Arnold!! thank you so much to @muscle_fitness for the feature and write up! Pick your copy up today! #Elite #AEW #DoubleOrNothing pic.twitter.com/BPH7rvDpgG