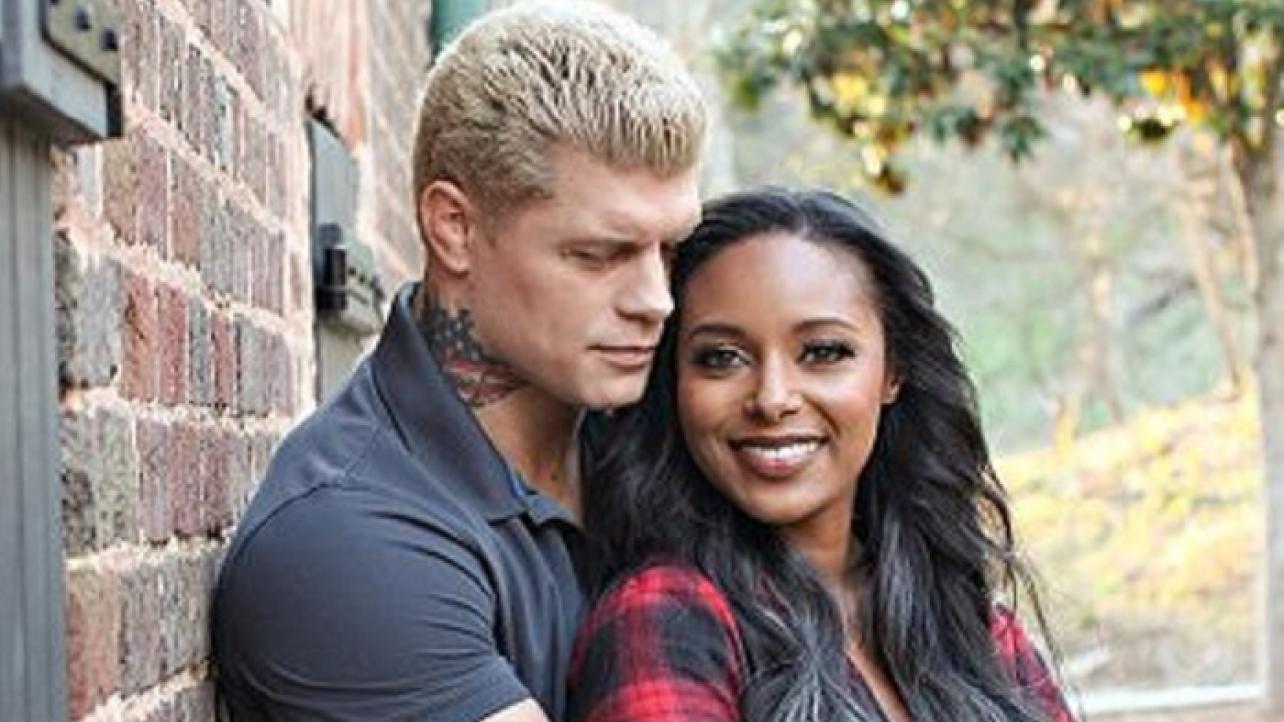 As noted, Brandi Rhodes recently appeared as a guest on Insight with Chris Van Vliet for an in-depth interview covering all things pro wrestling.

In addition to the highlights we previously published from the interview, the AEW CBO also spoke about Cody Rhodes getting a neck tattoo,

On advice she received from the late Dusty Rhodes: “Dusty was always ‘Be straightforward’ as far as I was concerned. We would talk about wrestling and different aspects of it, he would say ‘Tell me straight, what do you want to do? What is the plan? What do you see?’ I would say to him what I would see and that this is my perfect plan. He would then say ‘Ok, you have to say that. You have to tell people this is what you want, because no one knows this. Even though you feel like you are making it obvious, it’s not. You have to tell people what you want and you have to show them.’ That is what has stuck with me and is something I have thought about in my transition of going from ring announcing at this comfortable job, to moving to the unknown. It wasn’t ultimately what I wanted to do. Mine and Cody’s move happened soon after we lost Dusty, I think a lot of his advice rang true to us of you only live once.”

On being a father changing Cody Rhodes: “Oh Cody had dad brain before, it’s worse. He is really trying to find his balance. But the good thing is we are kind of surrounded by people who are empowering us and helping us, that has gone a long way. Otherwise I think we would both be floating out to sea on a raft, waiting for someone to come and help us.”

On ‘Rhodes To The Top’ filming: “So they followed me from about 7 months [into the pregnancy], all the way up to the end and the beginning of the new baby. The hardest part of it was being that pregnant and having constant eyes on me and constant requests while trying to keep a good face. It bombed considerably, as noted in the episode where I had the meltdown about the bus and the bed not being on there. They were very kind to me in that moment. It was so much worse. I don’t know how Cody missed that piece, but it’s no secret I hate The Nightmare Express.”

On Cody getting a neck tattoo: “I know a lot of people who have a lot of tattoos, so it’s not shocking to me that he would want a tattoo. And I have a lot of tattoos, but mine are smaller. I just thought that, and it’s just me, but it should go into more. Maybe we do a whole sleeve or chest thing. But he just wanted that one thing. I’m like, I just think it looks a little lost. But now I have grown into it and I barely noticed it. I never thought it looked terrible. Tattoos are expressions of you and what you love. Do what you like, it’s your body, who cares?”