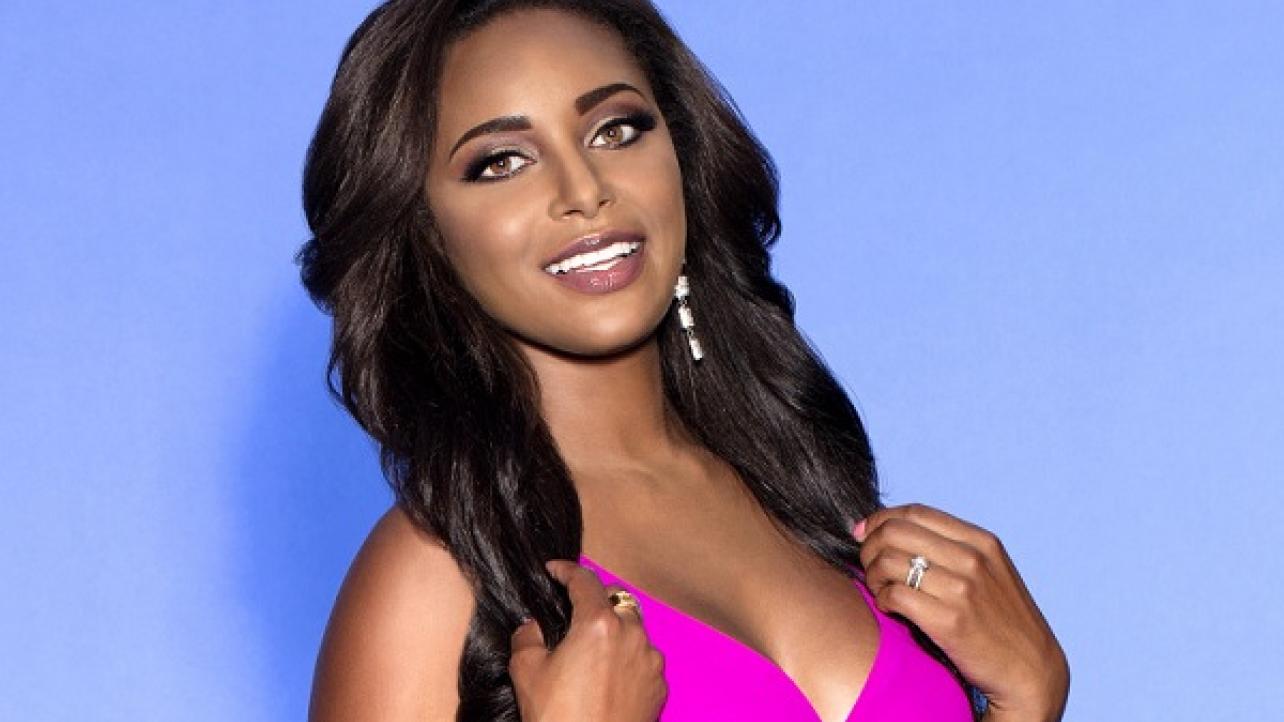 Brandi Rhodes On Pressure Of Being In Rhodes Family, ROH’s “Women Of Honor”

Former WWE broadcast team member and Ring Of Honor (ROH) star Brandi Rhodes recently spoke with the folks from Fansided to promote her role in WAGS: Atlanta on E!.

On ROH’s Women Of Honor division: “Since I’ve only been a part of Women of Honor for a short time, I’m going to speak to the girls that have been there for a while. Folks like Mandy Leon, Sumie [Sakai], Kelly Klein, those are the girls who really built this division and made it what it is today. And they have worked with nothing, basically, and then got it somewhere, and now are hopefully taking it other places. Then, at this point, here I am coming in and hoping to help. But I think it’s definitely a testament to their talent, to their abilities and just their ‘gung-ho-ness’ — wanting to work with this and make it something that can stand on its own. That was the most important thing to Women of Honor, to be able to stand on their own, not to kind of coattail off of Ring of Honor. They’re doing their own thing, they’re not part of the Ring of Honor show. Women of Honor is its own separate sect. So, I think they’ve done a great job. They definitely have contoured an audience, and we’ll see where we can take it from here.”

On the pressure of being in the Rhodes family: “I’ll say one thing, and that is that being married to Cody does not help me in any way as far as confidence goes, because he’s a fantastic wrestler and he comes from a family of fantastic wrestlers. Here I am, a girl — the only girl in the bunch — and there’s all this lineage to try and keep up with and push the name along in a positive way. It’s a lot pressure. Of course, where it does come in handy is that, he’s an amazing wrestler. So, I’m able to get in the ring with him, I’m able to bounce ideas off of him and then things that I, of course, wouldn’t have available to me, I do because of him and because he loves wrestling so much. I’ve never had him say ‘Hey, hon’, I can’t go with you today, I can’t do this, I can’t help you train.’ Or if I want to learn something or I’m probably going to end up popping him in the face or something ridiculous, I’ve never heard him once say ‘Uh, maybe we shouldn’t do this today,’ or ‘Maybe I’m not the person to do this, someone else can show you.’ He’s always there and he will do whatever it takes to make me happy with what I’m learning. It’s great.”

On if she ever spoke with former WWE Diva Kelly Kelly, who was on the initial season of WAGS: “No, actually. Barbie, actually, she was friends more so with Cody than me. I really don’t know Barbie very well. I was on my way in when she was on her way out. I feel like it would’ve been weird for me to reach out to her. I’m sure at some point we’ll run into each other. I think she and Cody even trained together at [Ohio Valley Wrestling], so they’ve known each other for a long time, which is cool. But, I guess if there’s anything I learned from Barbie and watching her on the show is, she, in my opinion, was herself, which is great. There are always going to be people who, I think, miss the mark because they try so hard to be something on a show like this, what they think other people expect them to be or whatever. I feel like the people who resonate the most are the one’s who are themselves, rather than trying to be somebody they’re not. And I think Barbie was herself on the show, which is why she’s had success with it.”

Check out the complete Brandi Rhodes interview at Fansided.com.

Brandi Rhodes On Pressure Of Being In Rhodes Family, ROH’s “Women Of Honor”