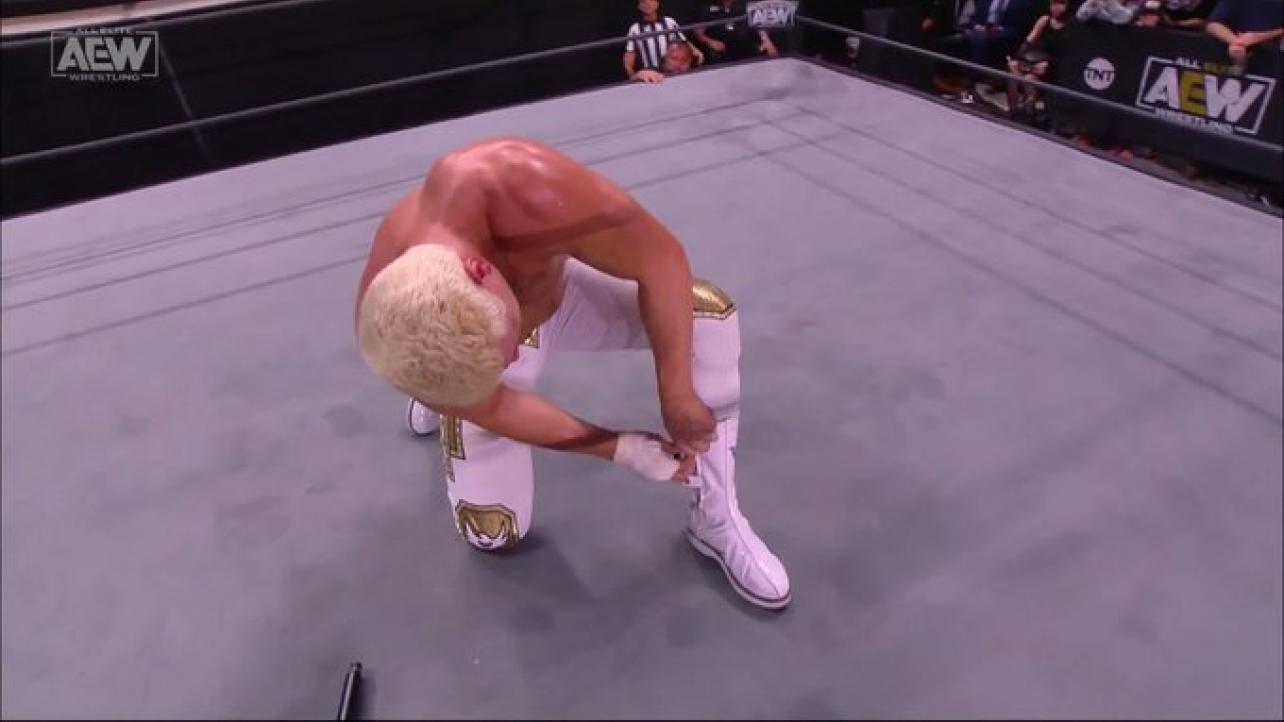 Brandi Rhodes isn’t a big fan of Malakai Black after this week’s AEW on TNT program.

The conclusion of Wednesday night’s AEW Dynamite: Homecoming show at Daily’s Place in Jacksonville, Florida saw Malakai Black easily defeat Cody Rhodes in dominant fashion in the main event of the evening in his in-ring debut match for the promotion.

Following the loss, “The American Nightmare” cut an emotional promo where he appeared to be teasing his retirement when out of nowhere, Black returned to beat him down with a crutch, leaving him laying and ending the show with a sadistic smirk on his face.

After the show went off the air, Cody’s better-half, Brandi Rhodes, took to social media to give her thoughts on Black spoiling the moment for “The Grandson of a Plumber.”

“Disrespectful f*cker,” wrote a blunt Brandi via her official Twitter feed. Check out the tweet, along with video footage of the aforementioned show-closing segment from the 8/4 edition of Dynamite, via the pair of posts embedded below.