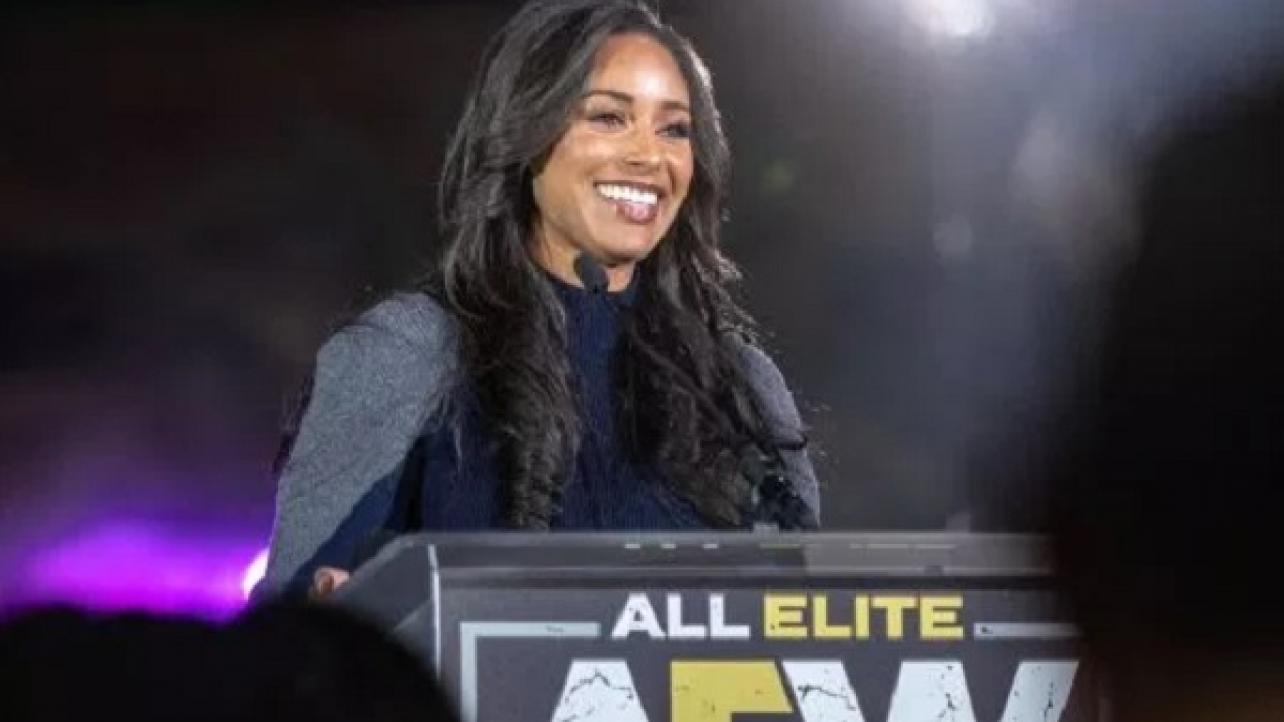 The Chief Brand Officer (CBO) of All Elite Wrestling (AEW), Brandi Rhodes, was recently the subject of a featured article designed to promote Saturday night’s DOUBLE OR NOTHING 2019 pay-per-view at the MGM Grand Garden Arena in Las Vegas, Nevada.

The featured piece, which includes comments from Brandi, as well as her husband and fellow AEW executive and performer, Cody Rhodes, WWE Hall Of Famer “The World’s Strongest Man” Mark Henry and more, is from Doric Sam (@DORICSAM83) and The Undefeated. Featured below are some of the highlights.

Brandi Rhodes on her original career goal: “What I imagined back then was that I would be the first black female figure skater to win the gold medal at the Olympics, so I had high hopes for being a ‘first,’ for sure. I definitely ended up in a different direction.”

Cody Rhodes on Brandi helping create the moment where Maria Menounos recited Dusty Rhodes’ famous “Hard Times” promo to him during a WWE Hall Of Fame pre-show broadcast: “[Brandi] brought that moment to him. It ended up being this really touching moment where Maria was able to share her fandom with Dusty, and I was glad that she gave that to him.”

Brandi on dealing with racism during a recent promotional interview: “[The interviewer] had said, ‘Y’know, I feel like people don’t credit you a lot in these movements that you’re spearheading because you’re married to a white man,’ and I said, ‘Well, that could very well be true, but that doesn’t take it away from me.’ I’m still black. I’m still a female. And I’m still the first.’

Check out the complete Brandi Rhodes interview feature, which also includes comments from Cody Rhodes, WWE Hall Of Famer Mark Henry and others, by visiting TheUndefeated.com, and remember to join us here at eWrestling.com on Saturday evening for live play-by-play results coverage of AEW: Double Or Nothing 2019!