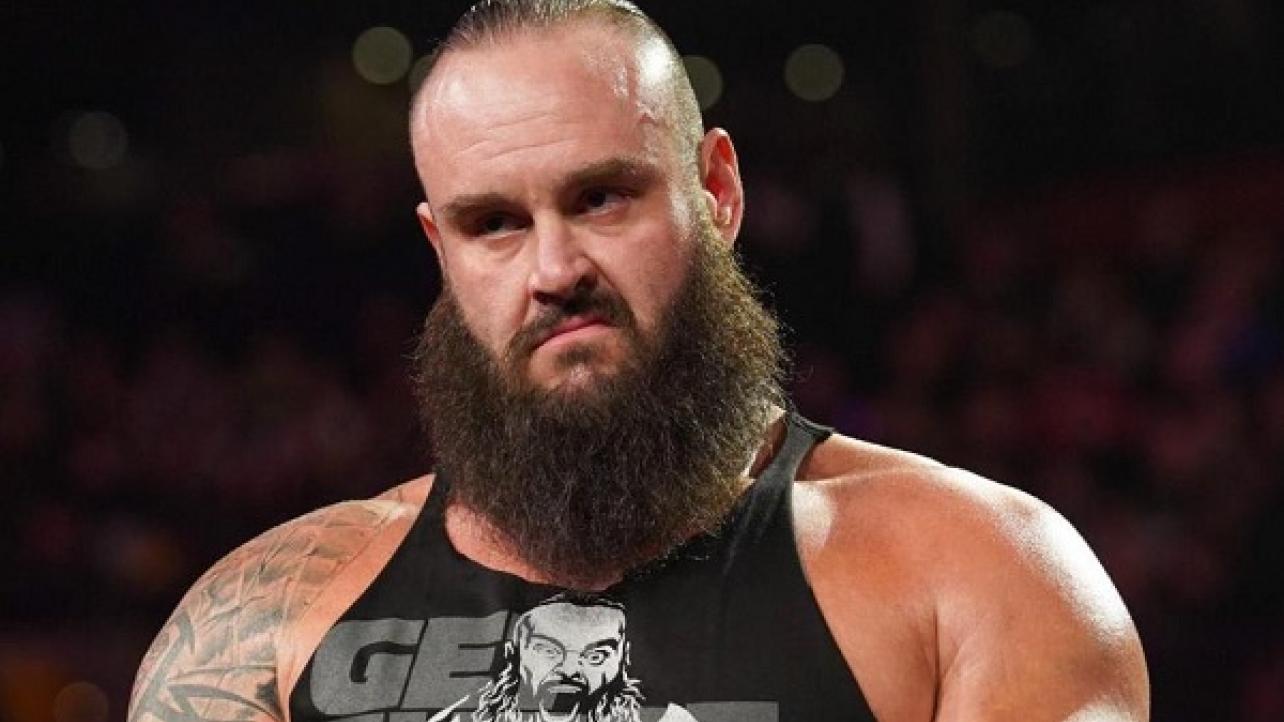 WWE Superstar Braun Strowman recently spoke with Henry Holloway of The U.K. Daily Star for an interview. Featured below are some of the highlights.

On the best piece of advice he has been given in WWE: “God gave you two ears for a reason, keep your mouth shut and use your ears.”

On taking advice from anyone who has some to offer, but not trying to be anyone else: “I am not trying to be anybody, I am trying to be Braun Strowman. I take bits of advice from everyone that I can. That is a big thing in this industry, doing more listening than talking. It gets you a lot further. I am taking the good advice, leaving some of the other advice along the way, and it hasn’t steered me wrong at this point. I am going to keep on going. I am here for the long haul, I have no plans of leaving or going anywhere anytime soon. I love the WWE and the things they have done for me and my family. And I love the support of the fans. You are gonna see many more years of the monster causing destruction.”

On being happy with his spot in WWE but admitting that his chase to the WWE Universal Championship was frustrating and that he feels like he has ‘slid down the mountain a little bit’: “There is plenty of time, but yeah it is a little frustrating as it’s been so close so many times. Literally had my fingertips on it, but its motivation to keep working harder. The big goal this year is getting back in that WWE Universal Championship picture as I have slid down the mountain a little bit. But I am going to keep clawing tooth and nail to get back as it’s the one thing that’s eluded me. I want it, I am hungry, and the monster’s ready to eat.”

Check out the complete Braun Strowman interview at DailyStar.co.uk.