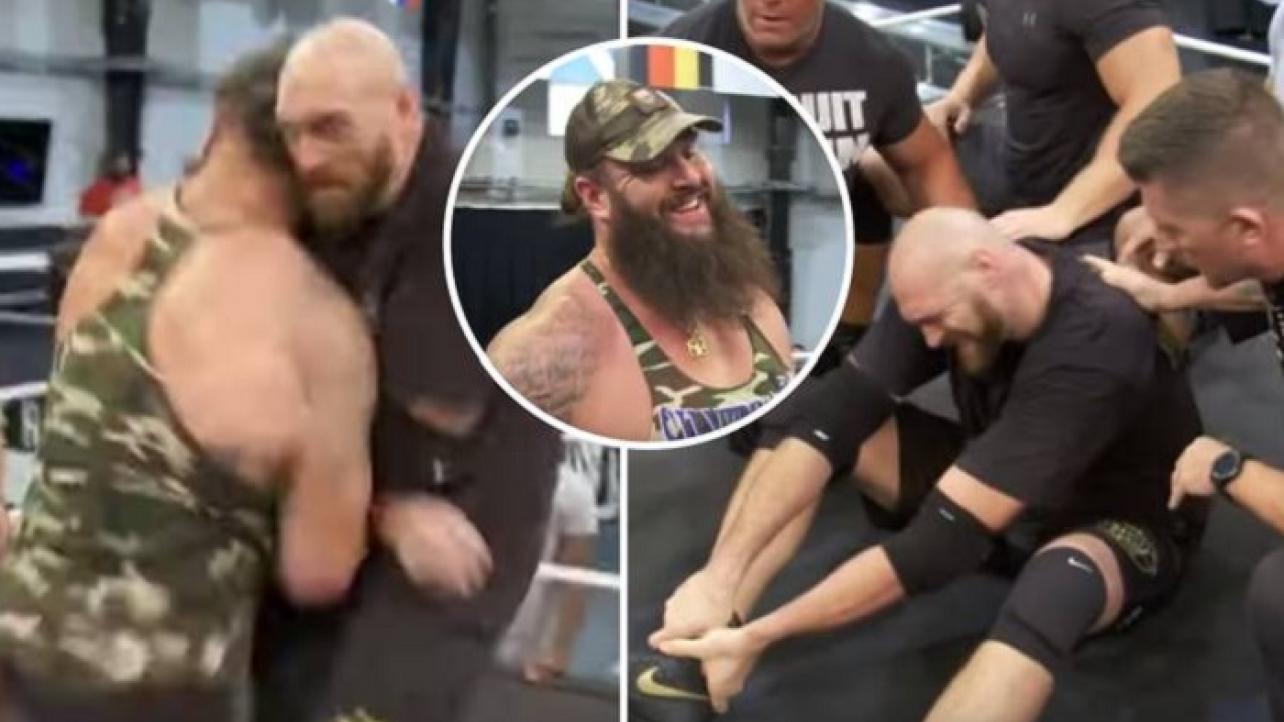 “The Monster Among Men” has scored with a blindside attack heading into WWE Crown Jewel, as he beat down “The Gypsy King” at the WWE Performance Center this week.

WWE sent out the following, highlighting an attack by Braun Strowman on Tyson Fury at the WWE Performance Center. The two will be wrestling each other at WWE Crown Jewel later this month:

A confrontation between Braun Strowman and Tyson Fury has taken the rivalry to a whole other level.

In preparation for his in-ring debut at WWE Crown Jewel, Fury has been deep in training at the WWE Performance Center looking to perfect his new craft. In the middle of today’s training session, Braun Strowman dished out a rude lesson of his own and blindsided The Gypsy King with a vicious hit.

The attack left the lineal heavyweight champion clearly hobbled and fuming over the surprise assault by The Monster Among Men.

Will Fury be fully healed for WWE Crown Jewel or will the attack tip the scales in the direction of the mighty Strowman?

Stay tuned to WWE digital platforms as the story continues to develop.