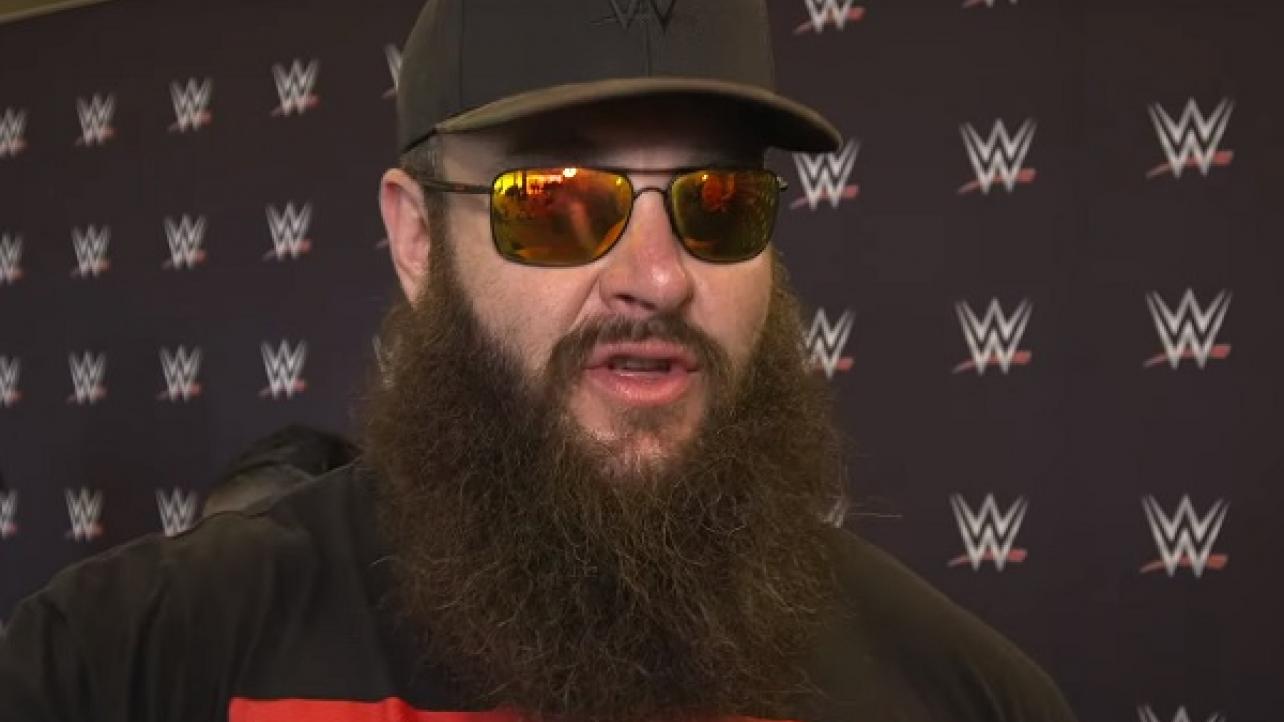 WWE Superstar Braun Strowman recently appeared as a guest on the Gorilla Position for an interview, during which “The Monster Among Men” discusses why he hasn’t become a top champion yet during his run with the company.

Strowman explains that the “powers that be” are not ready for him to become champion, and that timing wise it has never made sense to put the title on him. He also states that new opponents need to be built up for him to one day dethrone, as he has already defeated a good portion of the current roster.

“The powers that be aren’t ready for me to be Universal Champion,” said Strowman. “One of the biggest things is that I’m running out of opponents; I’ve beat everybody. That’s the biggest thing, I feel like. Where we’re at right now, we’re trying to get some other guys more established because, let’s be for real, not everybody can match up to what I’ve done and what I’m capable of doing.”

Strowman continued, “So I feel like that’s part of the biggest thing – just timing-wise, everything happens for a reason in this business. Everything that you [see] going on right now has literally been in works for a year, two years already. So we plan so far ahead. Honestly, as well, I don’t feel like where I’m at with my character [gives him reason to] need a title. I get some, if not the, biggest reactions when I come out anywhere in the world with just me. And a title, without a doubt, is what I want to hold. The Universal Title is the most prestigious thing in the WWE – absolutely, to represent the company in that way [would be great]. But if I don’t need it, I don’t need it.”

Strowman later says that when he does win the big one, it will be that much sweeter since his push to the top was not rushed.

He doesn’t appear to be worried, claiming that he’s in WWE for the long haul.

“It will be much more special not just for me but for my fans because I see it day in and day out, and I appreciate the love that I get,” said Strowman. “And I know you guys are frustrated but don’t be frustrated.”

He concluded, “I’m here for the long haul. I just signed four more years. Like, when it happens guys, it’s going to be unbelievable for all of us. We’re all going to celebrate together and it’s going to be great.”

As noted, Strowman has recently signed a four-year extension with WWE.

Check out the complete Braun Strowman interview below. Thanks to WrestlingInc.com for transcribing the above quotes.