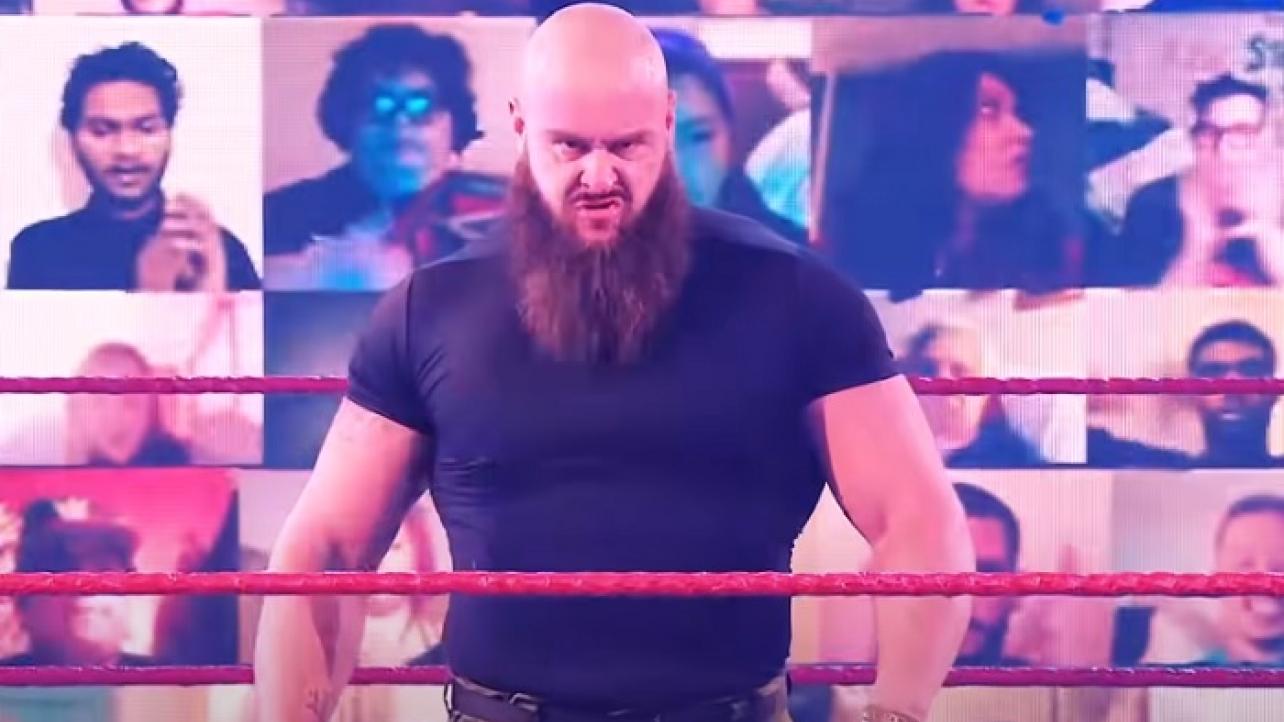 The injury to Braun Strowman couldn’t have come at a worse time for WWE, as the affects are still being felt to this day with the company forced to change a number of plans that they originally had in store to close out the year of 2020.

Strowman is currently off TV due to a knee injury he suffered a few weeks ago with WWE explaining his absence with a “suspension” after he got physical with official Adam Pearce.

In an update, PWInsider.com reports that Strowman suffered the injury at the WWE Survivor Series pay-per-view, specifically during the spot where he and others caught Keith Lee on a dive.

“The Monster Among Men” been rehabbing the injury and has not been backstage at WWE Raw since the episode after the aforementioned November PPV, and the company had to re-write plans for this month’s WWE TLC 2020 PPV as a result because the original direction was for a Strowman vs. Drew McIntyre match for the WWE Championship.

We will keep you posted here at eWrestling.com as updates continue to surface regarding Braun Strowman’s WWE status.