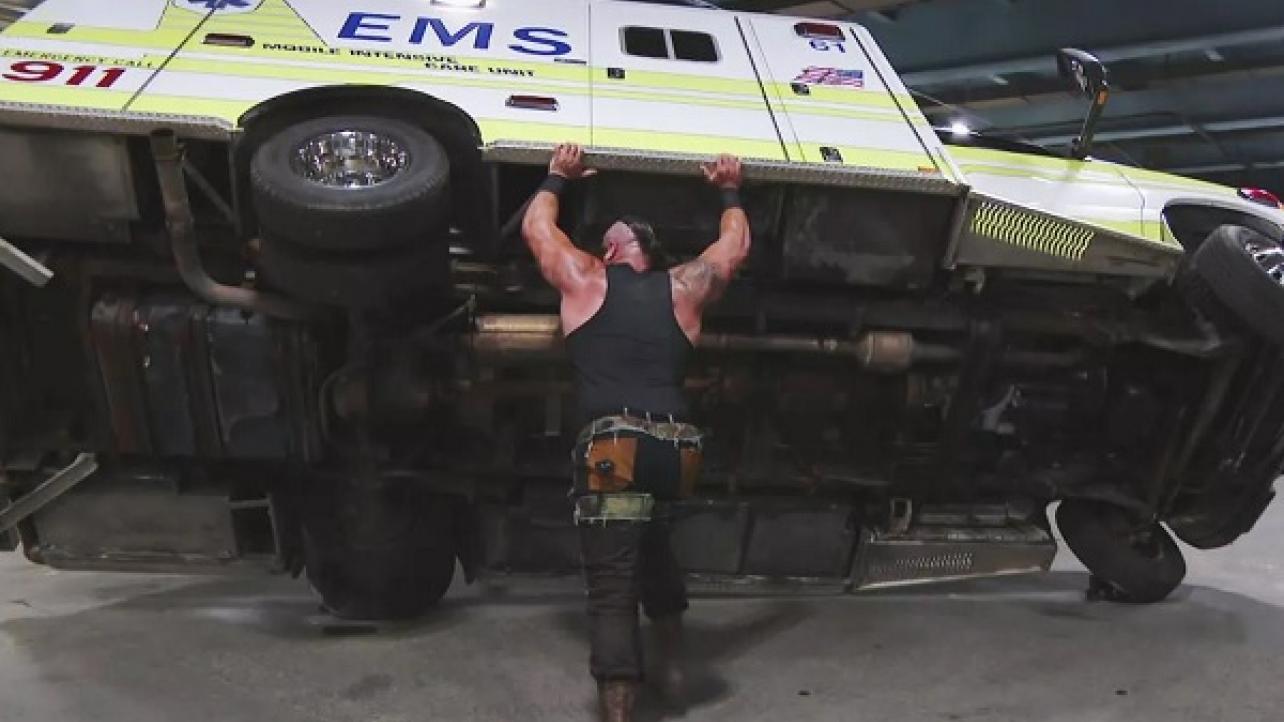 Braun Strowman recently spoke with Gamespot for an interview. During the discussion, “The Monster Among Men” spoke about some wild ideas he has pitched to WWE, the comedic side of his personality, an update on his former tag-team partner Nicholas and more. Featured below are some of the highlights.

On some of the comedic segments on WWE TV showing a portion of his true, real-life personality: “Oh absolutely. When you guys see the ‘ha-ha stuff’ that Braun does, that’s my real life persona coming out. I’m a giant kid-man. I live life like there’s no tomorrow, and I look forward to everyday with the opportunities to travel around the world. And it’s really cool when I get to mix in a little bit of that comedic relief and show the world the range and personality that I actually have as a human being, and that I’m not just this monster that rips people in half and eats their souls or whatever people think.

“It’s fun to throw the comedic stuff in there because it helps with people being able to connect with my character. Because before, when I was just this cold, calculated killer, it was hard to relate to me, being the size that I am. Let’s face it. I’m larger than nature intended, and there’s not a lot of people walking around on this earth that know what it’s like to walk a mile in my shoes. So I think with the adding the little bit of comedy in there shows a little more of a human side, and it allows my fans to engage with me even more and know that I have traits that everyone else does. That I’m yeah, not just this giant that does whatever he wants to do, that I have personality.”

On some unique ideas he has pitched to WWE regarding things he can flip over: “I’ve pitched a couple of times in battle royales where I come out of nowhere and lift up the ring and dump everybody out of the ring before, so that I think would be a fun one,” Strowman revealed. “I don’t think there’s much left to flip unless I ripped a whole roof off the stadium or something like that. I think I’ve destroyed about everything they’ve put in front of me. And Lord knows I’m glad I don’t have to pay for all the stuff that I break.”

On WWE referee John Cone’s son and his former RAW Tag-Team Championship partner Nicholas and how he has been doing as of late: “Right now, Nicholas is doing Nicholas. He’s been taking karate classes, staying in school, and doing his schoolwork, which I told him is the most important. He’s got his whole adult career to come back and wrestle if he wants to wrestle. Right now, he needs to worry about being a kid and having fun and continuing to ride that high of winning those tag titles a couple of years ago with me in New Orleans and enjoying life. But you never know man, at WWE we like to keep you on your toes, and you never know what’s going to happen.”

Check out the complete Braun Strowman interview at Gamespot.com.

Jon Moxley Has Elbow Issues, Booking Changes Made: How Bad Is It?

The Rock Gets Married Again On Beautiful Island (Photos)

Update: Who Will Run NXT Upon Move To USA?, Backstage Changes

John Cena, Mauro Ranallo & Others On NXT To USA Network

WWE HOF’er: NXT To USA Was NOT Done To Compete w/ AEW