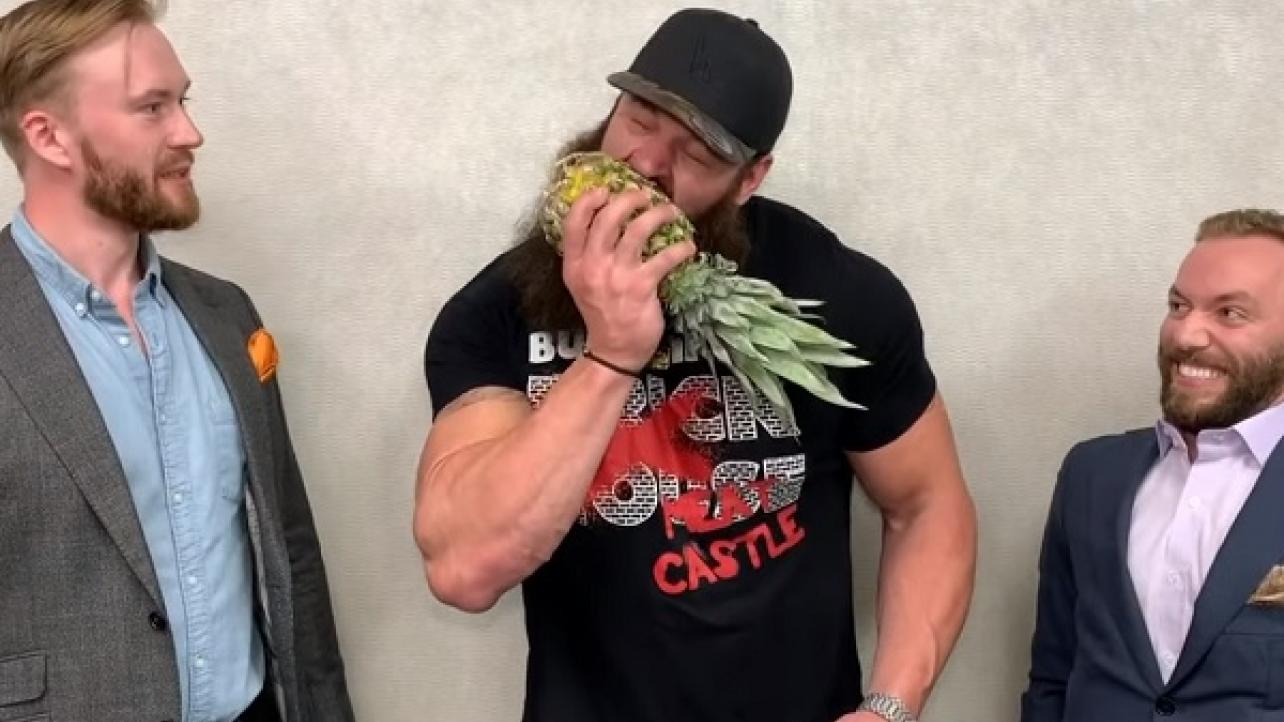 In one of the funnier additions to WWE’s official YouTube channel on Monday features “The Monster Among Men.”

Braun Strowman is featured in a new video on WWE’s official YouTube channel that was released on Monday morning where he takes part in an interview with WWE’s German announcers / interviewers.

During the interview, Strowman takes a solid bite out of a giant pineapple, leaving the German interviewers in disbelief.