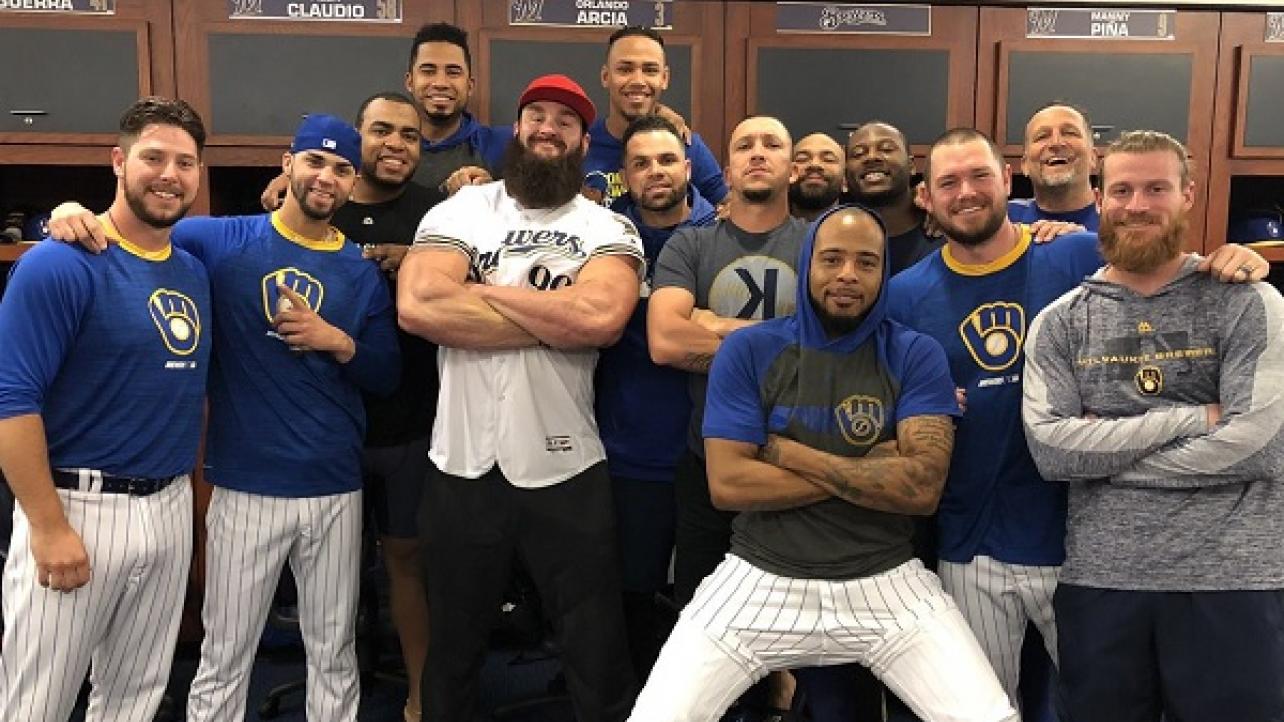 – The latest installment of the WWE digital series WWE Playlist dropped on Sunday. Check out the videos, which focus on Braun Strowman destroying everything and anything in his path, by following the links in the tweet seen below.

Here is a playlist of @BraunStrowman being destructive. You’re welcome. https://t.co/KQ4k6ELHs7

– Speaking of Strowman, he recently visited the locker room of the Milwaukee Brewers baseball team. The official Twitter page for the MLB team tweeted the following photos of Strowman’s visit.

– WWE posted the following on their official Twitter feed on Sunday to wish former SAnitY member Nikki Cross a happy birthday. Also embedded below is Cross’ response to the tweet.

Seeing @WWE type “HeheheheHehehehe”
gives me such a sense of accomplishment…..hehehe they all want to play in the end haha hahahaha, Nikki…..don’t be naughty! https://t.co/c74jccNgLx

– Finally, ahead of tonight’s live special dubbed, “The Shield’s Final Chapter,” WWE looks back at The Shield’s “Top 5 Best Matches As A Unit” in the latest edition of the WWE digital series, WWE Top 5. Check out the video below.