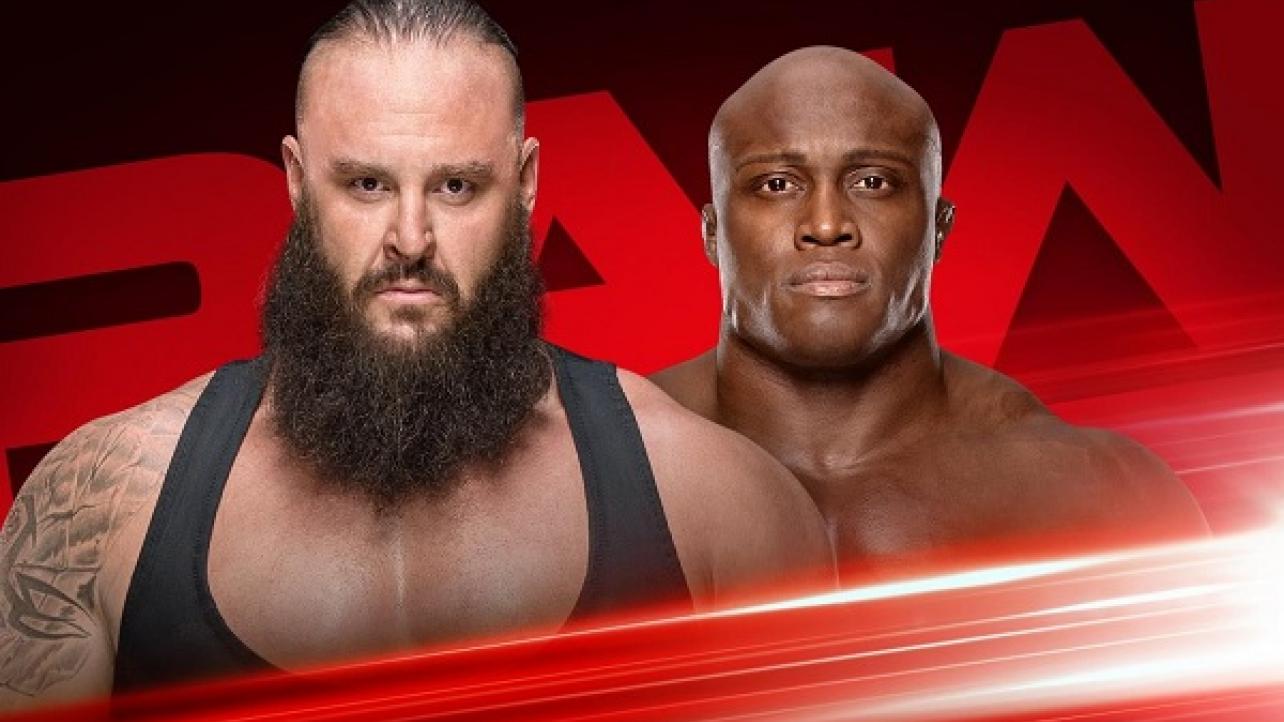 On Friday afternoon, WWE announced a special match for this coming Monday night’s edition of RAW.

In what will be a “Falls Count Anywhere” Match, Bobby Lashley will go one-on-one with Braun Strowman on Monday night’s show at the American Airlines Center in Dallas, Texas.

WWE.com wrote the following today to announce the match:

The Monster Among Men and The All Mighty take their massive rivalry outside the ring this Monday night on Raw, where they will clash in a Falls Count Anywhere Match. Which of these behemoths will cement their dominance on the red brand?

Braun Strowman has bested Bobby Lashley in an Arm Wrestling Match, a one-on-one battle at WWE Super ShowDown and, this past Monday night, a Tug of War. However, it was The All Mighty who was standing tall after that most recent test of strength, pulling the tugging rope across the eyes of The Monster Among Men to temporarily blind the goliath, then driving him into the ringside barricade.

Strowman will have a chance for retribution against the bitter Lashley when they meet in a Falls Count Anywhere Match on Raw in Dallas. Will Lashley continue to “get these hands” as these titans battle all over the arena in a bout where pinfalls or submissions can occur anywhere? Or will The All Mighty use this chaotic stipulation to finally cut The Monster Among Men down to size?

Whatever happens, you won’t want to miss any of the hard-hitting havoc.

Make sure to join us here at eWrestling.com this Monday night for live WWE RAW results coverage from Dallas, Texas!