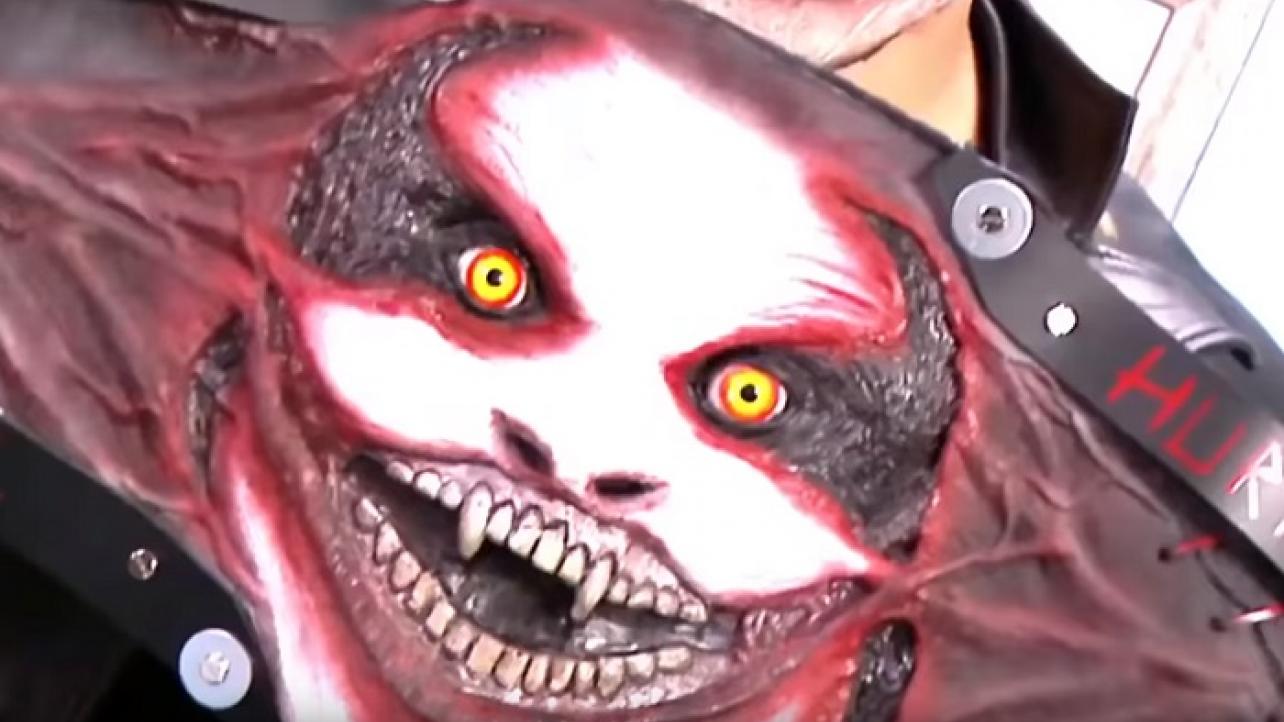 On Friday night’s show from Legacy Arena in Birmingham, Alabama, Wyatt appeared in a new installment of his “Firefly Fun House” series where he showed off the custom championship title, which he described as his “toy” and featured “The Fiend’s” mask.

Additionally, Wyatt was joined by Huskus to talk about Thanksgiving. According to the top dog on the WWE blue brand, everything we know about the origin of Thanksgiving is a lie. He would go on to explain that the annual holiday “is all about the Reptilians.”

Wyatt would also show off a rendition of “The Muscle-Man Dance” during this week’s “Firefly Fun House” segment on the post-WWE Survivor Series 2019 edition of WWE Friday Night SmackDown, which took place one day after Thanksgiving in the United States.

The segment would ultimately continue the build to a Bray Wyatt vs. Daniel Bryan showdown for the WWE Universal Championship at the upcoming WWE TLC 2019 pay-per-view in December.

Check out the complete “Firefly Fun House” segment featuring “The Fiend” Bray Wyatt showing off his new custom WWE Universal Championship, his “Muscle-Man Dance” and his origins-of-Thanksgiving story with Huskus below.

For exclusive close-up photos of the new custom “Fiend” version of the WWE Universal Championship, which only appear in quick-cut-glimpses during the “Firefly Fun House” segment, check out the tweet embedded below from eWrestling reporter Matt Boone (@MattBoone1984).