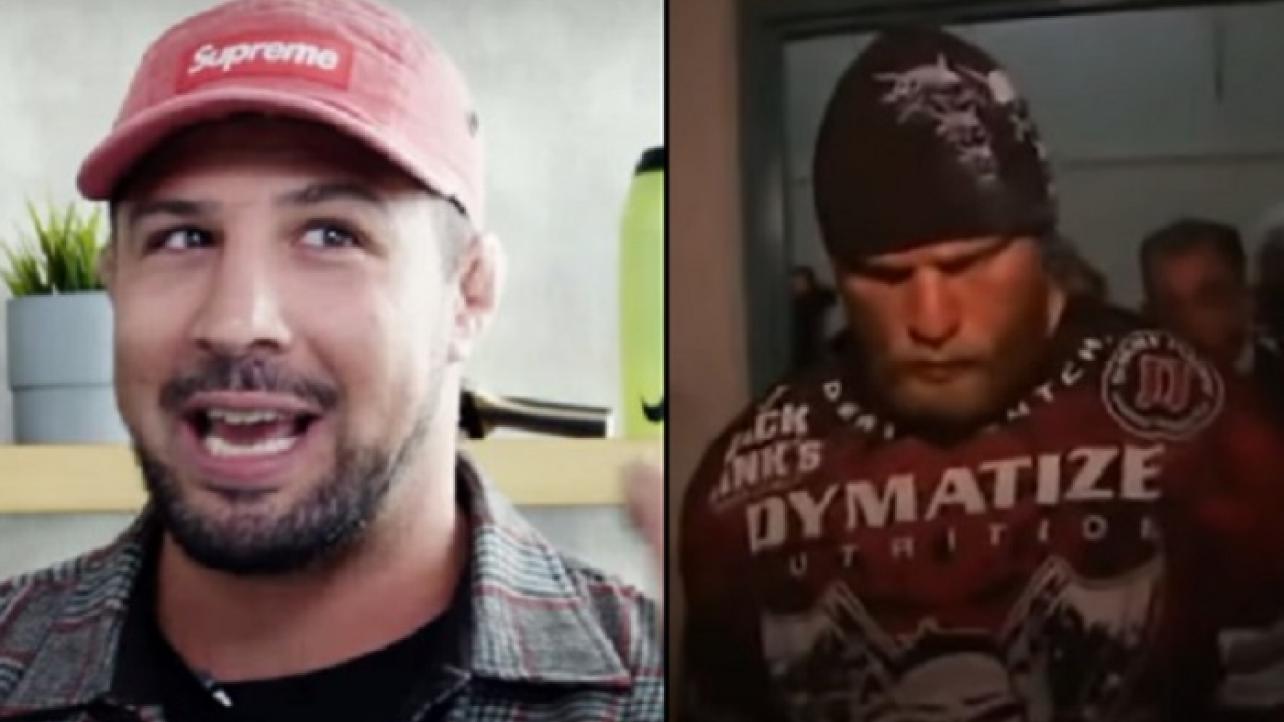 Apparently like a super hero, it takes being under the bright lights with the pressure of a live audience to either succeed or fail in front of, for Brock Lesnar to become “The Beast Incarnate.”

On Wednesday, a special “UFC 249 Breakdown with Brendan Schaub & Kenny Florian” edition of the weekly Showtime-produced BELOW THE BELT podcast hosted by former UFC fighter and finalist of season ten of The Ultimate Fighter turned comedian and podcast star Brendan Schaub was released.

During the program, which featured regular show-host Schaub joined by former multiple-weight class UFC title challenger and finalist of season one of The Ultimate Fighter turned UFC and MMA analyst Kenny Florian taking a closer look at the UFC 249 pay-per-view lineup for this Saturday’s event in Jacksonville, Florida, Schaub revealed an interesting tidbit about Brock Lesnar.

According to Schaub, who was dubbed “Big Brown” by fellow TUF 10 alum, late-MMA and street-fighting legend Kevin “Kimbo Slice” Ferguson, “The Beast Incarnate” was, much like himself, not exactly thrilled or in a hurry to make their respective walks to the Octagon one particular evening.

“Big Brown” recalled seeing the former two-time NCAA All-American, UFC Heavyweight Champion and WWE Champion nervous, bordering on downright afraid to go out to the cage prior to his UFC bout against either Shane Carwin at UFC 116 at the MGM Grand Garden Arena in Las Vegas, Nevada in July of 2010, or Cain Velasquez at UFC 121 at the Honda Center in Anaheim, California in October of 2010.

“I knew I could kind of be honest with my coaches and myself when I saw Brock Lesnar before he was fighting,” Schaub began, when sharing the story with Florian early into the show. “I think it was Cain [Velasquez] or Shane Carwin,” he added, before digging into the juicy behind-the-scenes details from their days as active MMA warriors competing for the biggest combat sports league on the planet.

“And his coach was like slapping him [and saying], ‘No, you’re going out there!,” Schaub claimed. “I was like, ‘His big ass doesn’t wanna go out there?!'”

“‘Oh, we’re good,'” he recalled exclaiming when first hearing about the information prior to his own pre-fight jitters and anxiety, a piece of info that he claims actually helped calm his own nerves and allowed him the feeling of freedom to be honest with his coaches before making his walk to the Octagon for his fight on the same card.

“‘I can be honest [with my coaches, too]!,” Schaub concluded.

Obviously whether this was before Lesnar’s fight with Carwin or Velasquez makes a big difference in terms of whether or not he was correct in his fear, as the former saw him successfully defend his UFC Heavyweight Championship with an arm-triangle submission victory at the 2:19 mark of round two, while the latter saw him decked and TKO’d at the 4:12 point of the opening frame in a bout that saw him lose his UFC Heavyweight Championship.

The man he lost said-title to, however, would fall victim to the “The Beast Incarnate,” as he would later defeat him in half the time, submitting the fellow former UFC Heavyweight king in a pro wrestling rematch — before WWE released Cain Velasquez in April of 2020 — when the two met in one of the featured main events at the WWE Crown Jewel pay-per-view at King Fahd International Stadium in Riyadh, Saudi Arabia in October of 2019.