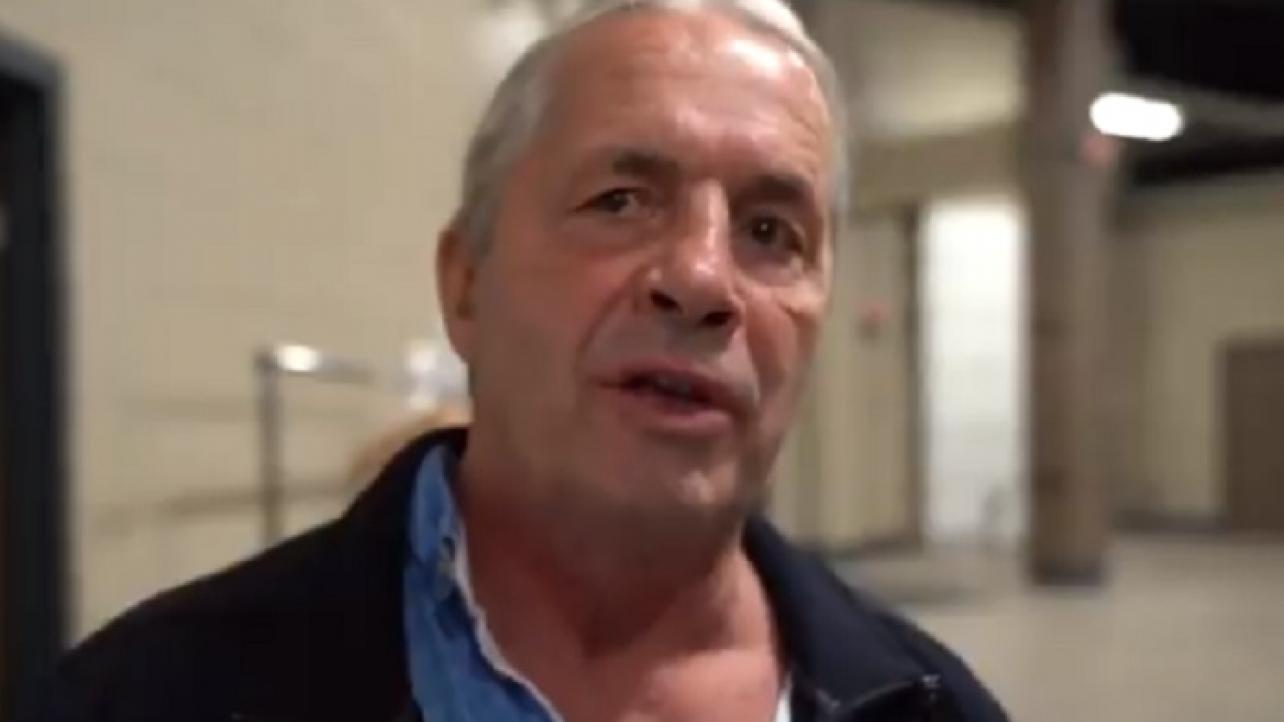 “The Hitman” made an appearance at the WWE Calgary event this weekend.

WWE Hall of Famer Bret Hart was in attendance for WWE’s recent house show at the Corral from Calgary Alberta Canada. Hart recalls the history the unique venue holds, revealing that he had some of his first wrestling programs in that very building, and comparing it to Madison Square Garden.

“It’s always great coming to the Corral. This place has got so much wrestling history in it. They use to have pictures all over the bottom mezzinae of wrestling matches from the 50s and the 60s. They don’t have those pictures up anymore but it still has all that history in it. I can remember some of my first wrestling programs right here in the Corral.

“It’s really special. It’s unique. I think this building is about a year or two away from being torn down. It’s something you can alway say. ‘I got to wrestle in the Corral.’ It’s like wrestling in Madison Square Garden. This is a very famous building where a lot of great iconic wrestling matches happened.”