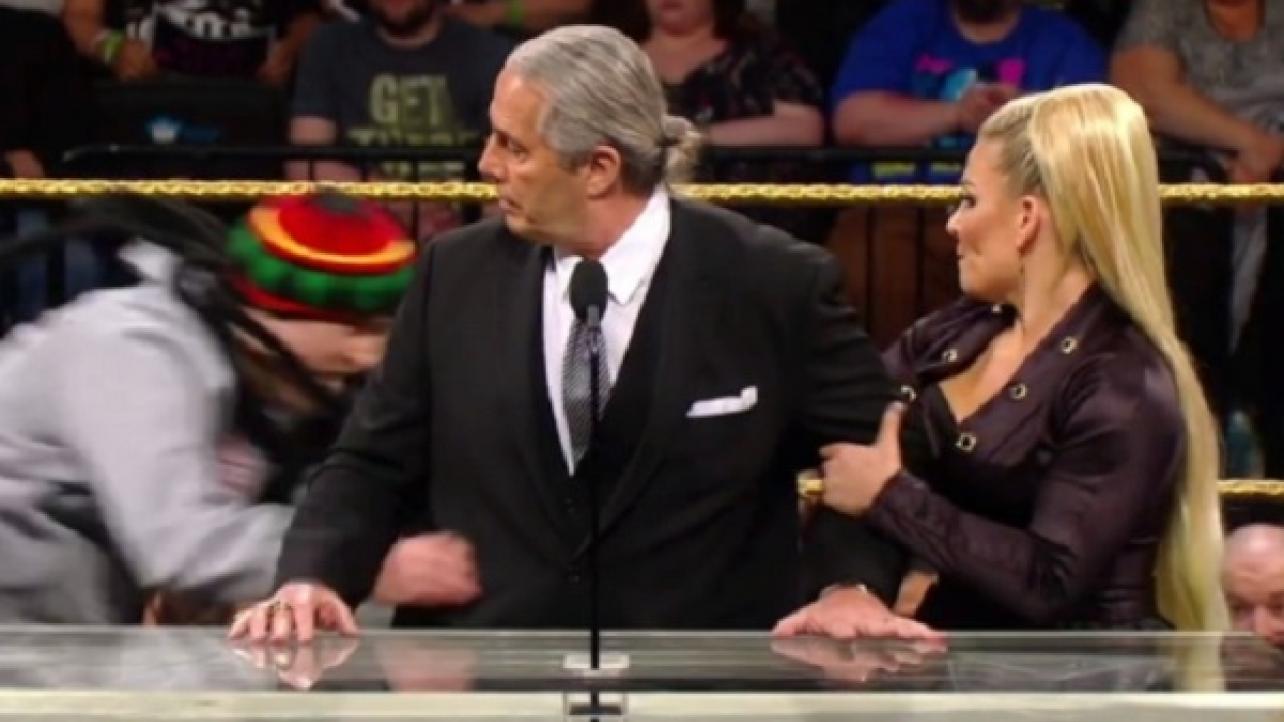 During his induction speech for The Hart Foundation tag-team with the late Jim “The Anvil” Neidhart, a fan with a colorful hat on appeared to hit the stage and attempt to attack “The Hitman.”

From there, the camera shot switched to the crowd and the fan was apparently dealt with. When the camera shot returned to the ring, we were told to pay no attention to that fan. Natalya said “it’s time to get back to our speech.”

Someone from the crowd just ran into the ring and tackled Bret Hart during his WWE Hall of Fame speech. Here’s the aftermath. pic.twitter.com/oZXjnUj2kp

WTF is going on!

Bret Hart attacked during his speech on the Anvil …. for shoot #WWEHOF pic.twitter.com/ExhiIR8u0D