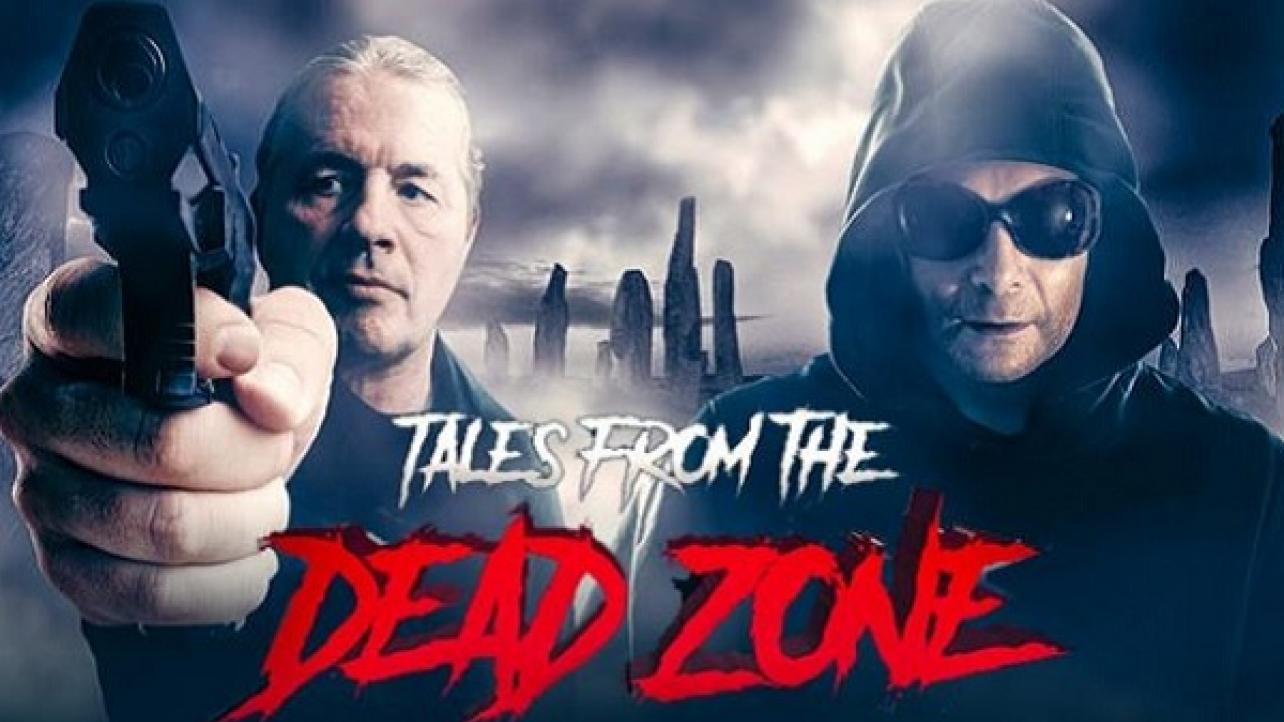 Two-time WWE Hall Of Famer Bret Hart has landed himself a role in a … well … an interesting movie.

“The Hitman” will be featured alongside child actor turned celebrity cling-on Cory Feldman in a horror film called, TALES FROM THE DEAD ZONE.

The producers associated with the project issued the following press release and movie trailer video to promote the release of the film next year.

EDMONTON – June 19th, 2019 – TALES FROM THE DEAD ZONE, starring WWE Hall of Fame wrestling superstar Bret”The Hitman” Hart, in his Feature Film debut and Corey Feldman (THE GOONIES), (THE LOST BOYS), (STAND BY ME), is slated for a 2020 Release.

TALES FROM THE DEAD ZONE is about a Medical Examiner conducting autopsies on victims of a horrible car crash, who imagines how they may have lived their lives. The anthology links four terrifying stories together.

“All four of the stories in the Feature Film have been shot. We are gearing up now, to shoot the wrap around story, in the fall”, says director Barry J. Gillis.

“I didn’t set out to shoot a movie like any other film, but these comparisons, came up in the dailies, as well as from fans who contacted me after seeing an early trailer. If TALES FROM THE DEAD ZONE reminds people of other films, they love from the past, that’s a great honor,” exclaims Gillis.

There have been some skeptics, who cannot imagine Bret Hart, and Corey Feldman in the same Movie.

“We get messages from people, who think it’s a disaster. It just boggles the mind. To me it’s been a great idea since day one. Both are true professionals, and great actors. I’m happy with their performances.” states Gillis.

TALES FROM THE DEAD ZONE is the 5th Feature Length Film shot by Gillis, and his most ambitious effort to date. His previous movie, HOUSE OF MANY SORROWS, has been picked up for distribution, and will be released by the end of 2019. The movie poster for TALES FROM THE DEAD ZONE, is being revealed to the public on June 19th.

For more information on the film, visit the official website for the movie at TalesFromTheDeadZone.com.

Check out the official movie poster for Tales From The Dead Zone featuring Bret “The Hitman” Hart and Cory Feldman below.