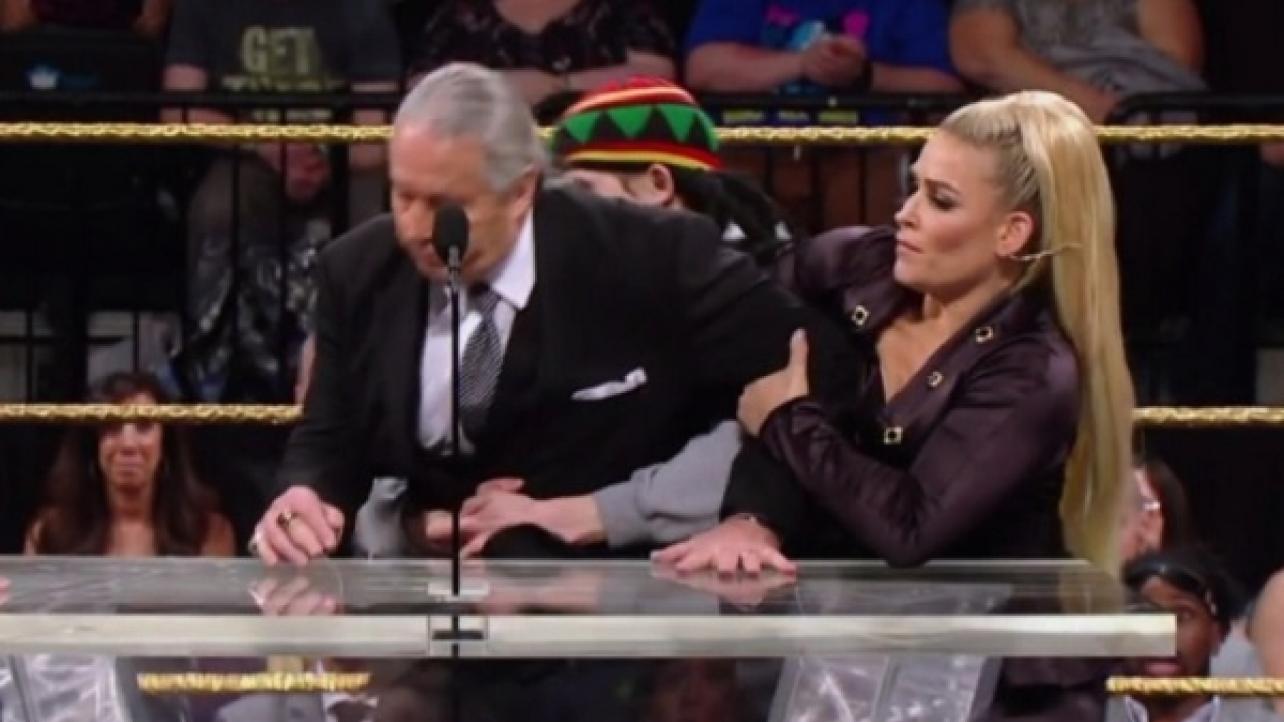 Two-time WWE Hall of Famer Bret Hart was a recent guest on the Sunday Night’s Main Event show where “The Hitman” opened up about the fan who attacked him at the WWE Hall Of Fame induction ceremony during WrestleMania 35 Weekend.

Hart reveals that a lot of people thought he was “beat up” from the incident, when in reality it was the fan, Zachary Madsen, who suffered the most damage.

“I didn’t see the guy until it was too late. I could tell something was happening but I thought it was a fight in the crowd. You never take anything for granted. I consider myself lucky that it was as insignificant of an incident as it was. Everyone thought I got punched and hurt and manhandled by that guy but it was more the other way around, I think.”

Hart expresses that he feels bad the entire thing even happened, but is grateful that the situation did not become much worse.

“It was a bad day for that guy. I feel bad that it happened. It was a stupid thing to do. I know something happened to Arnold Schwarzenegger a few weeks ago. I hope it doesn’t become something that people think is funny to do all the time because at the same time you take that incident that happened in New York at WrestleMania – it could be like John Lennon. He didn’t think anyone would shoot him in the back walking into his house. So you can’t take anything for granted. Wrestling fans are very passionate. They get caught up in the storylines and all the things that go into wrestling and all that’s good but I wouldn’t recommend attacking wrestlers at Hall of Fames.”

He also discusses some of the theories and motivations that Madsen may have had.

“I heard various theories and things that were put forward. I heard he was a devoted fan of Vince’s that he loved Vince McMahon and I’ve heard the other way around that he wanted to do harm to Vince and by doing harm to me was doing harm to Vince. I don’t know which of those is true. I don’t care too much to talk about it because that’s what they want. They just want the attention. They want the headline. They want us all to talk about it on the radio right now. This is the first time I’ve talked about it. I feel bad it happened. I don’t feel bad for him. He got hurt pretty good, I think. Some of the wrestlers that jumped on him landed on me pretty hard by trying to protect me which I appreciate but it’s a better left unsaid kind of thing.”

Check out the complete Bret Hart interview at Podbean.com.