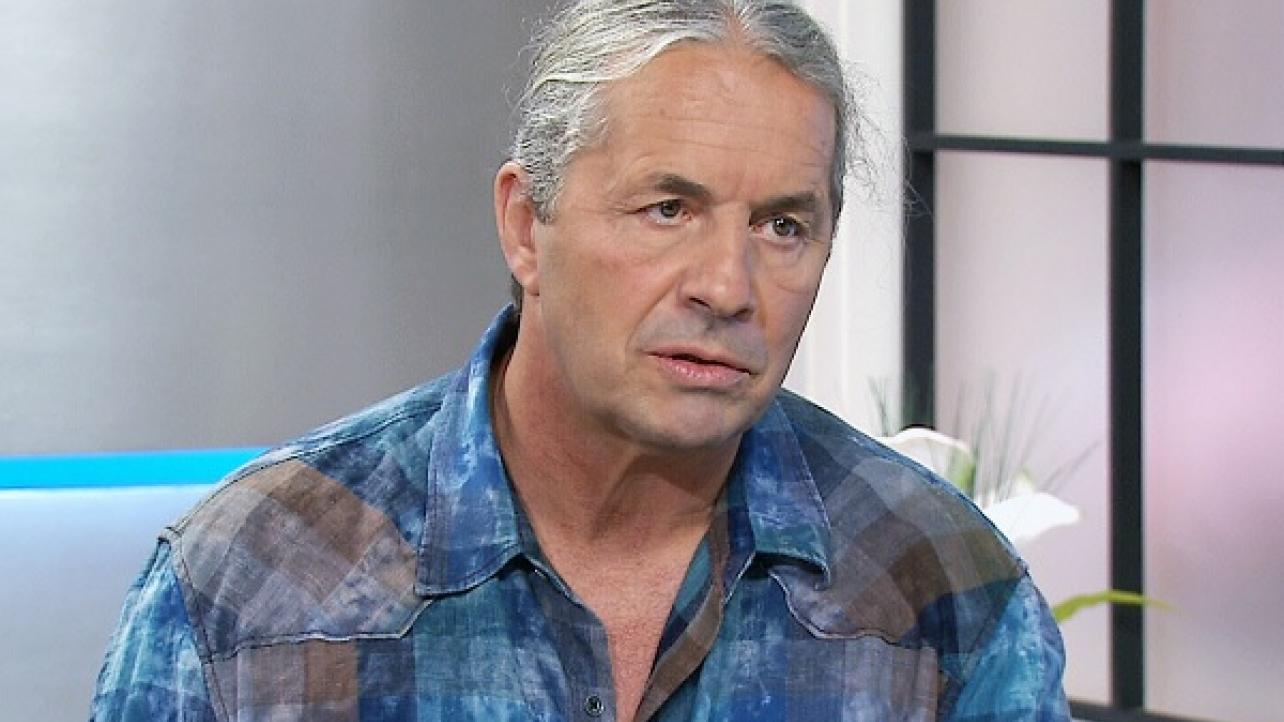 WWE Hall Of Famer Bret “The Hitman” Hart recently appeared as a guest on the CBS Sports podcast, In This Corner, for an in-depth interview. Featured below are some of the highlights.

On the evening of the Montreal Screwjob being a defining moment in his career: “In some ways, I’m not so proud of that moment but in a lot of ways, I think it was the single defining moment of my lifetime. You know I often second guess a lot of what I did that day punching Vince and you know I think it made me feel good a few months ago when Chris Jericho was on a podcast and he was talking about Bret Hart should have done this or Bret Hart should have done that, but all these people who are talking about me they don’t know my circumstance. They don’t know what rights I had in my contract that gave me legal precedent. I had creative control for my last sixty days right there I was legally in the right to do the things I stood up for.

“It kinda stings when I think of how much I gave to WWF and how they just wanted to stab me in the back that day and sweep me out the back door and have nobody ever hear from me again. All that I did meant nothing, all those years taping up injuries and working sick and I’d worked for WWF for at least three hundred days a year for at least sixteen years and it meant nothing to them in the end.”

On a lot happening in WWE and in his own life since punching Vince McMahon backstage that night: “You get past it when you go through other struggles in your life. When I deal with my brother Owen getting killed, and Bulldog, so many other wrestling friends of mine that have passed away. You know to having a stroke and almost dying from a stroke years ago and having my brush with prostate cancer two years ago. It’s like I don’t have time to worry about what happened with Shawn Michaels or Vince McMahon almost thirty years ago.

“If I had to do it again I would have probably done the exact same thing again. I have no regrets on my behavior. I look at it myself in some ways as my crowning moment. My moment to stand up and say I’m a businessman and I’m gonna protect myself and you don’t have the right to destroy me. You might have a contract that employes me as a wrestler but you don’t have the right to destroy me, rape me. When I look at what I did, what I stood up for I believe I stood up for all the boys in wrestling.”

On comparing himself to CM Punk and respecting Punk for standing up for himself and the rest of the locker room when he walked out on WWE after the 2014 Royal Rumble PPV: “I think the same could have been said about CM Punk as an example. You know his standing up and saying, ‘hey I’m doing all the work around here, you’re gonna give Batista and Brock Lesnar and Triple H all these guys who are part-timers who are home every day, they’re getting all the main event matches at WrestleMania and I’m the one pulling the wagon around here and I wanna be in the main event.’ They tried to smooth it over and sugarcoat it and offer him everything but a main event spot so he quit like he held them up on that.

“I heard some guys talking bad about CM Punk in the car about he wasn’t one of the boys or something like that. I’m thinking, ‘he gave up so much to prove a point for the wrestlers.’ You know that the wrestlers are doing the work, put the wrestlers in the main event spot. He stood on those principals and he lost his job, gave up a lot to make that point but he was right and he took a bullet for the industry. I’m glad he won that case a few weeks ago because I’m sure that there was a lot of pressure on him to wear him down and break him in that case.”

Check out the complete Bret Hart interview at Stitcher.com.