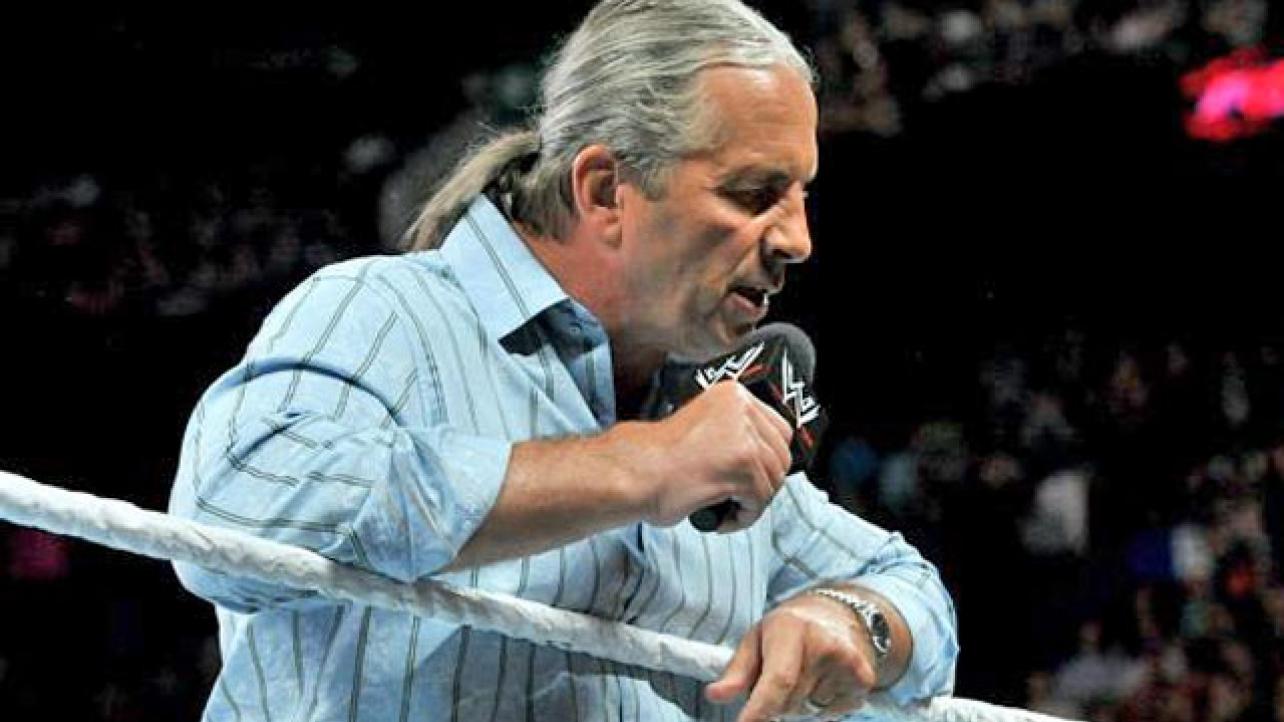 Hart, who has been openly critical of Rollins’ style in the past, including stating that his style could end up killing someone, claimed that he is actually a fan of “The Architect.”

“Actually, I’m a big fan of Seth Rollins. I mean, it sounds like I’ve been a little hard on him the last few months, but I’m trying to make a point to make him a better wrestler, to live up to what I expect out of him. And we’re in this business. It’s not about hurting people, and, too often, people misunderstand my point, and, maybe, including him. Now, he thinks I’ve got a hard on for him, or I’m out to get him, or out to make him sound bad. I’m not. I love his wrestling and I like him as a person. He’s always a respectful guy and I know he’s trying his hardest.”

Hart also commented on the discussion that took place between Seth Rollins and Chris Jericho on Jericho’s podcast. During Rollins’ appearance on the show, he and Jericho commented on Bret Hart’s reaction to Rollins’ “messy” knee to the face of John Cena on RAW several months ago.

“Chris Jericho and Seth did a podcast a few months ago and they were kind of ragging on me for making such a big deal about one little accident in the ring. But I watched, really closely, the match where he kneed John Cena in the face. And do you know what? There’s no excuse for those kinds of mistakes. If you’re doing CrossFit all day and you’re too tired to do your stuff in the ring… there’s just no excuse. And you watch a guy grab a guy and jerk his head down and see him full blast knee him in the face as hard as you can, and actually move his nose to the side of his head, there’s just no room for those kinds of mistakes. He’s lucky, really lucky, that he didn’t kill John Cena right in the middle of the ring. That’s a potential fatality when you make those kinds of mistakes. And then, I know I kind of made a big thing about it, and, the truth is, there’s no room for mistakes in wrestling. When you make a mistake, one time, you could cost somebody’s family everything that they’ve got.”

As far as the “Buckle Bomb” move is concerned, which has injured Sting and Finn Balor, “The Hitman” had plenty to say.

Hart added, “I go, ‘it didn’t even mean anything. It didn’t help the match any more. It didn’t make the match any better. It’s not like everybody went home that night and thought, ‘what a great move that was.” It was a wasted effort, I think, to go through all that trouble to do this move, and then, you hurt somebody.”