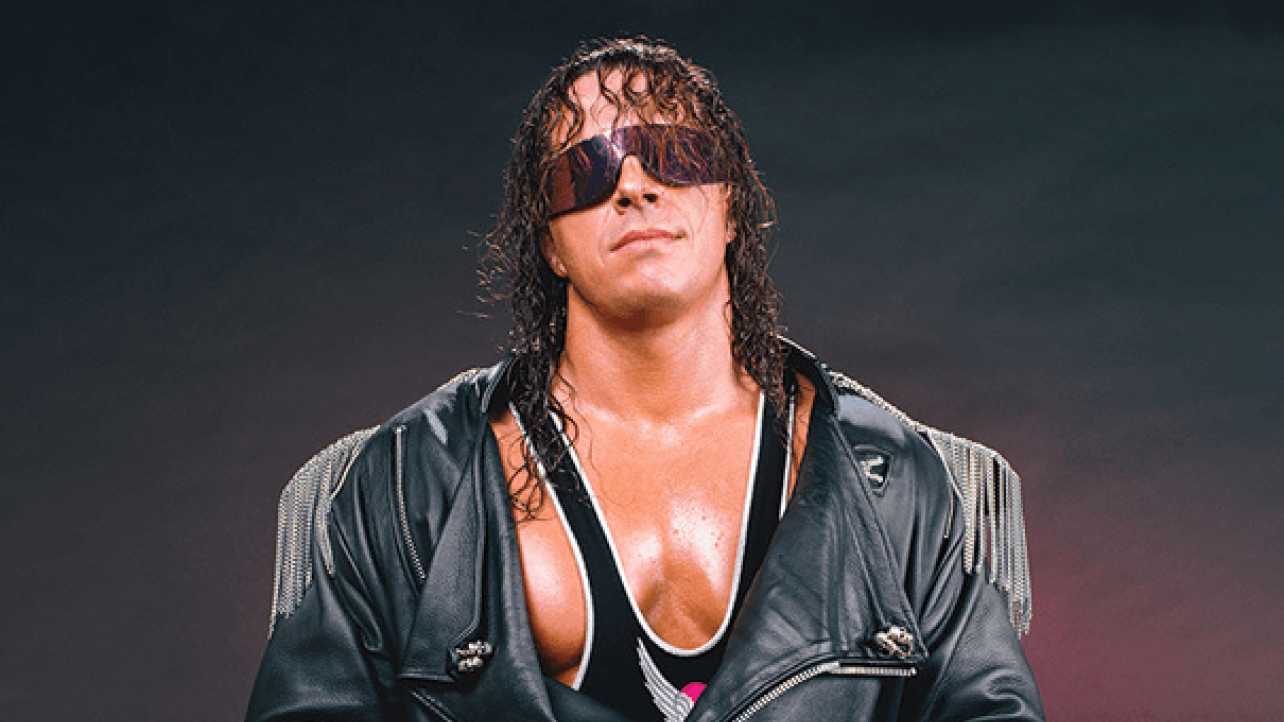 Two-time WWE Hall of Famer Bret Hart recently took part in a virtual Q&A at the Asylum Wrestling Store where The Hitman gave his thoughts on WWE banning leg slaps, and how AJ Styles would be a dream opponent for him. Highlights are below.

Says he’s happy WWE banned leg slaps but believes they did it ten years too late:

“I heard a few days ago that they outlawed or banned or nobody’s allowed to do the slap stuff anymore, and I’m like totally — they should’ve stopped that ten years ago. It’s slap, slap, slap, slap, and my brother Owen [Hart] was one of the guys that started a lot of that. He brought it to — he was one of the best at slapping his leg on spin kicks and stuff. But come on, enough is enough, in every match. You see guys do stuff and you’re going, ‘That wouldn’t even make a slap sound.’ When you punch somebody in the jaw, it’s not a slap sound. You know, it’s a different kind of sound and you’re making a slap sound for everything. Every single move you do is a slap sound, slap, slap and I totally agree. I’m glad they put their foot down on that but they’re like ten years late. They’ve already kind of in a lot of ways, sadly, ruined wrestling by making it so fake.

How Vince McMahon was his favorite commentator, but shows love for Heenan and Gorilla Monsoon:

“I really loved Vince [McMahon’s] commentating. When I watch Wimbley [SummerSlam 1992] back with British Bulldog and Vince’s voice is raspy and he’s calling out the match. Vince was a great color commentator, he was really good. Jim Ross is hard to beat. He was really good too. Even Jerry Lawler was pretty good. For a lot of the stuff Jerry Lawler did, he had a great kind of wit about things he would say, and even Jesse ‘The Body’ was always good at taking the bad guys and kind of giving their side of things which was always — when you were listening, he always did it so suddenly that you never thought it was intentional, like that he’s actually purposely taking the bad guy’s side which is what he was doing but, he made logic of the bad guys, the heels, what they were doing in the ring and why they were doing it and I’ve always been a big fan of even Gorilla Monsoon and Bobby Heenan made a great team of playing off each other and as far as the guys from recent years like, I always liked the commentators from yesterday better. Maybe it’s because I like the wrestling better. But, I think my favorite, if I had to name one would be Vince. I always thought Vince was — when you hear Vince back now and you remember when he was just a — that’s all he was. No one knew he was the owner and all that kind of stuff. It was kind of fun when it was just — and you knew he was a great salesman. He could sell you on a lot of stuff and he was really good at that”.

Says he would have loved to wrestle AJ Styles: