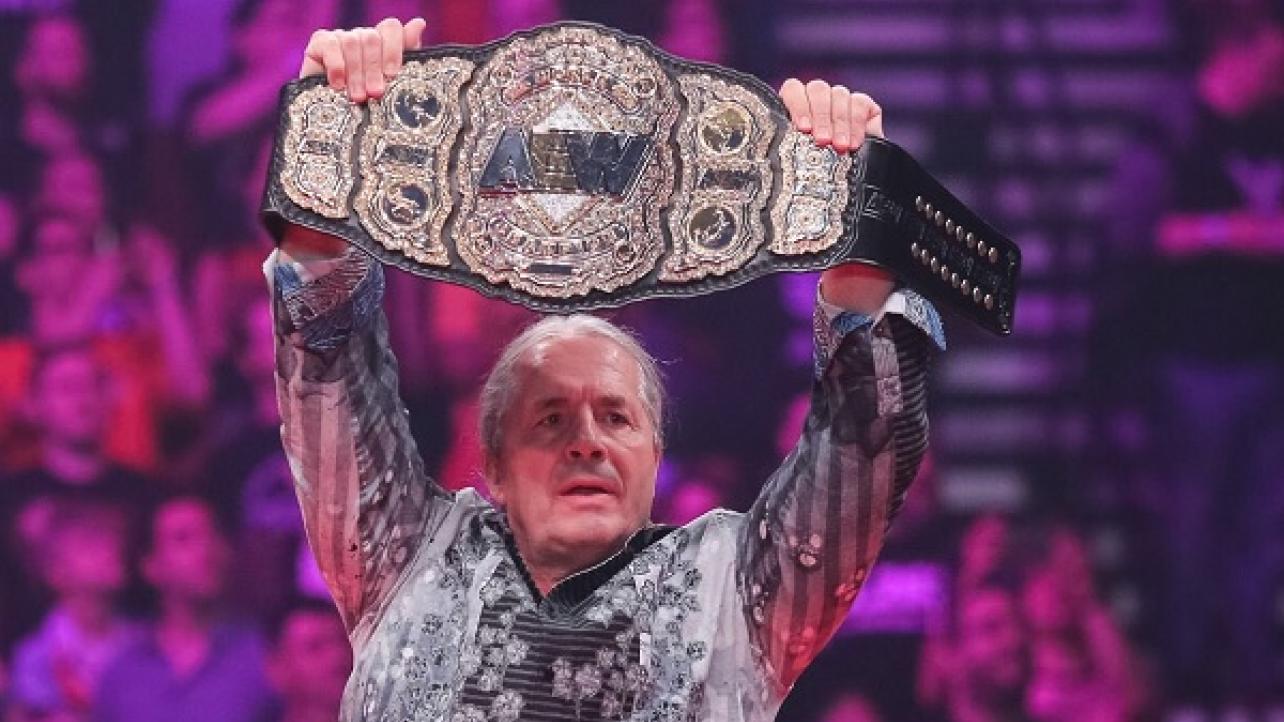 At the inaugural All Elite Wrestling (AEW) pay-per-view, DOUBLE OR NOTHING, on Saturday night, Bret “The Hitman” Hart made a surprise appearance.

The two-time WWE Hall Of Famer came out for an in-ring segment late in the show that saw him unveil the first-ever AEW World Championship belt.

Hart announced that the first-ever AEW World Champion will be crowned when the vacant title match takes place in a couple of months.

Check out videos and photos of Bret Hart’s surprise appearance at Saturday night’s PPV, as well as the introduction of the first-ever AEW World Championship belt below.