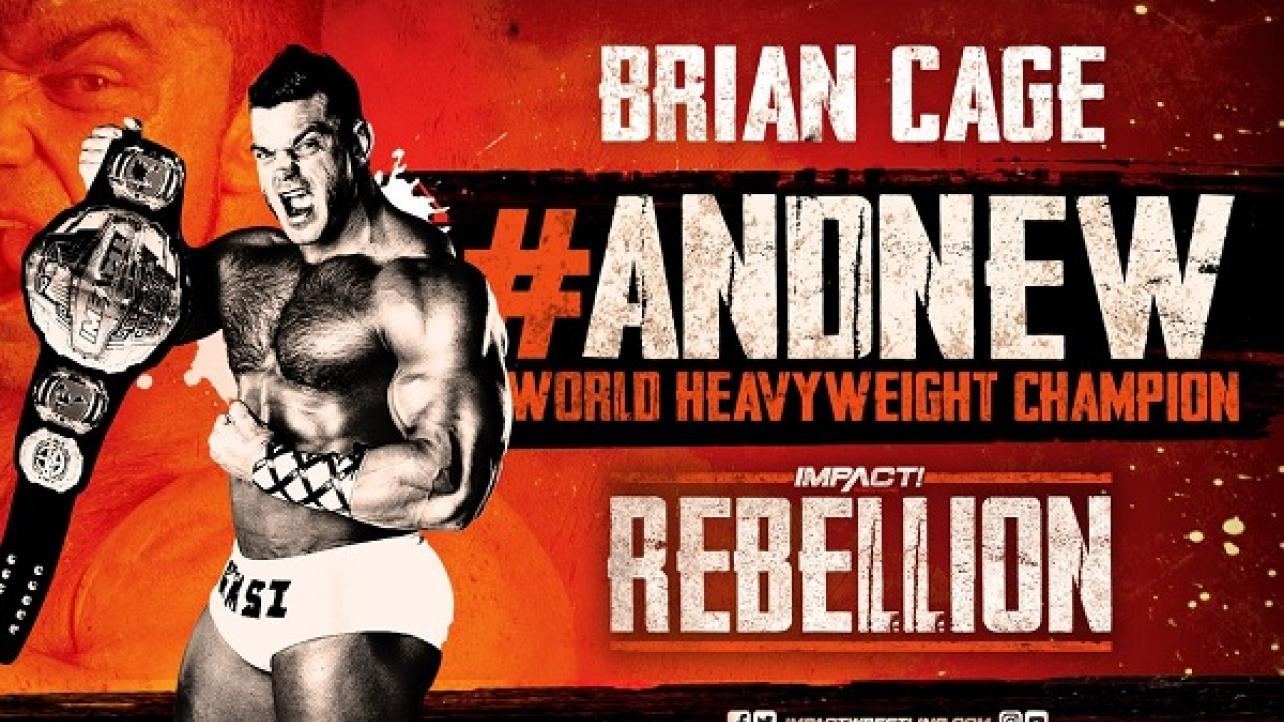 Brian Cage Gives Update On His Condition: Will He Be Out Of Action?

As noted, Brian Cage was hospitalized (PHOTO HERE) after the Impact Wrestling: Rebellion 2019 pay-per-view on Sunday night due to a tough bump he took during his match with Johnny Impact on the show (VIDEO HERE).

On Monday morning, the new Impact Wrestling World Champion appeared on Busted Open Radio and provided an update on his condition.

“Yeah, it doesn’t look like I’m going [to be] out,” said Cage when asked if he was going to be on the sidelines as a result of the injury he suffered on Sunday night.

He added that the doctor told him that he thinks he is going to be fine and just has severe inflammation and a bone bruise, and that there could be a small fracture. If there is, there isn’t much that can be done for it other than letting it heal on its’ own over time.

Check out highlights of Brian Cage on Busted Open Radio below.

EXCLUSIVE: New @IMPACTWRESTLING World Heavyweight Champion @MrGMSI_BCage gave @davidlagreca1 & @bullyray5150 an update on what landed him in the hospital after winning the championship at #IMPACTRebellion last night. pic.twitter.com/mtr0Z3Sr2O

Brian Cage Gives Update On His Condition: Will He Be Out Of Action?